A Texas man has been sentenced to life in prison without the possibility of parole after a jury found him guilty of capital murder of a doctor who died last year, 30 years after a sexually motivated attack that left her incapacitated.

George Guo, 58, was convicted of attacking, raping and strangling Dr. Katherine Bascone in her home in the wealthy Dallas enclave of Highland Park. The attack left Bascone with a brain injury that resulted in blindness and paralyzing injuries that required lifetime care. Prosecutors did not seek the death penalty for Guo,

Authorities were unable to identify a suspect at the time but after Bascone died in February 2018 and a medical examiner ruled her death a homicide, they reopened the case and resubmitted DNA samples collected from Bascone’s home. 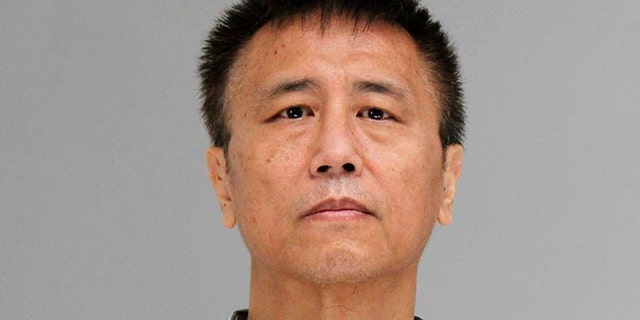 George Guo, 58, was convicted Monday following a jury trial. Prosecutors did not seek the death penalty and Guo was immediately sentenced to life in prison without the possibility of parole. (Dallas County Jail via AP, File)

The testing led investigators in June 2018 to Guo, who was living in Houston and was a registered sex offender.

Guo was convicted in 1991 for burglary of a habitation after breaking into the apartment of a Southern Methodist University student in the Dallas area. Authorities broke down the apartment door and caught Guo with condoms, a ski mask, military tear gas and syringes filled with sedatives, prosecutors previously said.

Guo is a graduate of the University of Texas Southwestern Medical School in Dallas, prosecutors said, and was a licensed physician at the time of the break-in.

He also was convicted of burglary of a habitation with intent to commit sexual assault in a 1999 incident in which he was caught breaking into a young woman’s residence, authorities said.

He was sentenced to 14 years in prison in that case and was released in 2013.