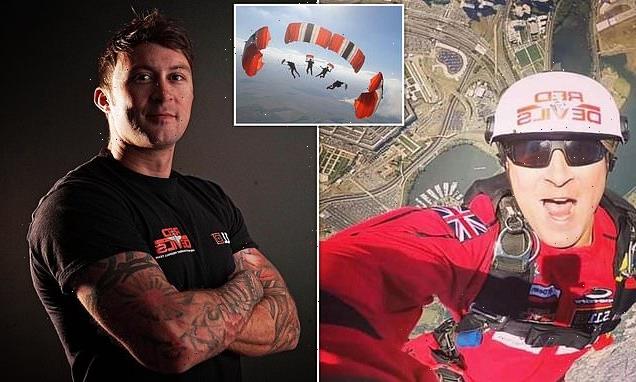 Red Devils ace plunges 3,500ft to his death after chute gets caught in fellow jumper’s lines

The Sergeant Major of the British Army’s world-famous parachute display team has been killed in a jump tragedy.

Sergeant Dean Walton of the Red Devils died after a mid-air collision during a training jump in Spain on Friday.

The lines of his parachute became entangled with those of another jumper, causing his canopy to collapse. He then went into a severe spin, after which he crash-landed at high speed.

Despite emergency medical treatment at the drop zone, he was pronounced dead. The jumper who collided with Sergeant Walton in mid-air, who then desperately tried to save his life, wrote a harrowing account of the tragedy on Facebook.

‘We left the aircraft at 15,000ft and were under good canopies [fully deployed chutes] by 3,500ft. Dean approached and was positioned at 45 degrees directly behind and above.

‘This required deep brakes to stay in position and it is thought due to this Dean’s canopy stalled and collapsed, sending him through my canopy and entangling him within my lines. 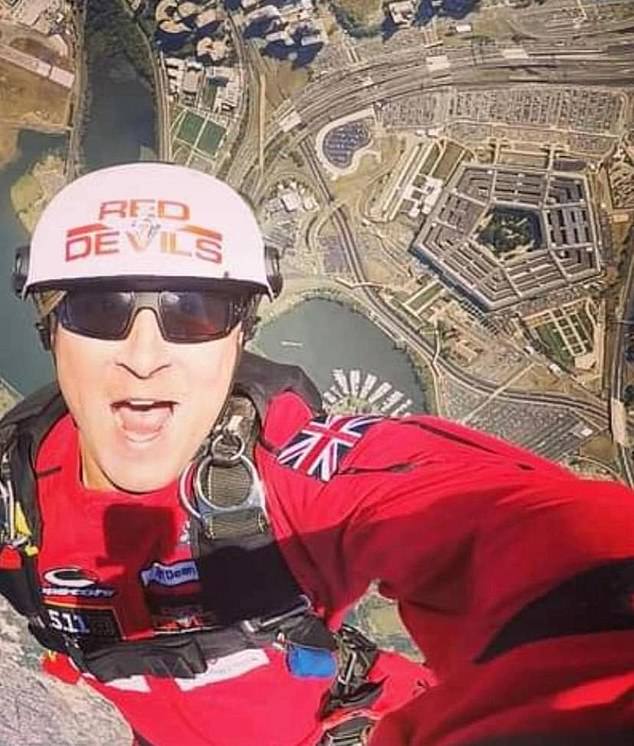 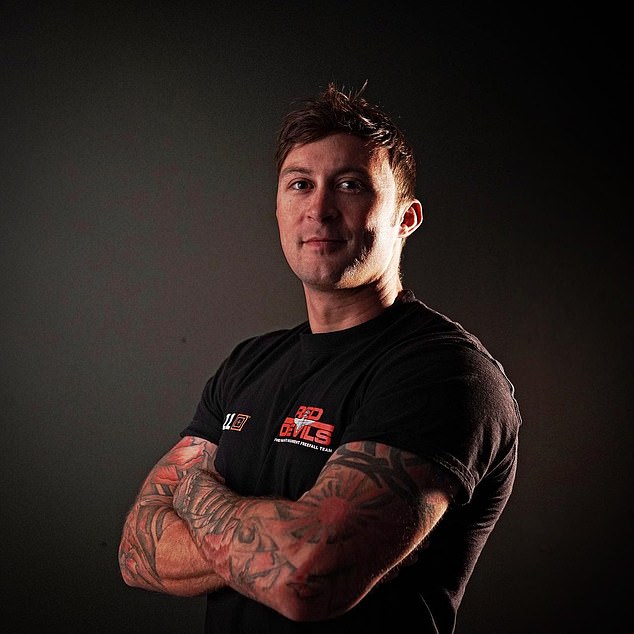 The lines of Sgt Walton’s (pictured) parachute became entangled with those of another jumper. He later went into a severe spin and crash-landed at high speed

‘This sent us both into a severe spin and increased our fall rate dramatically. At this point I had no option but to cut away and pull my reserve. Dean’s canopy was inflated but descending at a faster rate. I identified he was seriously injured. I conducted life-saving treatment but due to the severity of his injuries I was unable to resuscitate him.

‘I am devastated at the loss of Dean who was super talented and loved what he did.’

Formed in 1964, the Red Devils are the Army’s official parachute display team. The team is made up of serving paratroopers who return to combat duties after their performances.

The Red Devils are the Army’s equivalent of the RAF’s Red Arrows. They perform at least 60 public displays in the UK and internationally each year, jumping into sports stadiums, festivals and race tracks. 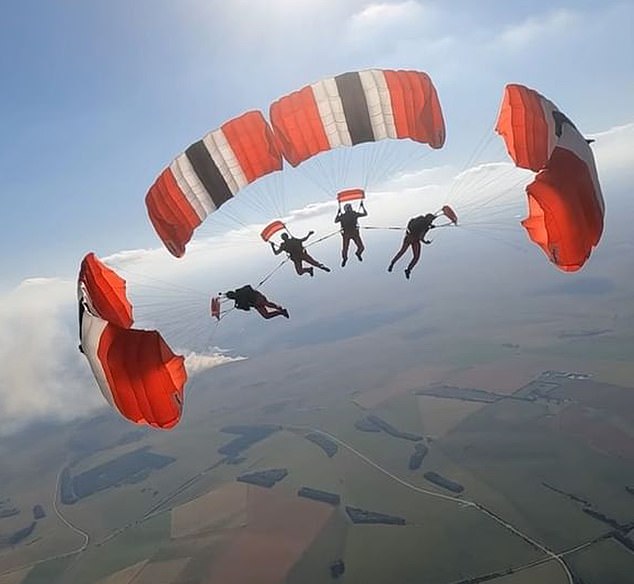 Daredevils: The elite paratroopers in one of their high-octane feats. The Red Devils are the British Army’s official parachute display team

Last year Sergeant Walton led his colleagues on a performance to mark England reaching the final of the Euro 2020 women’s football championships. According to his LinkedIn profile Sergeant Walton, from Portsmouth, had been a military parachutist and instructor for more than 17 years.

He described his role in the display team as ‘co-ordinating the activities of a large team of highly skilled military parachute demonstrators. I am also responsible for equipment maintenance and team training’.

Last night the Army said: ‘It is with sadness that we can confirm the death of Sergeant Dean Walton. Our thoughts are with the soldier’s family and friends at this difficult time.’

In February 2021 an SAS soldier on a secret parachute jump was critically injured in Iraq after colliding in mid-air with a US Special Forces parachutist. Their lines became entwined after they jumped from 18,000ft. The US soldier was also badly injured when they crashed down to earth.

The accident in hostile territory, exclusively revealed by the Daily Mail, triggered a dramatic rescue operation.

The purpose of their mission was never confirmed. Official UK defence sources claimed the incident happened during an exercise, but airborne soldiers who were friends with those involved said it was an intelligence-gathering mission against Islamic State.

They added that the environment was too dangerous for exercises.

A Fijian SAS soldier was badly injured last year when his chute failed to deploy properly on a jump in California. In 2020 two SAS soldiers were badly hurt when they parachuted on to power lines during an exercise in Fife, Scotland.