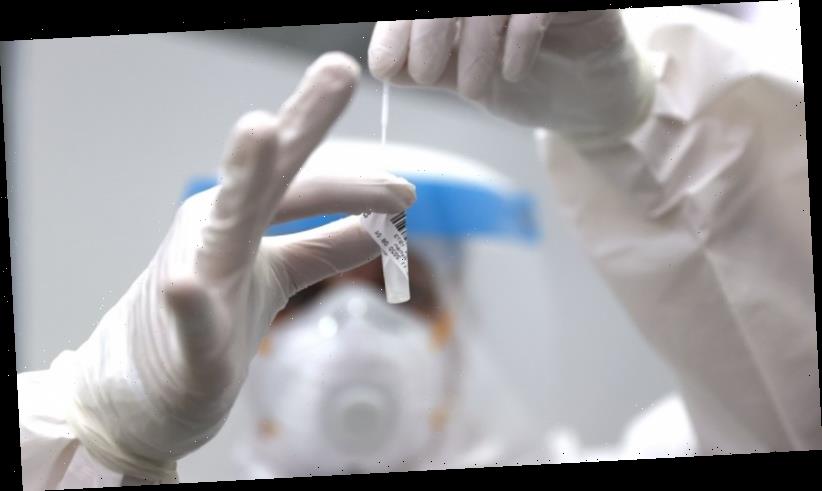 Rapid COVID-19 tests being considered for a rollout by the Victorian government could miss one out of every four infected people.

The data, published by the Doherty Institute for Infection and Immunity on Wednesday, raises questions about how useful the tests would be in a country like Australia where there is very little virus. 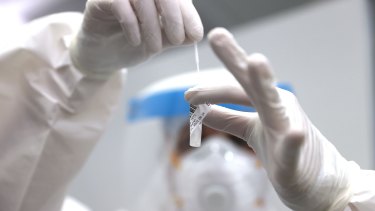 A rapid antigen test: while not the most accurate, they are more readily available.Credit:Getty

In testing of 2413 people without the virus and 22 with infections confirmed by polymerase chain reaction (PCR) testing, the rapid test missed seven infection and produced one false positive.

However, the test’s accuracy dramatically improved to 100 per cent when used within seven days of the start of symptoms. People with symptoms are typically advised to isolate even if they return a negative COVID-19 result.

Professor Deborah Williamson, co-lead author on the study and deputy director of the microbiological diagnostic unit public health laboratory at the Doherty Institute, said “considering the limitations in test sensitivity and the potential for rapid transmission in susceptible populations, particularly in hospital settings, careful consideration is required for implementation of antigen testing in a low prevalence setting.”

The state government had been hoping rapid and cheap antigen tests would become a key part of its testing strategy, with plans to roll them out at high-risk sites like meatworks, hospitals and aged care centres.

Under the plan, workers and visitors could be tested before they started work, stopping the virus at the gates.

The Victorian Department of Health has been contacted for comment.

However, they are several times less sensitive, requiring much higher levels of virus to build up before they can detect it.

After the federal government spent millions on COVID-19 antibody tests that were too inaccurate to use early in the pandemic, Victoria’s Health Department opted for a cautious approach, commissioning the Doherty Institute to validate the tests before they were rolled out.

The Doherty’s testing, published Wednesday in The Lancet Regional Health – Western Pacific, suggests the rapid tests will miss one in every four positive COVID-19 cases.

The antigen test’s sensitivity varied depending on when the people were tested, with best performance coming in the first few days after symptoms developed.

“However, we found many challenges around implementation of these tests, ranging from how to conduct the tests in a safe environment, choosing the population to test – symptomatic or asymptomatic – given the occurrence of false positives and negatives, to the additional waste that’s created by using the device,” Professor Williamson said.

“Given the high specificity, antigen-based tests may be most useful in rapidly triaging public health and hospital resources while expediting confirmatory PCR testing.”