A 'KAREN' was filmed threatening to call the police on a black woman in California after claiming she "accosted" and "attacked" her.

In a video posted to Instagram by the black woman's brother, a woman is shown calling the police after saying she was accosted by an "African" at Manhattan Beach. 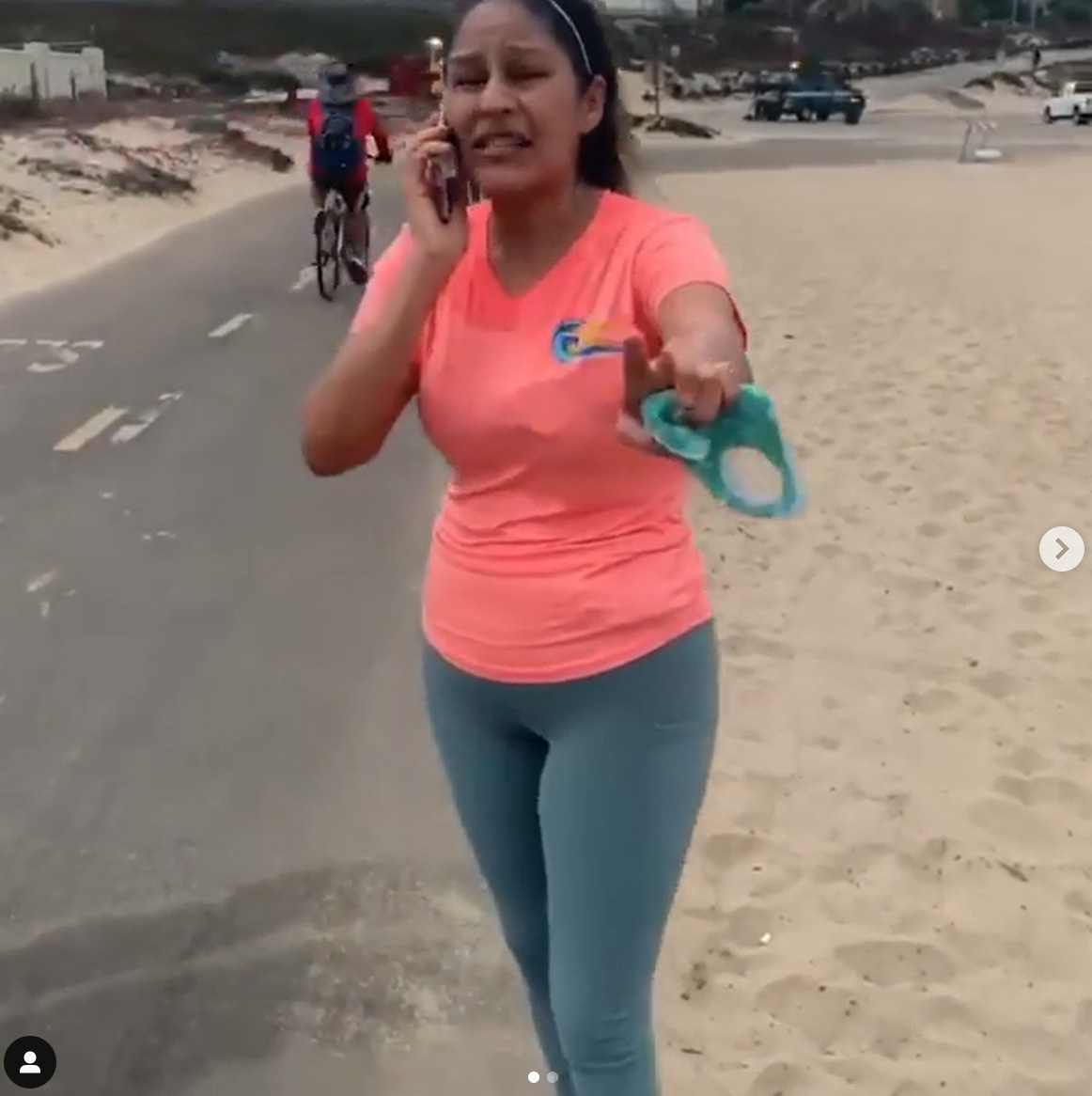 "Africans are so f–king violent," she is heard saying in the video.

She proceeded to ask the black woman if she was African so she could provide a "description."

The woman who filmed the encounter is heard saying that the Karen called her the N-word. 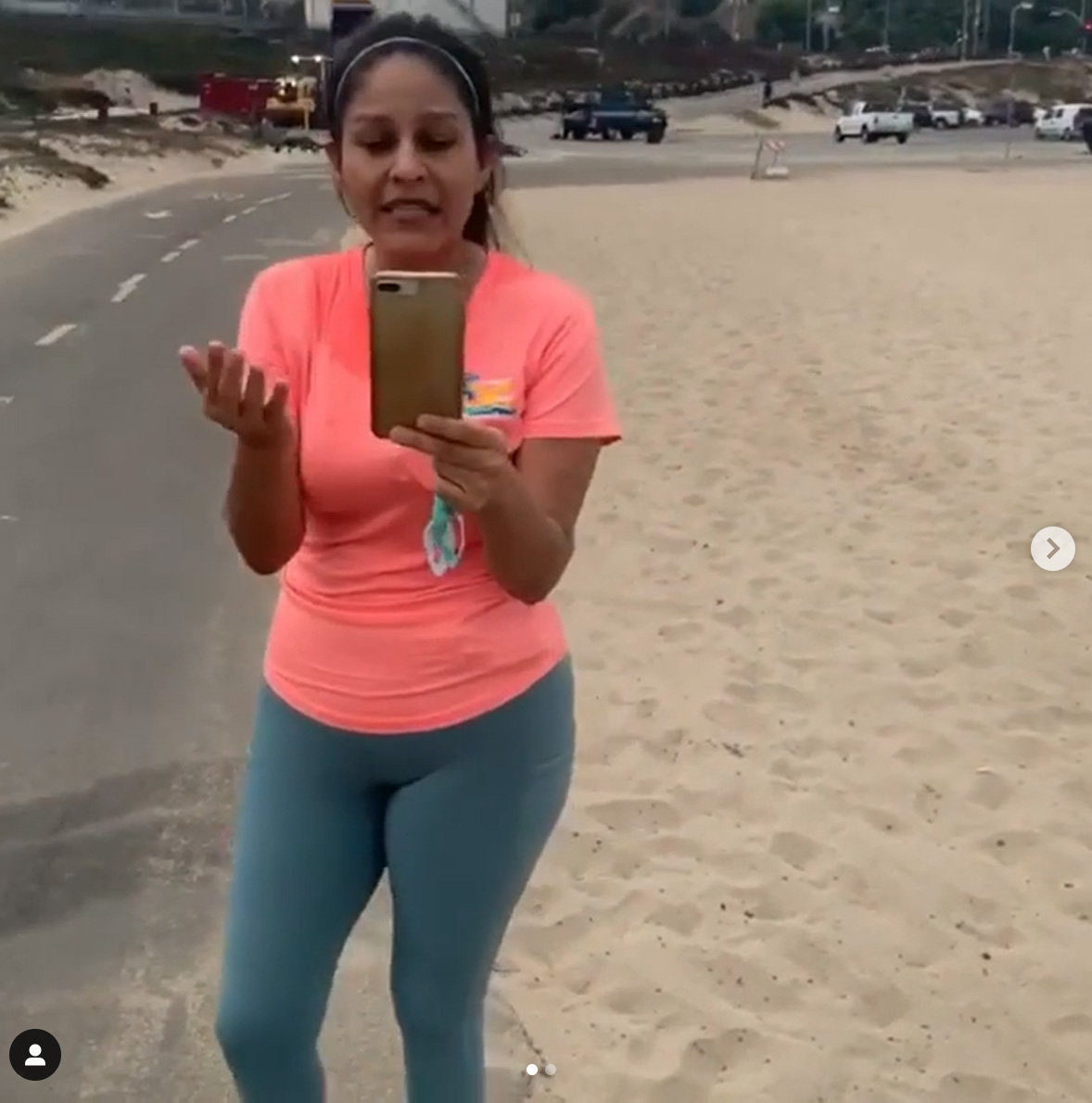 "You're trying to put words in my mouth," the woman said in response.

Karen is a pejorative terms coined in the US for a white woman perceived to be entitled and privileged.

In a second video, the woman is seen on the phone with the police, claiming the black woman attacked her. 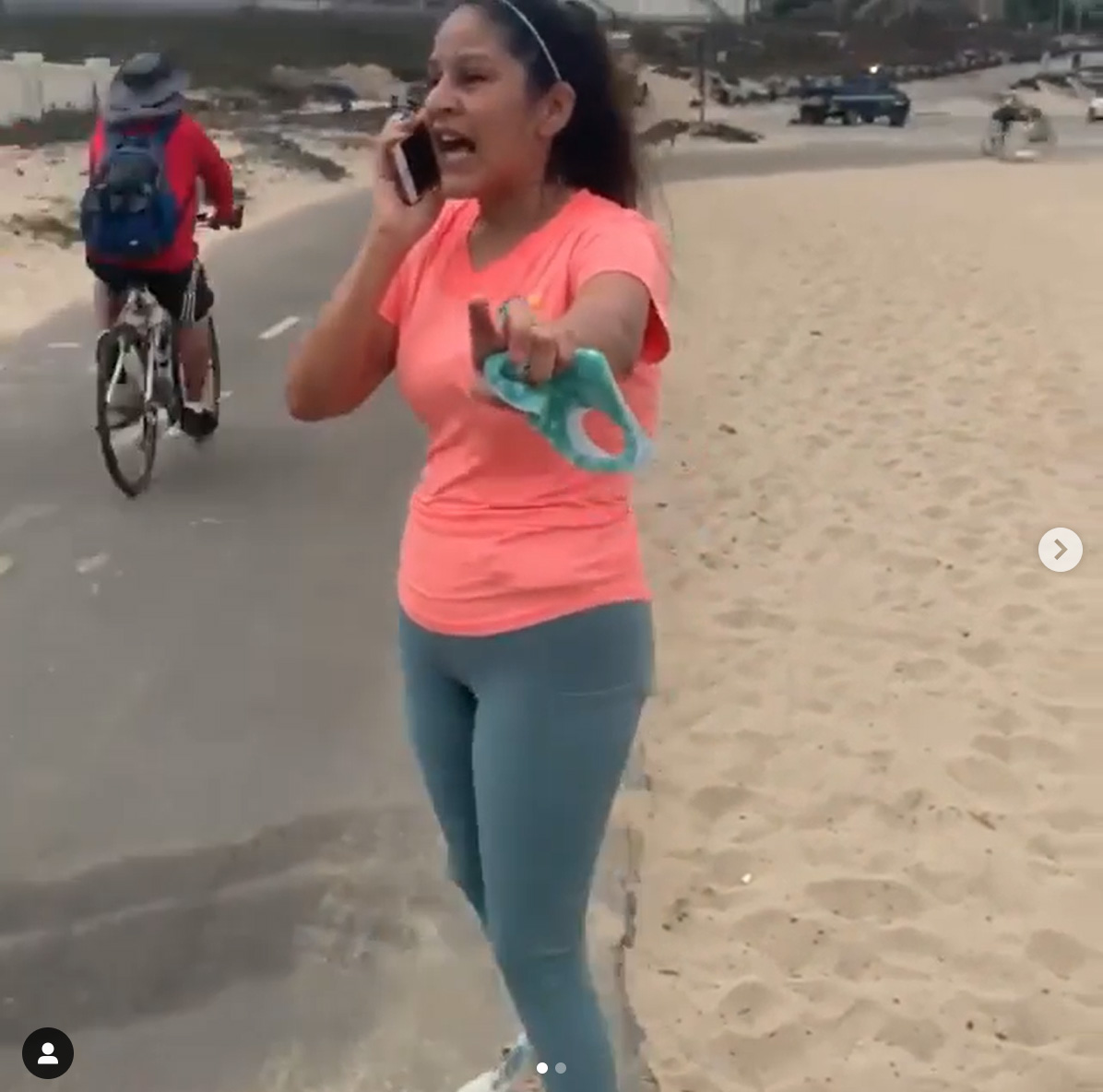 Brandon Crockett, the brother who posted the video, said he didn't think "this would happen to myself or my family member."

"While my sister was out on a run this morning, a woman shouted at her, calling her all sorts of n—-r and African and…well you can just watch the videos."

Crockett wrote that he "had enough of seeing my own people being accosting in the middle of their daily activities for quite literally, just being black."

He called upon his followers and friends to call out "blatant ignorant acts of racism" when in public, voting and petitioning.

"Don't sit back and watch your fellow human beings endure this kind og treatment," he said.