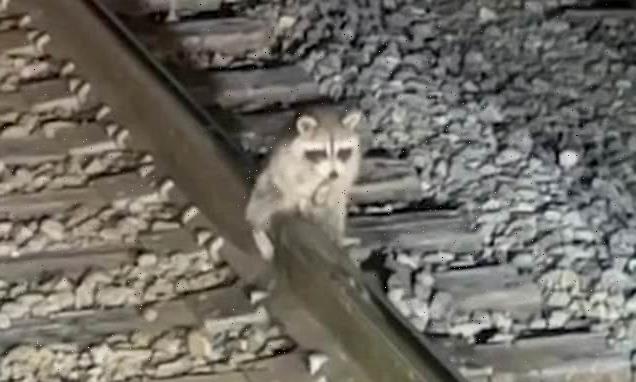 Freeze things happen! Stricken raccoon is stuck to the railway by his testicle hair after temperatures plummeted to -12 C before railway workers freed him using warm water and a shovel

A railroad worker rescued a raccoon from an oncoming train carriage after he became frozen to the track by the hair on his testicles.

Railroad worker Neil Mullis, 35, was on the job when he found the traumatized animal.

Mr Mullis, from Cochrane, Georgia, USA, stop to help the ‘little fella’, who he carefully removed with water and a shovel.

He said: ‘I poured the warm water under his bottom while a co-worker worked the shovel under his butt to try and break him loose.

‘After about five minutes of slowly working him loose, he was free. He jumped off the rail and ran in the woods never looking back.’ 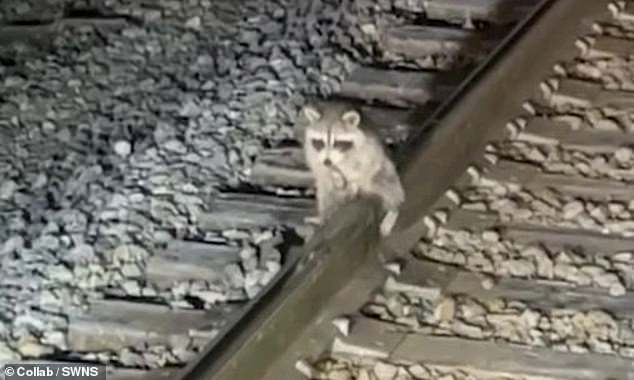 Damsel in distress: the animal was saved after getting tied to the tracks by hair testicle hair 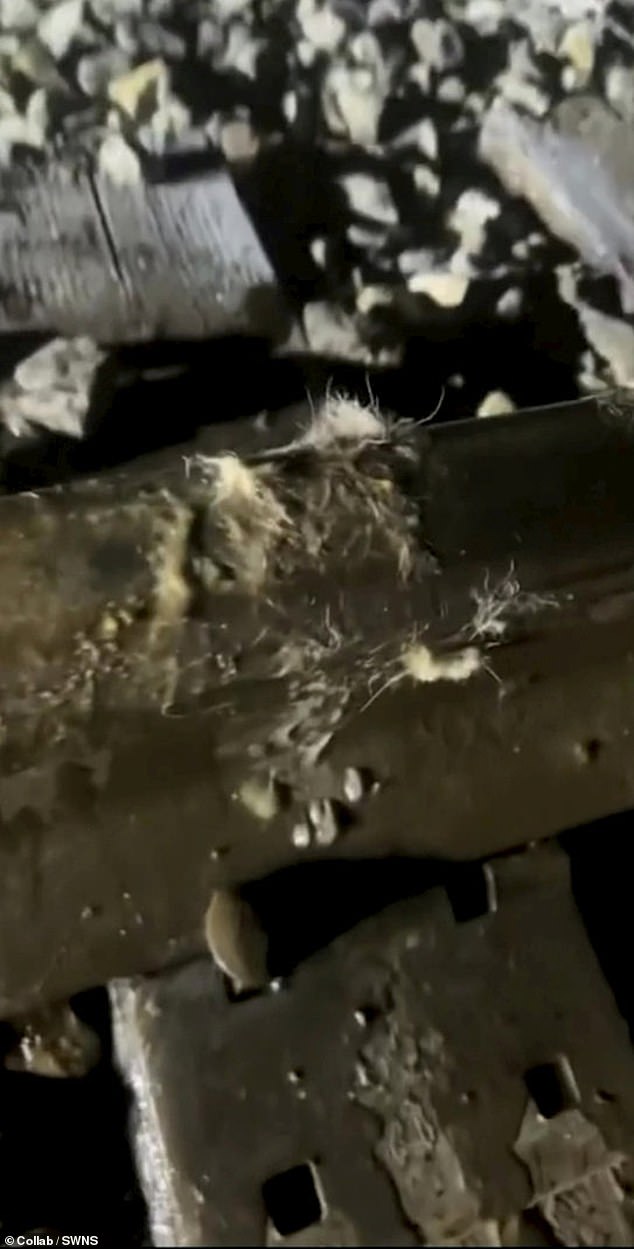 In the video filmed on 19 December 2022, Mr Mullis can be heard saying, ‘Poor b***ard’s n**s are frozen to the rail,’ as he finds the helpless little man.

After freeing the animal with hot water and a shovel, Mr Mullis cuts to the aftermath.

Raccoons are naturally shy animals but can be aggressive when threatened and should be handled with caution.

Male raccoons – called boars – often live on their own, and are denning animals, preferring to avoid large open spaces.

This is made more difficult by deforestation, pushing them into urban areas for safety and food.

While they prefer temperate climates, raccoons have dense underfur to protect them from the cold – less helpful when crossing railway tracks. 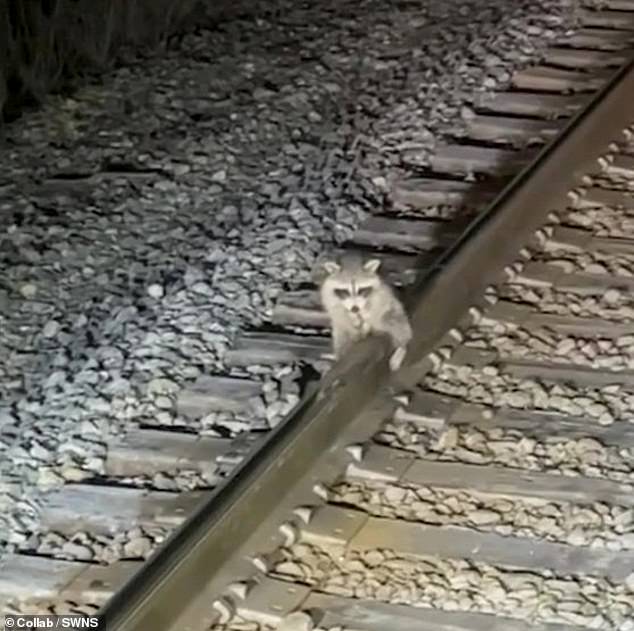 Neil Mullis, 35 from Georgia, was at work when he came across the animal frozen to the line

Despite the intense rescue efforts from Neil and his colleagues, nobody could tell how, or why, the raccoon got into this predicament.

Neil added: ‘I’m guessing because it was -12 degrees outside somehow he was crossing over the rail and sat too long and got stuck!’