R KELLY’s trial got underway on Wednesday as he faces charges of racketeering for allegedly running an underage sex ring where victims would be forced to call him “Daddy.”

Experts have said that his entourage and others allegedly involved in the crimes could turn on the music star as his reported victims are also scheduled to give testimony. 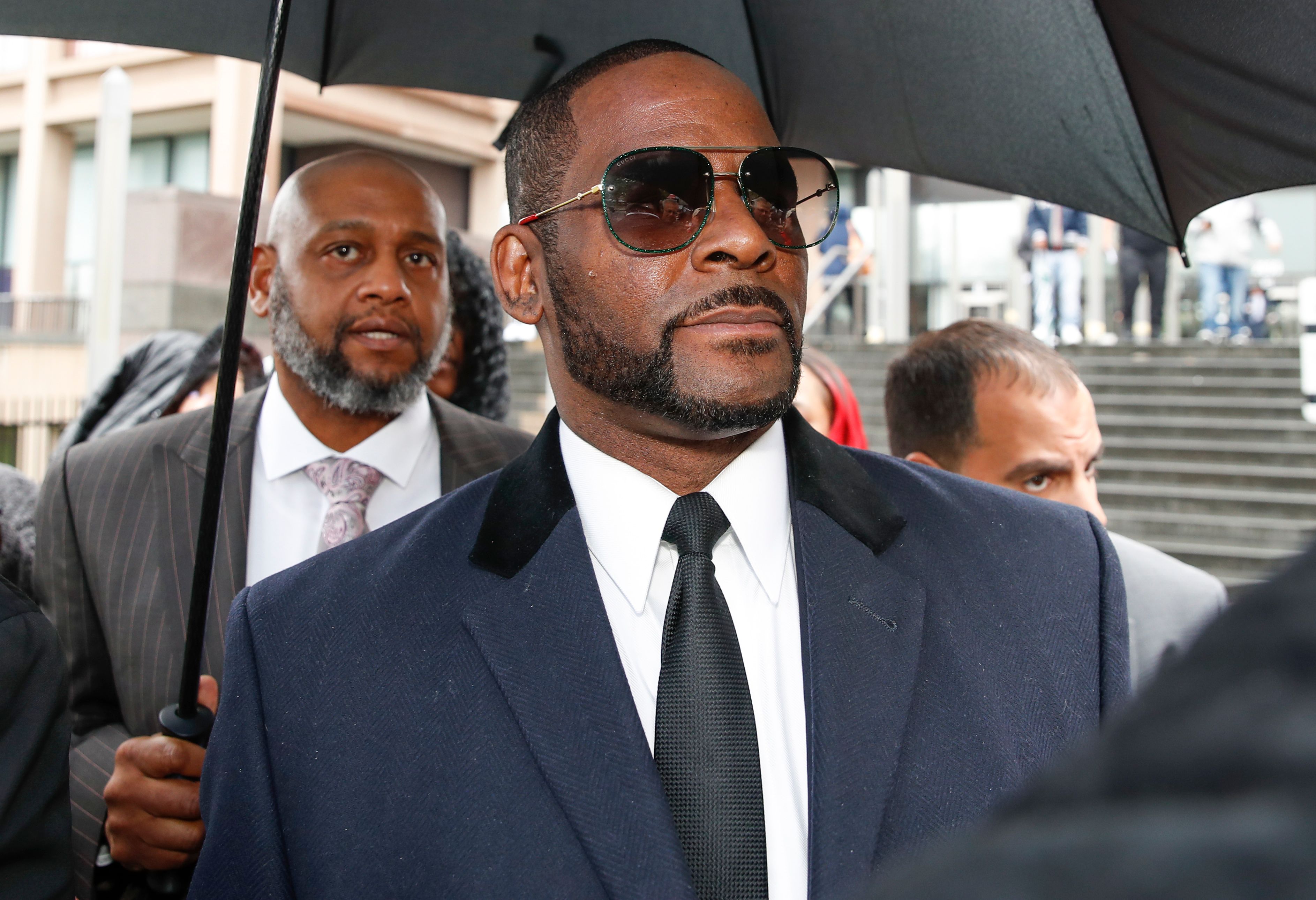 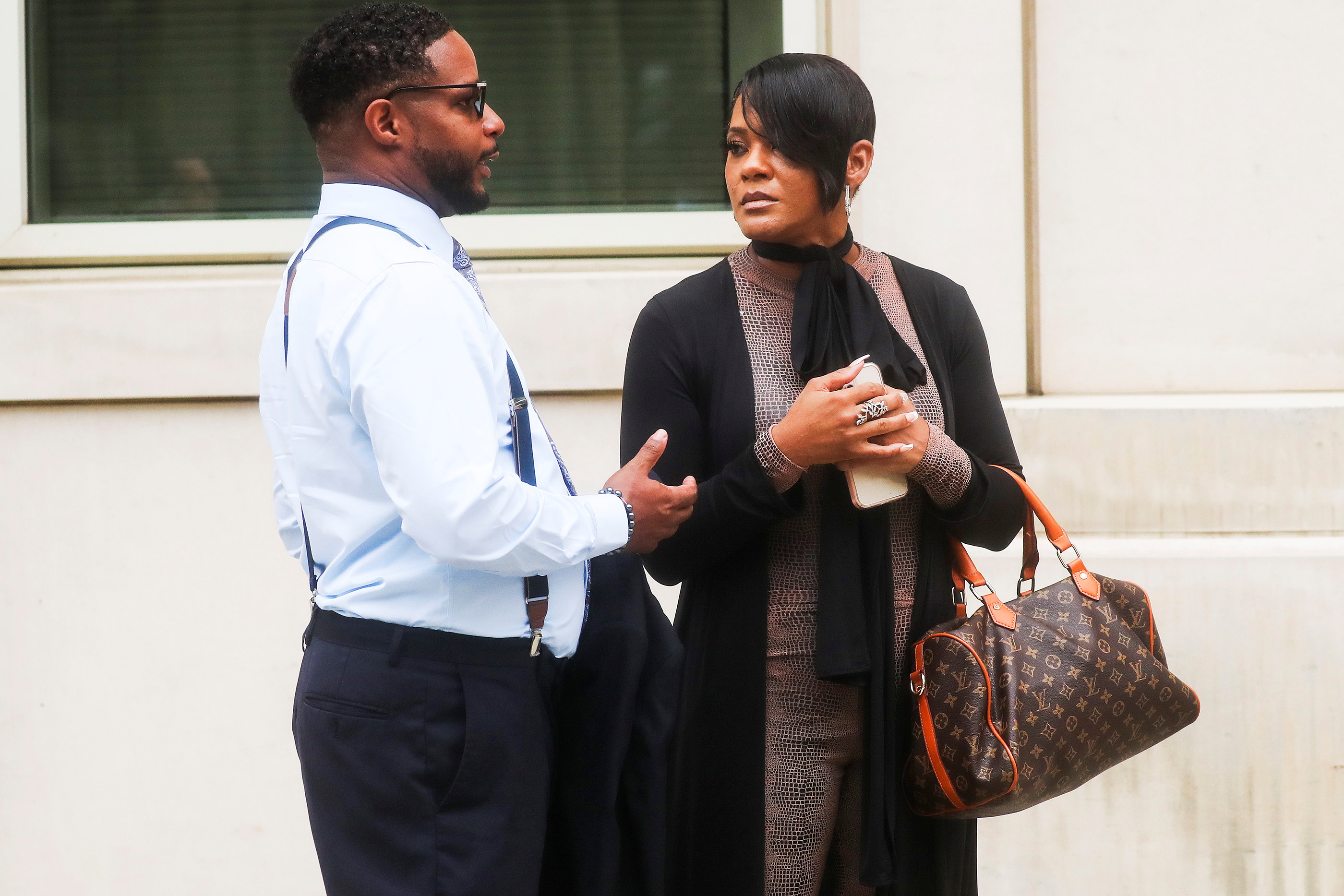 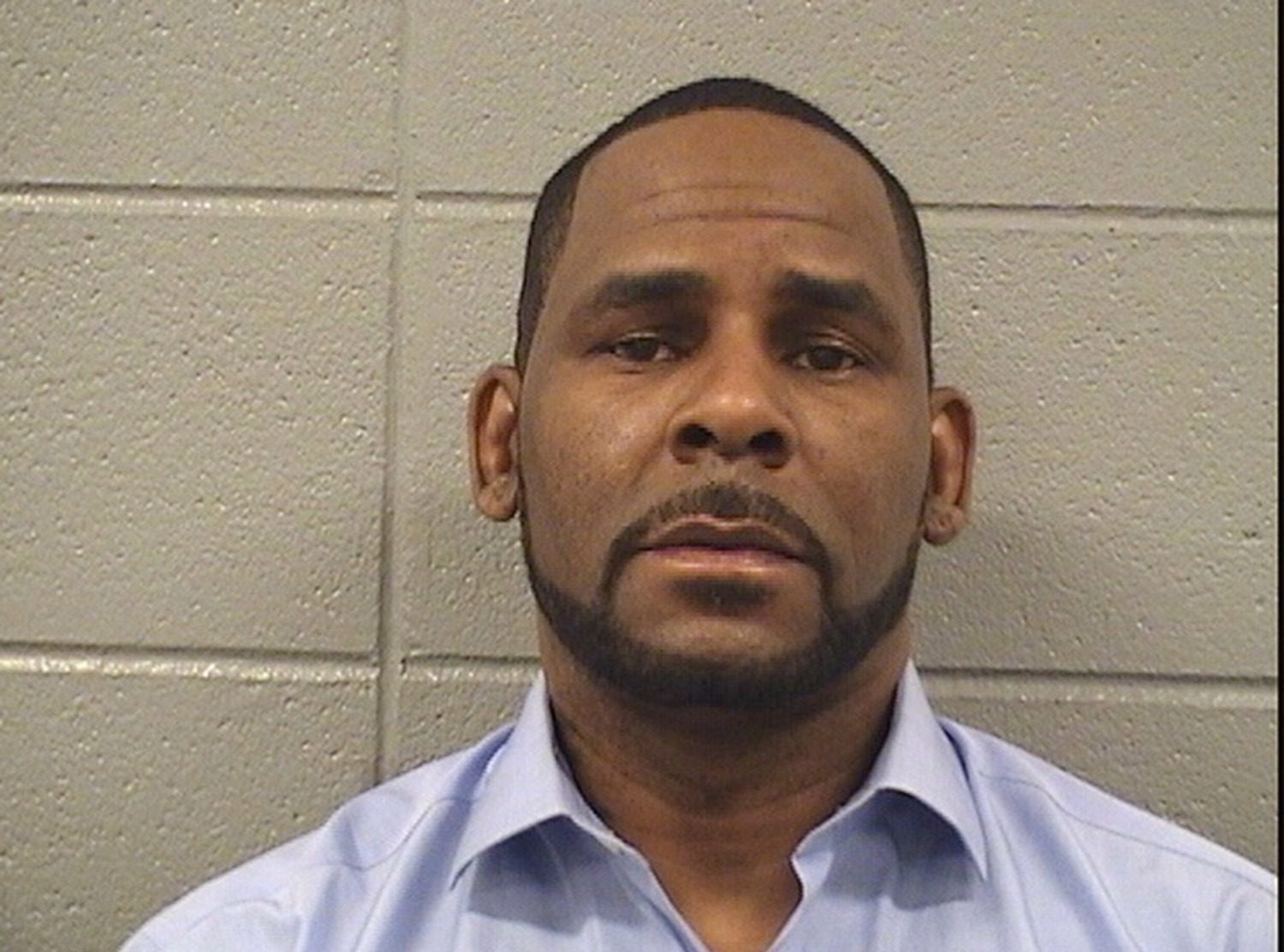 Kelly, 54, was locked up in 2019 after being accused of using his position of power to lure young women and girls under the pretense of helping their music careers.

Some charges related to a sex tape he is said to have made with an underage girl.

In total, he is accused of engaging in sex acts with five minors and using threats to keep victims quiet.

“R. Kelly, together with employees and members of his entourage, engaged in a racketeering enterprise that preyed upon women and girls who attended his concerts so that the victims could be available to engage in illegal sexual activity with him at a moment’s notice,” former United States Attorney Richard Donoghue said following his indictment two years ago.

Yet some legal experts believe that others allegedly involved in the ring could testify against the singer at trial.

Since his 2019 arrest, three of Kelly’s associates have also been charged for trying to “intimidate, threaten, or corruptly influence” his accusers.

“Williams also performed internet queries about the detonation properties of fertilizer and diesel fuel, witness intimidation and witness tampering, and countries that do not have extradition with the United States,” the complaint against him said.

The woman was only 17 when she allegedly had sex with Kelly.

“Me and another person offered Jane Doe money for her to not go forward with her complaint or testimony against Robert Kelly,” Arline Jr. admitted during his virtual plea hearing in Brooklyn earlier this year.

“I knew what I did was wrong.”

Jeffrey Cramer, a New York former federal prosecutor, told The Daily Beast that if evidence is provided by these men, it could be invaluable.

“Anytime you have people on the inside, whether it’s a RICO case or a conspiracy case, it’s really important,” he said.

“While you could have documents or other people testify, prosecutors need people who have been in the inner workings of the enterprise, [and] know what happened. It makes for an easier presentation for prosecutions.

“In my experience, usually, when you have multiple people on the inside all say fairly consistent testimony, it’s very powerful.”

The third associate arrested last year, Donnell Russell, a “self-described manager, advisor, and friend of Kelly,” was in the middle of plea negotiations for interstate cyberstalking charges when he was arrested.

Legal experts told The Daily Beast that he could also be extremely useful in going after Kelly in court.

“Prosecutors need folks involved in the enterprise, involved in the intimidation or the bribery, to provide information about the mechanics on how everything went down,” former federal prosecutor Neama Rahman said.

“And the feds are very good at flipping people, so [I] wouldn’t be surprised if there are cooperating witnesses we don’t know about,” he added.

It comes after the sordid details of Kelly’s alleged sex ring emerged as accusations circled for decades.

In February 2002, a reporter anonymously received a video allegedly showing Kelly telling a girl to call him “daddy” and urinating in her mouth, and shared it with the police.

The girl’s aunt told the reporter, who worked for the Chicago Sun-Times, that the girl had only been 14.

Kelly was charged with 21 counts of making child pornography, with all charges relating to one female victim.

However, Kelly denied all charges.

The jury eventually concluded in 2008 they could not prove the girl on the tape was a minor, and Kelly was found not guilty of all charges.

He was later arrested and charged with another 12 counts of making child pornography – but all charges were dropped.

An article written by BuzzFeed published in 2017 alleged: "parents have told police that R. Kelly is keeping women against their will in an abusive 'cult' that's tearing families apart."

Three former employees said six women – all of legal age – lived in properties rented by Kelly, and "he controls every aspect of their lives: dictating what they eat, how they dress, when they bathe, when they sleep, and how they engage in sexual encounters that he records."

They also claimed he made them dress in sweatpants and were required to call him "Daddy." 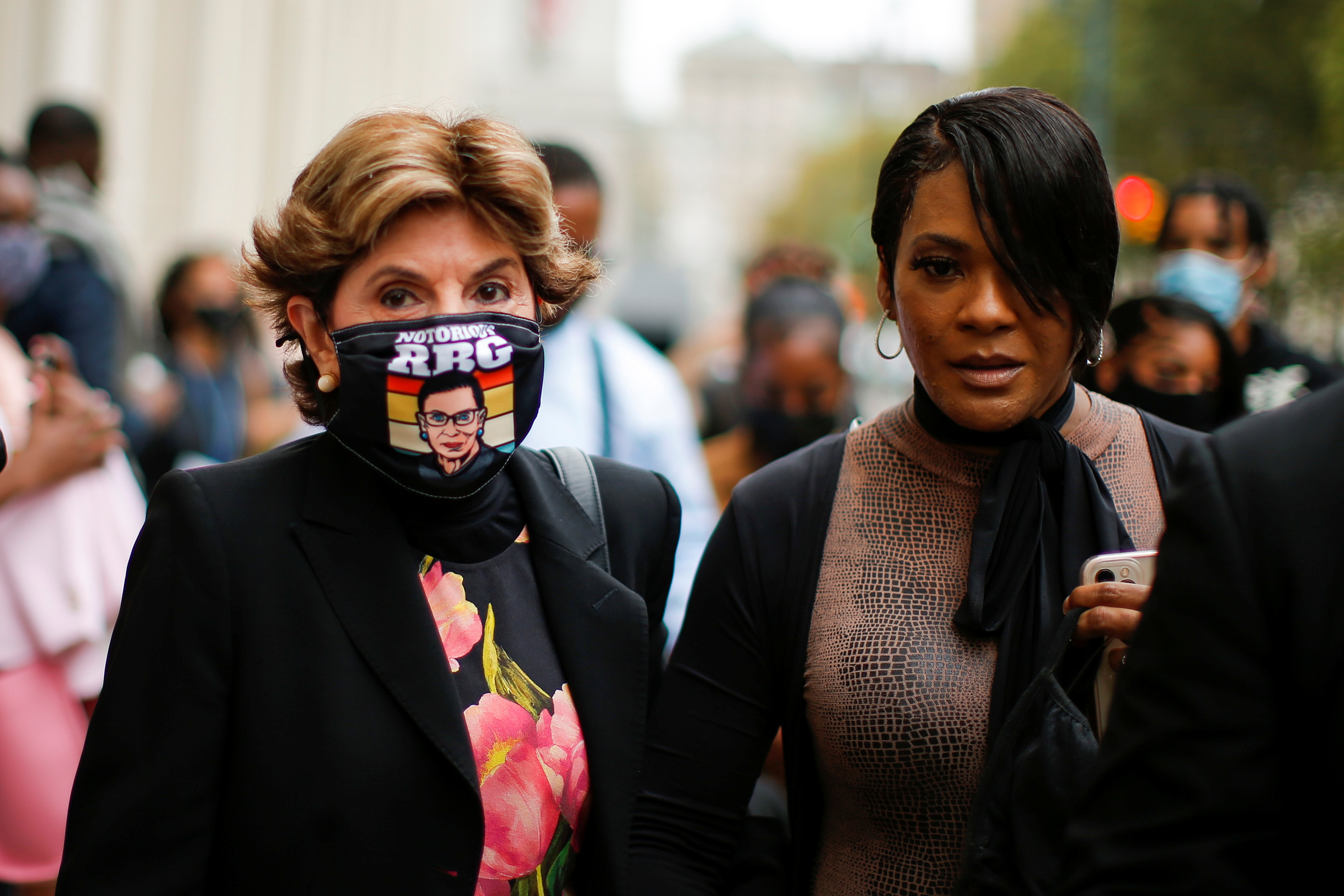 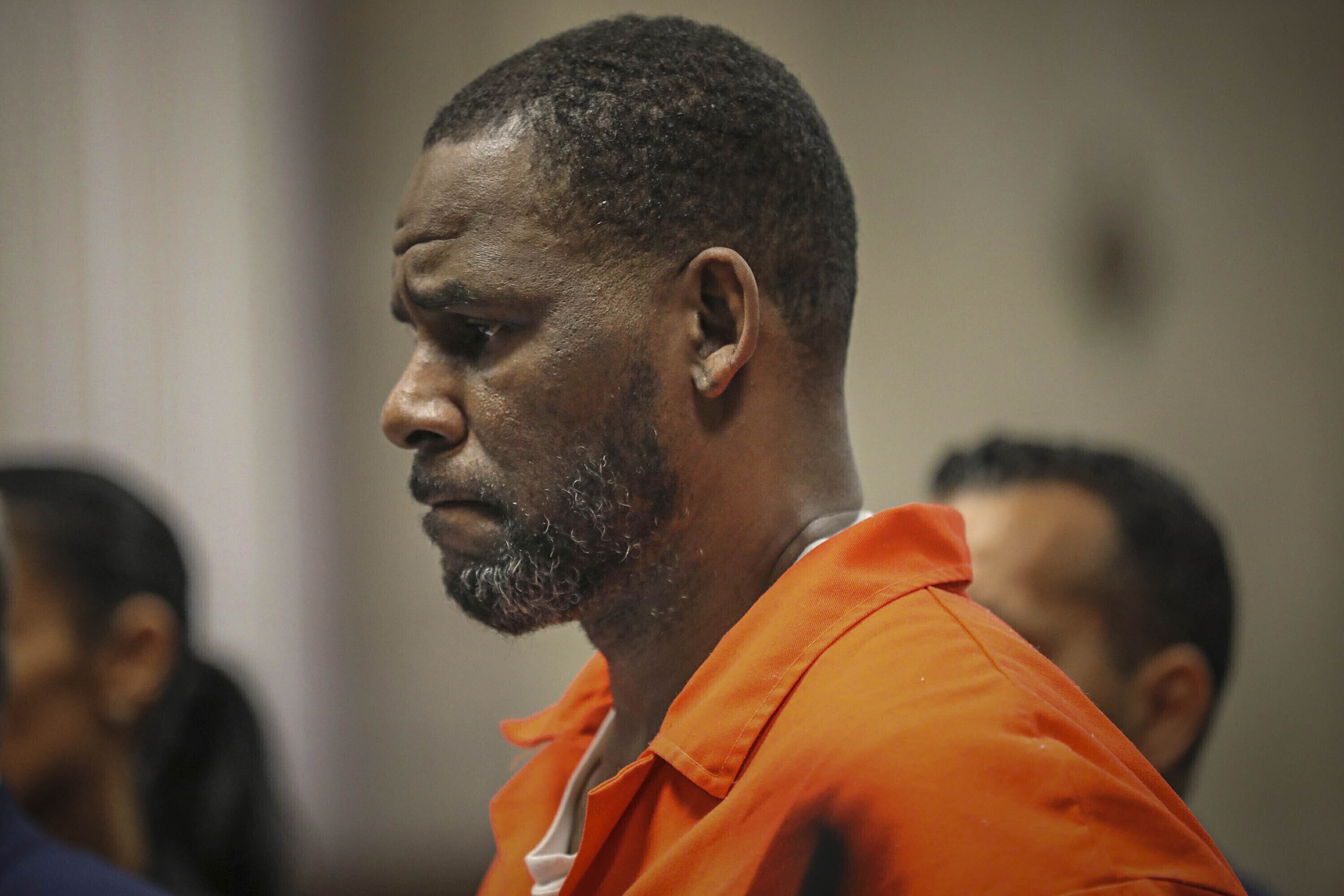 These claims were also brushed off by the singer and even by one of the victims herself, Jocelyn Savage, who told a news channel she was fine and not being held against her will – although she refused to reveal her location.

A later unverified post from her on Patreon claimed he was abusive.

Savage, who was Kelly’s girlfriend at the time of his arrest, could potentially play a role in the ongoing trial although she is not currently on the witness list.

Her parents were among the first to arrive at the courtroom as the trial began.

“It started a long time ago and we have to finish it,” her father, Timothy Savage, told the New York Times in an interview outside the courthouse.

“We want to make sure that we have justice for these victims.”

Opening statements in the Brooklyn trial began on Wednesday morning as fans gathered outside with signs reading “Free R Kelly.”

Prosecutors argued that the case is "about a predator."

He then "dominated and controlled them physically, sexually and psychologically" once he got them alone, she claimed.

"What his success and popularity brought him was access, access to girls, boys, and young women," Melendez added.

The defense is expected to argue that Kelly's accusers were groupies.

In previous cases, they have described the alleged victims as fans who "were dying to be with him."

That law refers to the transport of people across state lines for sex.

The indictment names six women and girls allegedly abused and at least three will be testifying during the trial.

“At this point, the public has only heard one side of the story in this case and that is about to change in the coming weeks,” a Kelly spokesperson said ahead of the trial.

“We look forward to the truth and the facts coming to light as the defense will continue to vigorously defend Mr. Kelly."

The trial is expected to last for four months.