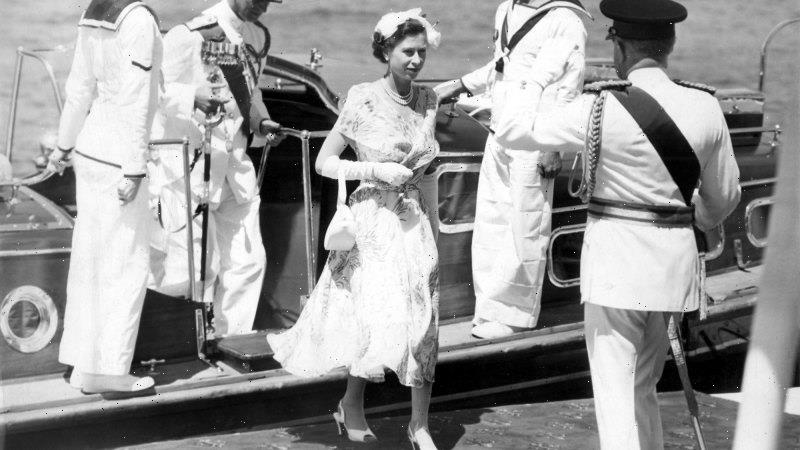 When the protracted reign of Queen Elizabeth II ended on September 8, 2022, she was the longest-reigning British monarch and the only monarch most Australians had ever known. She was also the only reigning monarch ever to have visited Australia, which she did in 1954 and on 15 royal visits since. 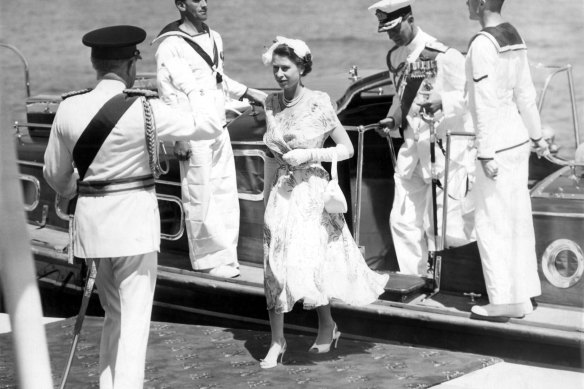 The moment the Queen stepped ashore in Australia, at Farm Cove, in 1954. Credit:Archive

Her first tour marked a high point in monarchical fervour, driven as much by Liberal prime minister Sir Robert Menzies’ fawning Anglophilia as by her unexpected youthful ascension to the throne. As Princess Elizabeth, she was en route to Australia in 1952 when she heard the news of her father, King George’s death, returning to London as Queen.

This then was an evocative visit for her and a long-awaited one for many Australians. A staggering three in every four people turned out to see the Queen during her 58-day visit. More than half the entire population of Sydney descended on Farm Cove as she arrived where governor Phillip had hoisted the British flag in 1788 and claimed unceded possession of Eora land in the name of the Crown.

Welcoming the Queen on her 1963 visit, Menzies’ ardour had only grown, some would say to the point of humiliation. Bizarrely describing the British monarchy as “the most democratic monarchy” in the world, Menzies indulged in a moment of cloying national servility: “I did but see her passing by and yet I love her ’til I die.” It resonates more as idolatry than oratory.

The last of her 16 tours, in 2011, had none of the rush of crowds, prime ministerial effusion, and adulation of her first. Bemused onlookers watched the Queen take a “royal tram” through Melbourne and a boat up the Brisbane River, and wondered at the displays of arcane ritual from another time and place. The shift from reflexive Menzian reverence to quaint antipodean imperial relic was by then clear.

While the Queen’s protracted reign engendered a comfortable familiarity, an ambient quality with the Queen a constant presence, it also created its own problems. The identification of the Queen as synonymous with the monarch masked the uncomfortable and decidedly undemocratic reality of the monarchy as hereditary dynastic title – with all the unsurpassed wealth, power and privilege that entitlement bestows by birthright alone. 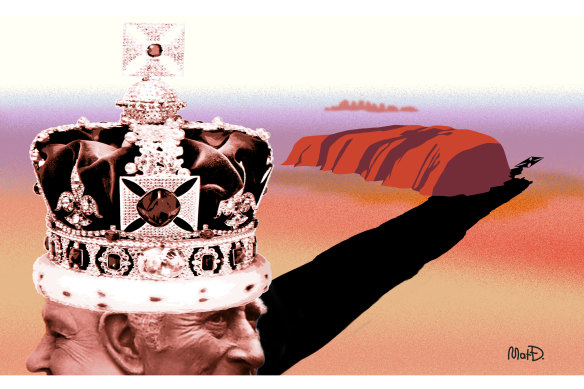 The disjuncture between this residual dynastic monarchy, a relic of the once-great European monarchies so beloved of family elder Lord Mountbatten, and the rise of democratic sentiment, has been thrown into stark relief with the immediate ascension of King Charles III of Australia. The Queen’s last breath was the King’s first. Our King, our monarch, and our Head of State, over which we had no say and which we share with 14 other nations.

The abrupt advent of King Charles highlights the fundamental contradiction between dynastic title and popular parliamentary sovereignty at the heart of a constitutional monarchy. The resolution of that inherent incongruity rests with the essential political neutrality of the crown, the defining feature of a constitutional monarchy within a parliamentary framework which ensures the primacy of elected government. To breach that pivotal element of studied political disinterest is to risk the survival of the monarchy itself.

The Queen was, in general, a careful adherent to that core requirement, but not always. The secret use of the Queen’s consent power in the UK to vet legislation in order to protect her own and her family’s financial interests raised concerns about the place of such singular privileged influence in a modern democracy.

The Queen’s comments prior to the Scottish independence referendum, widely taken as supporting the “No” case, likewise drew sharp criticism. So too, did revelations in the Palace letters of the role of the Palace in the Governor-General, Sir John Kerr’s decision in 1975 to dismiss the Whitlam government. 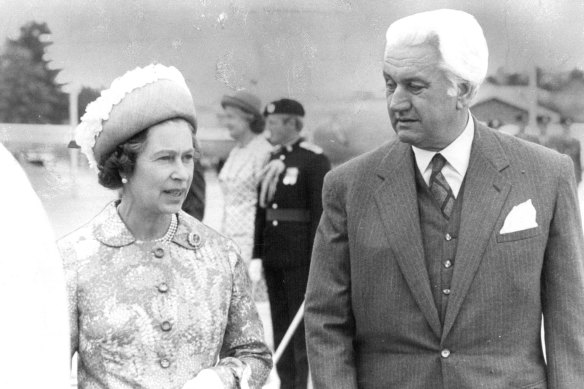 The Palace Letters revealed much about the Queen’s discussions with Sir John Kerr ahead of the dismissal of the Whitlam government.Credit:Archive

We should not shy away from acknowledging those royal political interventions as we consider life now under the more avowedly political King Charles of Australia. Charles has already shown himself to be keenly political. Like his great-uncle and mentor Lord Louis Mountbatten, he supported Kerr’s dismissal of Whitlam, telling Kerr soon after that “what you did … was right and the courageous thing to do”.

Charles’s secret negotiations with the Blair government for his favoured policies, his interventions in architectural and environmental debates, and, most recently, his criticism of the Johnson government’s “appalling” policy of sending refugees to Rwanda, breached the central tenet of political neutrality essential for a head of state in a constitutional monarchy.

All of which suggests turbulent times ahead for a monarchy struggling for contemporary relevance, and as a new monarch with a proclivity for privileged political intervention he seems unwilling and unlikely to change. 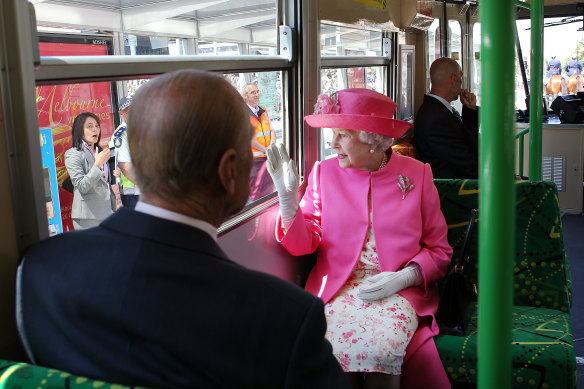 Professor Jenny Hocking is Emeritus Professor, Faculty of Arts, Monash University, and author of The Palace Letters: the Queen, the Governor-General and the Plot to Dismiss Gough Whitlam.