The Queen headed out on a hunt again today with her daughter Princess Anne, Formula One icon Jackie Stewart and group of local friends on the Sandringham Estate.

The royal was wrapped up warm for the outing and sported a thick raincoat, headscarf and gloves as she enjoyed lunch with the group before watching the shoot from a field nearby.

It is the second day this week that the Queen has been out shooting, as she was also spotted out on a shoot on Friday with the same group.

She was followed by her lady-in-waiting in a car behind and police protection officers in a third car. Prince Philip, who is recovering after a car crash a week ago, was not seen at the shoot. 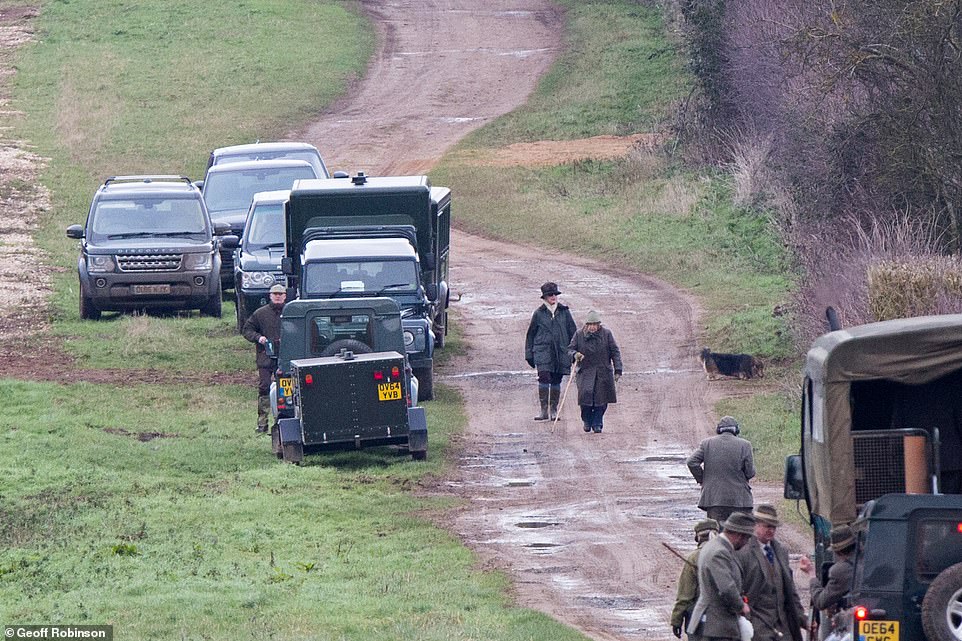 The Queen (holding walking stick centre) was spotted out on a shoot day with her daughter, Princess Anne and family friend, Formula One racing driver Jackie Stewart 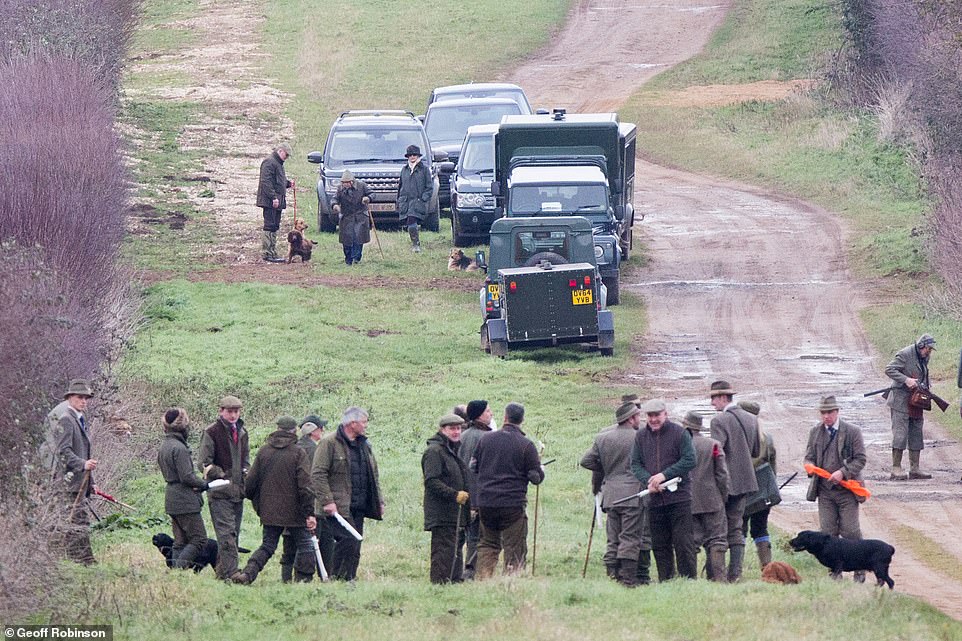 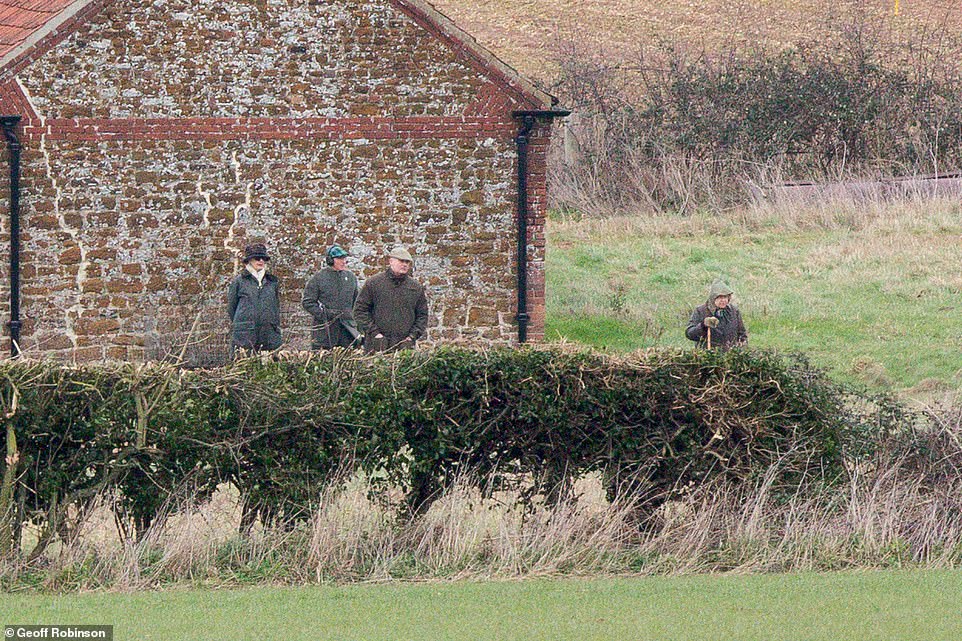 Last week she also made a visit to the Sandringham branch of the Women’s Institute in Norfolk, where Pointless quizmaster Alexander Armstrong was guest speaker.

Her Majesty, who is known to be a superfan of the BBC quiz show, enjoyed tea and cakes with the ladies and took part in a live version of the quiz, which her team won.

It is just over a week since the Queen’s husband, Prince Philip, was involved in a horror car crash near the Sandringham estate. He was not injured in the crash, which involved a Kia car.

A day after the crash he had a replacement Land Rover delivered and has since been spotted driving it on a public road without his seatbelt. 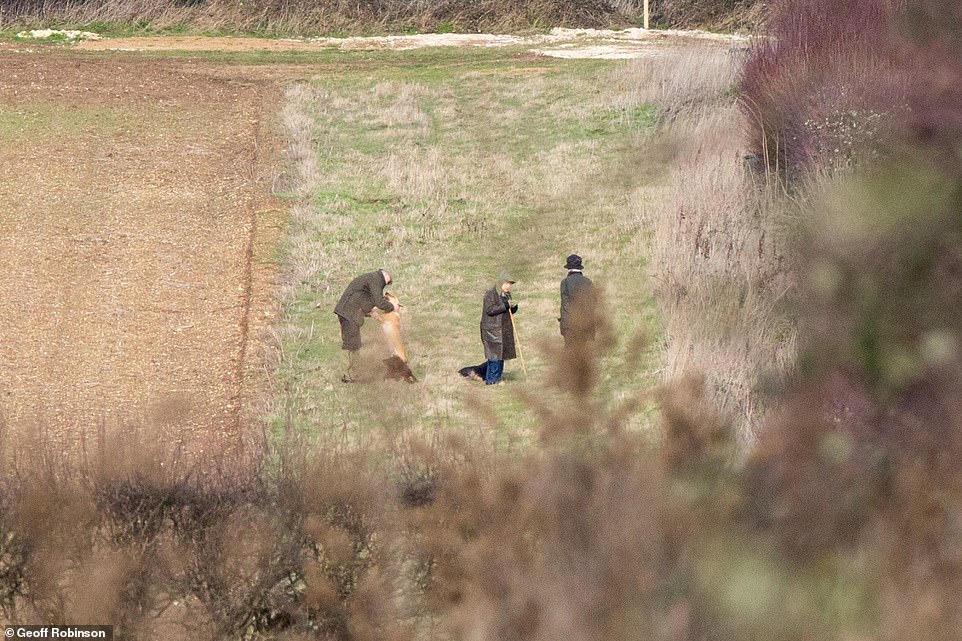 Prince Philip, who was spotted in London on Thursday and it is not known whether or not he attended the shoot 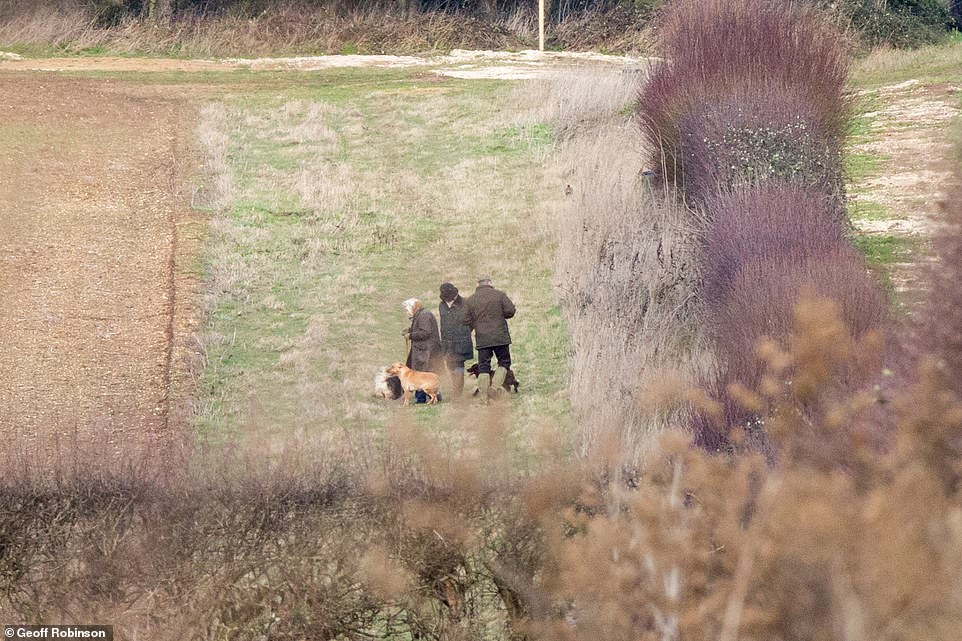 Her Majesty was also joined by several canine pals, sure to be a welcome addition for the monarch who lost the last of her beloved corgis last year

During the shoot yesterday the Queen herself did not appear to get to grips with a gun but appeared instead to offer encouragement from the sidelines.

She also took the role as royal chauffeur getting behind the wheel of her Range Rover to transport her guests – though it was unclear whether or not she was wearing a seat belt. 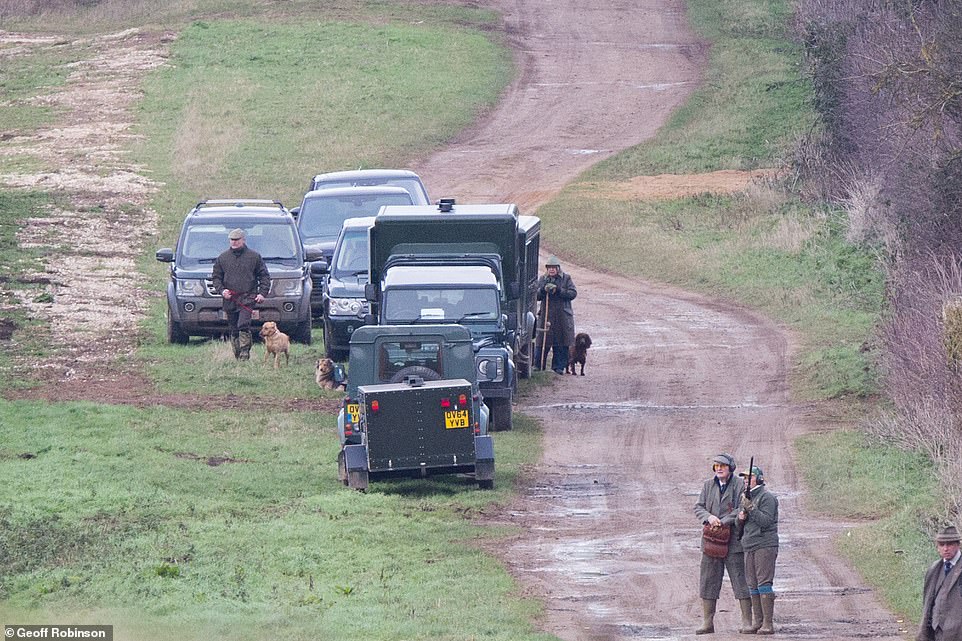 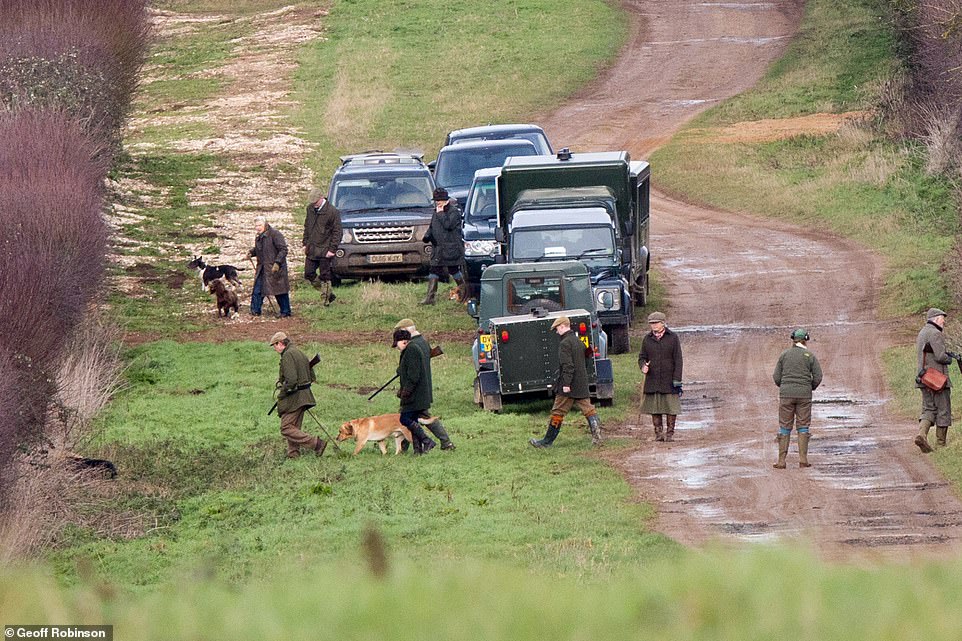 Jackie Stewart, who was also in attendance was a prize-winning member of the Scottish clay pigeon shooting team before he became a racing driver and competed in the UK and abroad 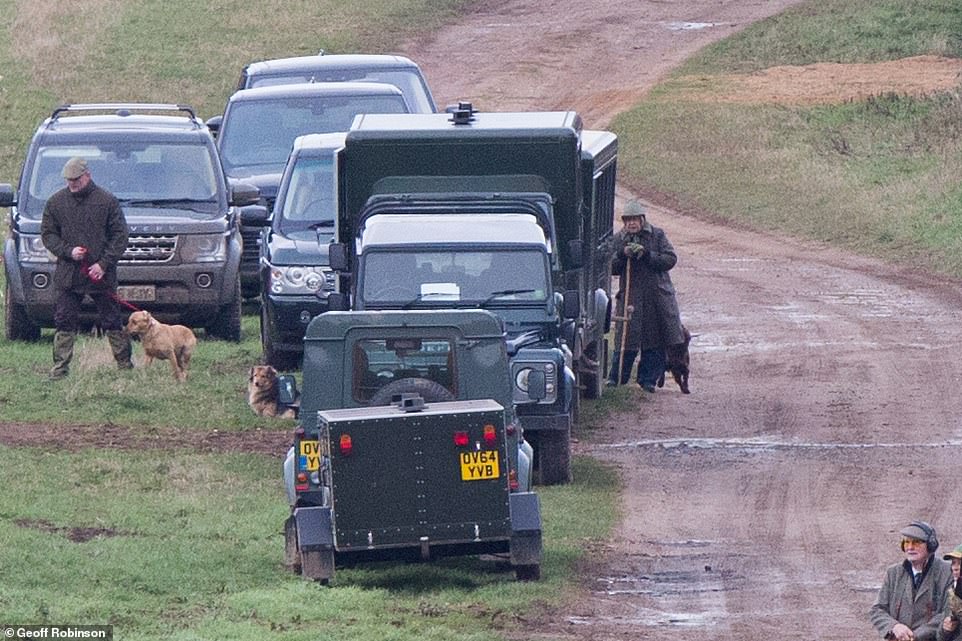 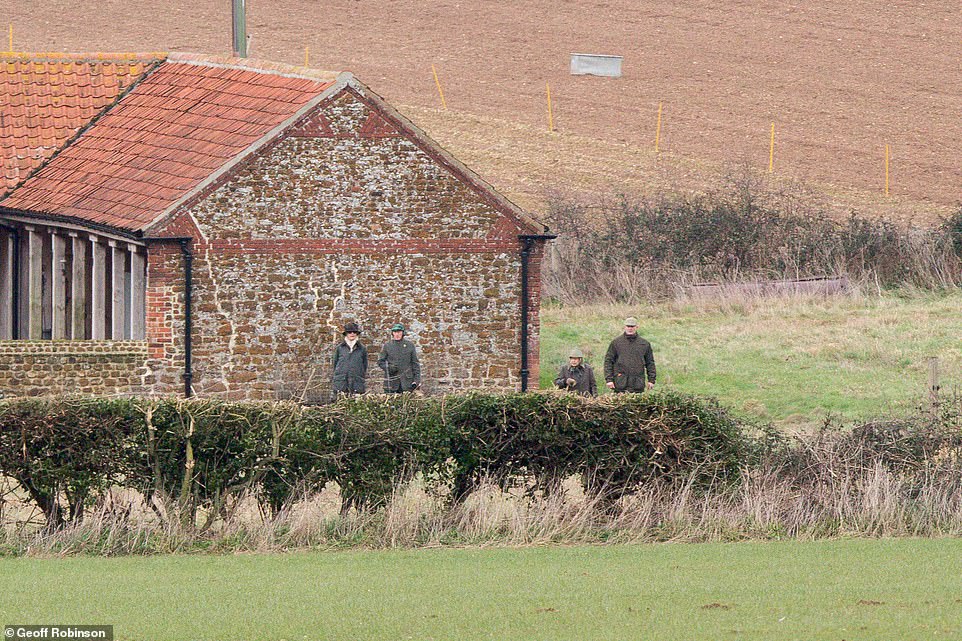 It had been reported in December that Kate Middleton had also attended a shoot with the Queen, without sister-in-law Meghan Markle 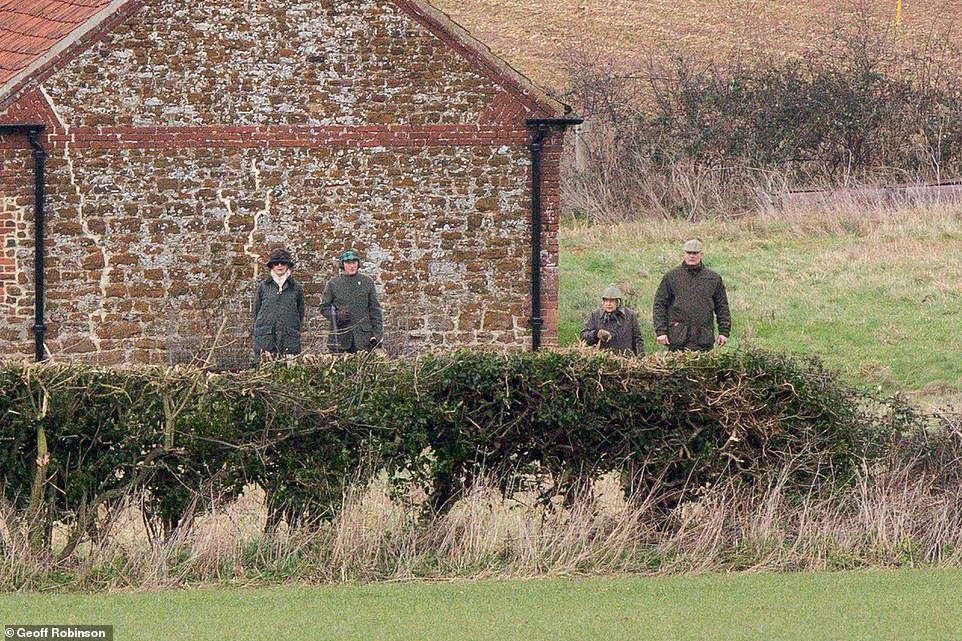 Meghan is said to have not taken part on Boxing Day although Harry did, and instead joined the family group for a lunch on the estate