Quality Street, Celebrations and Roses tins shrink AGAIN: Size of Christmas favourites has fallen by 40 per cent in past decade despite price staying almost the same

They are a sweet Christmas staple that are shared across the nation – but the family-sized tins of Quality Street and Celebrations are shrinking again this year.

The price of the tinned chocolates is remaining the same at £5 but the amount within them has reduced, it has been revealed.

The standard size tub of Quality Street has been reduced from 750g to 720g and Celebrations tins have shrunk from 680g to 650g. 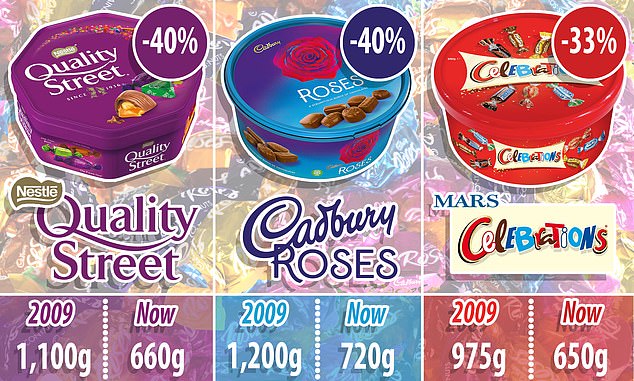 The company said the equivalent was three sweets – but images of the shrinking tubs show a handfuls have been removed steadily over the years.

Last year the largest drop was Cadbury Roses from 729g to 660g.

Roses and Quality Street have dropped 40% from their size in ten years and Celebrations are one third smaller. 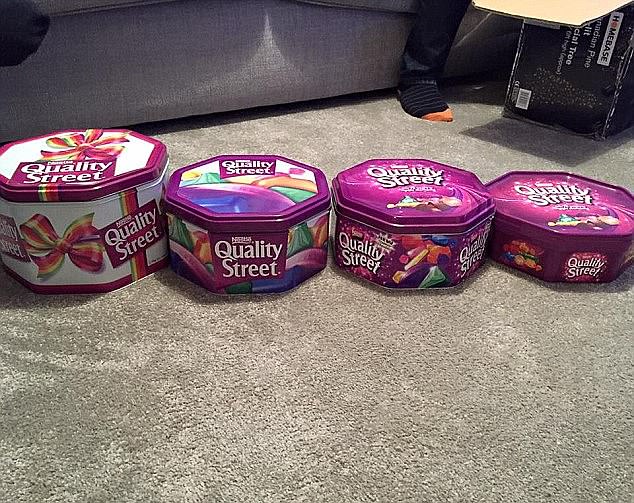 This photograph claims to show how Nestle has slimmed down the size of its tins of Quality Street chocolates three times since 1998. Pictured far right, the most recent 780g tub, which was introduced in 2014

Chocolate lovers have said they are being hit by shrinkflation – the phenomenon of packet sizes falling when prices remain the same.

Customers this year joked by the time we reach 2025 the tins will fit in the palm of their hand – and cost £8.

Robert Opie, who set up the Museum of Brands in Notting Hill, London, said: ‘Consumers are outraged by shrinkflation. These brands are trusted — we have grown up with them. They are part of our lives and particularly part of the tradition at Christmas.’

The museum is launch an exhibition highlighting the 150-year tradition of boxed chocolates at Christmas.

‘You change the weight [of boxed sweets] at your peril,’ Opie said to The Sunday Times. 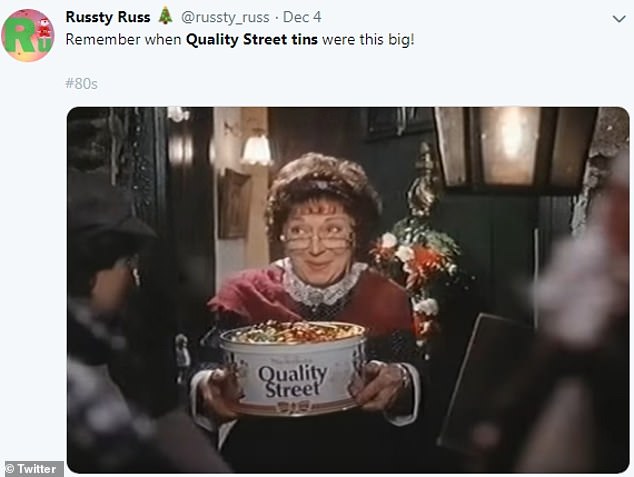 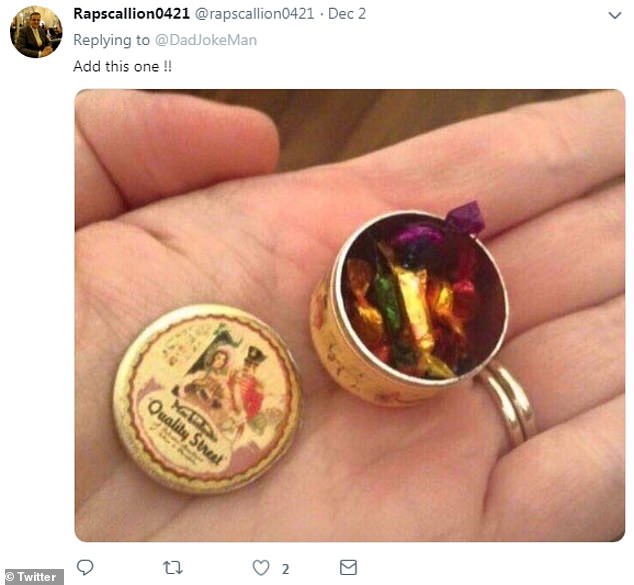 ‘Part of the tradition is that you pass around the tub among your family. And suddenly now you find it has been emptied quicker than you thought. Then the grumbling starts. If the manufacturers carry on doing it they’re going to risk riots in the streets.’

In October Nestle admitted Hazelnut Triangles and Hazelnut in Caramel Chocolate are limited because they have a higher calorie content – and the overall nutritional value of the boxes, tubs and tins is kept at a recommended figure.

Celebrations producers Mars said: ‘We have had to make the difficult decision to reduce the weight of our Celebrations tub so [it] . . . continues to be an affordable festive treat.’

Mondelez, the American owner of Cadbury, said: ‘Like all food manufacturers we sometimes have to make changes to ensure that people can continue to buy their favourite chocolate brands at affordable prices.’ 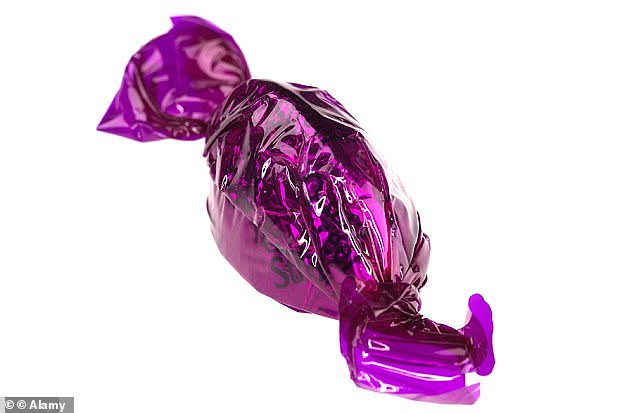 Around three sweets were removed from the Quality Street tins this year, according to Nestle

Nestlé added: ‘This year’s tub of Quality Street is 720g, which is slightly lighter than in 2017. Nevertheless our tub is very competitive when compared to similar products on the market.’

In 2015 Charlotte Hook took a picture of her collection of Quality Street tins to show how they had shrunk.

Ms Hook complained after she noticed the purple tins’ shrinking size while organising her Christmas decorations. It is not clear whether the picture was taken this year or in 2014.

She posted the picture with the caption: ‘Been putting the Christmas tree up, always keep my tins to put my decorations in after Christmas!