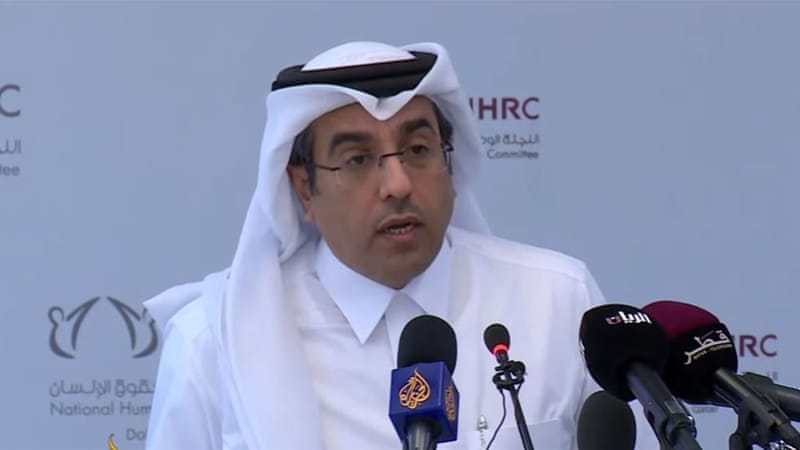 A blockade against Qatar by several fellow members of the Gulf Cooperation Council (GCC) is arbitrary and negatively impacting the people of the region, according to a new UN investigation.

In November 2017, representatives from the United Nations’ Office of the High Commissioner for Human Rights (OHCHR) visited Qatar, where they met with some 20 governmental and civil society groups, as well as people who had been affected by the blockade.

Following the mission’s visit from 17 to 24 November, OHCHR issued a report and sent a copy to the National Human Rights Committee of Qatar (NHCR).

In a press conference on Monday, Ali bin Smaikh al-Marri, head of NHRC, said the study was proof the blockade is illegal.

“This report shows without a spec of doubt that these procedures undertaken by blockading countries are not mere diplomatic severing of relations, they are not just an economic boycott,” he said.

“These are unilateral, abusive, arbitrary measures that are impacting citizens and expats in Qatar.”

Marri said the report described the measures taken against Qatar by the countries imposing the blockade as arbitrary and negatively infringing on human rights.

According to Marri, the OHCHR had requested a visit to the countries imposing the blockade before issuing the report, but never received a reply.

Al Jazeera’s Mohamed Vall, reporting from the Qatari capital, said the report was seen in Doha as “a victory for human rights, and for the citizens who have been affected” by the blockade.

“For the Qataris, this is the first official confirmation by one of the major UN institutions, of what Qatar has been reiterating during the last several months,” he added.

Vall noted that the OHCHR report said the sanctions imposed by the Saudi-led group have not distinguished between Qatar’s government and Qatari citizens.

He added that the investigation had also found that the measures not only impacted Qataris with interests in the blockading countries, but also citizens of those states residing in Qatar.

The NHCR has previously said that the blockade is “breaking up families and disrupting young people’s education”.

Before the crisis, GCC citizens enjoyed a great deal of freedom of movement between the six member states, and close tribal ties, meaning that over generations, thousands of intermarriages have been celebrated between Qataris and other GCC citizens.

Visits between these family members have also been made harder, leading to the NHCR previously calling the blockade “worse than the Berlin wall”.

Those claims by the NHCR were supported by Amnesty International, which, in June, accused the Gulf states of toying with the lives of thousands of people in their dispute with Qatar.