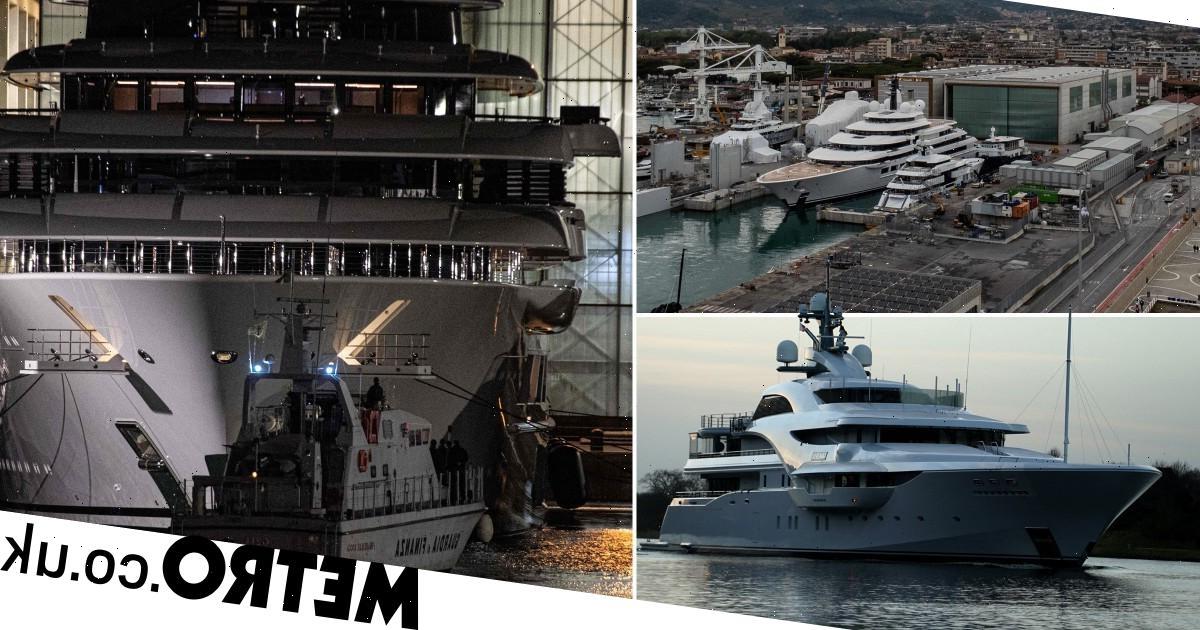 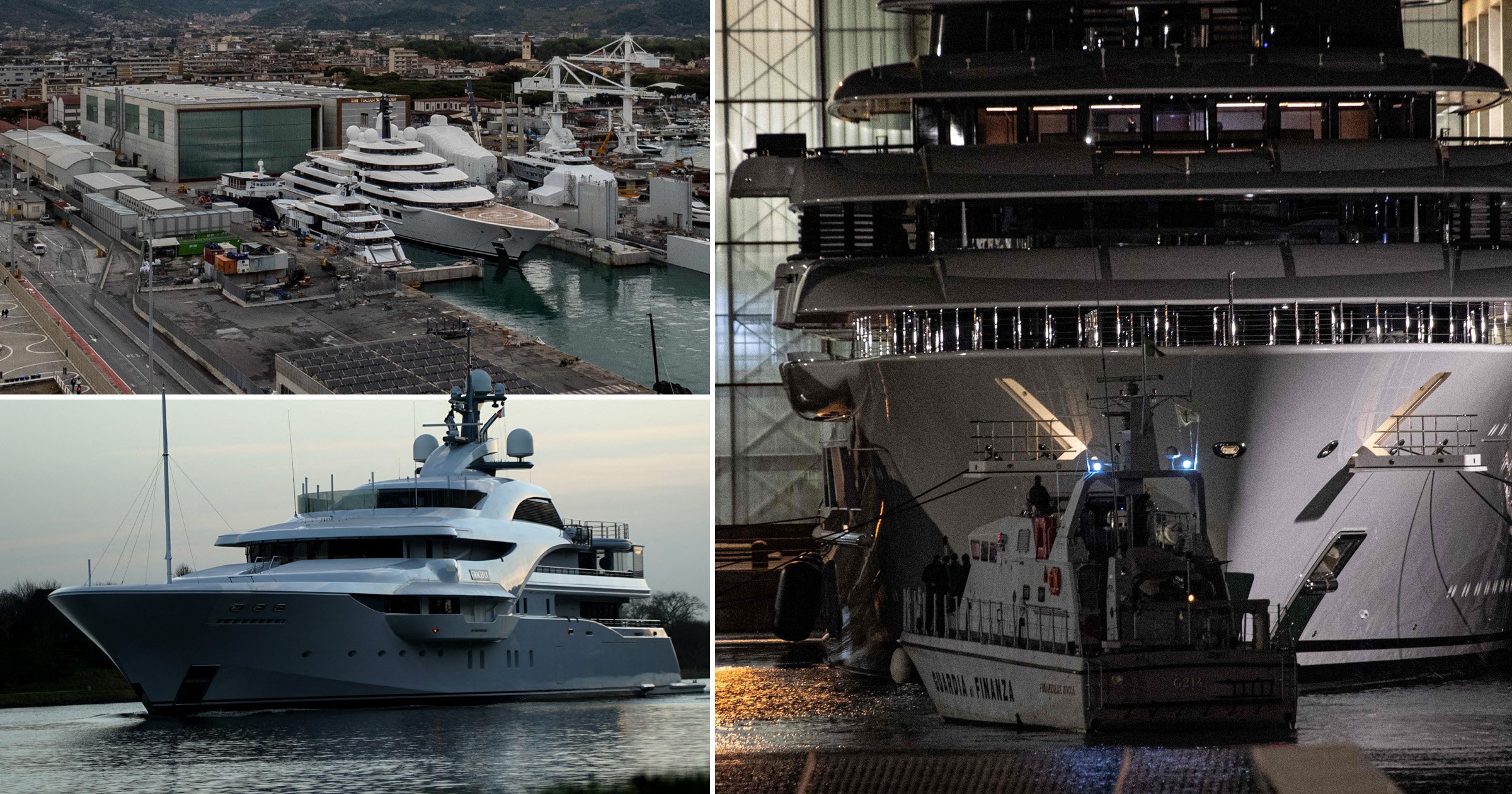 A massive superyacht said to be owned by Vladimir Putin has been seized by Italian authorities as part of sanctions against Russia.

The sleek, six-deck Scheherazade had been undergoing repairs in the port of Marina di Carrara since September.

But recent activity at the dockside suggested the crew might be preparing to take to the seas and escape sanctions over the invasion of Ukraine.

The Cayman Islands registered yacht has been the subject of an investigation by the Italian financial police since the end of March.

Around this time, as more and more attention was drawn to the vessel, its Russian crew left in the middle of the night and was replaced by an all-British team.

The Scheherazade’s British captain, Guy Bennett-Pearce, has denied that Putin is owner of the yacht – made by German firm Luerssen – but has refused to say who it is.

Some have claimed it could belong to Russian oil tycoon Eduard Khudainatov, who has not been hit with any sanctions.

However the Italian finance ministry said Rome had asked Brussels to rectify this and had ordered the boat to be seized pending a decision.

A statement from the Italian Financial Police said: ‘After verification by the fiscal authorities it has come to light that there is a significant economic connection between the owner of The Scheherazade and senior elements of the Russian government.

‘On the basis of these elements it has been recommended that the yacht be placed on the current European Union sanctions list and the Minister of Finance in Rome has agreed.’

Mr Khudainatov is the former chairman and chief executive of state-owned Russian oil and gas company Rosneft. He is close to Igor Sechin, a Putin ally and chairman of Rosneft.

But activists and investigative journalists connected to imprisoned Russian opposition leader Alexei Navalny are convinced the boat belongs to Putin.

They obtained information suggesting that many of the yacht’s crew were members of the Federal Protection Service, the agency that provides security for Putin and his acolytes.

Mariateresa Levi of the Italian Financial Police told MailOnline:’ I am not in a position to tell you who the actual owner is but we are satisfied that the yacht should be seized and in the next few hours officers will board and impound her.’

In an address to the Italian parliament in March, Ukrainian President Volodymyr Zelensky had urged the government to impound the yacht as part of a Europe-wide effort to pressure Putin and his associates to halt the assault on Ukraine.

Italy sequestered villas and yachts worth over €900million ($770 million) in March and April from wealthy Russians, who regularly came to the country on holiday and had bought property in many prestigious locations.

However, police said they had struggled to identify the real owner of the Scheherazade.

Delivered to its mystery owner in 2020, the yacht has two helicopter landing pads and can host up 18 guests and 40 crew.