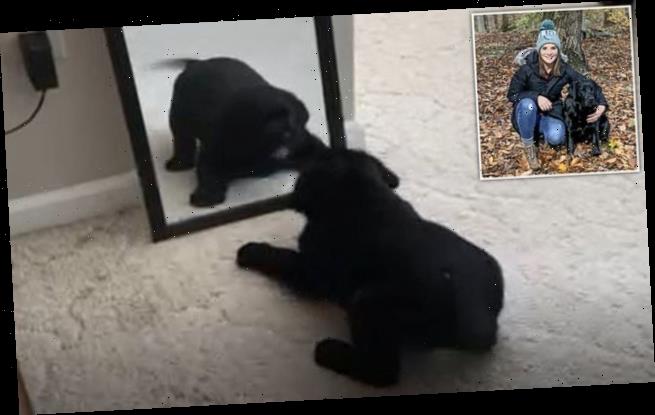 Ruff-house with me! Labrador puppy Stanley barks and bashes his snout against a mirror as he mistakes his reflection for a playmate

A sweet little puppy thought he had made a new playmate when he came across his own reflection in a mirror.

Labrador puppy Stanley from Philadelphia, Pennsylvania, tried to make friends with the dog who looked very similar to him and copied all his movements, not realizing it was actually him.

The excitable nine-week old pup bashes his snout against the mirror and barks several times as he tries to interact with the reflection. 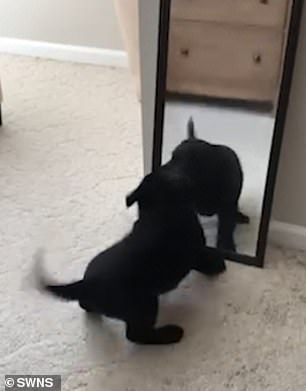 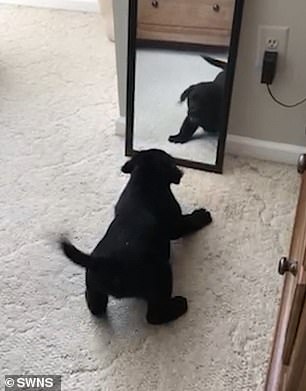 Stanley, a nine-week-old Labrador puppy, tried to make friends with his own reflection at his home in Philadelphia, Pennsylvania 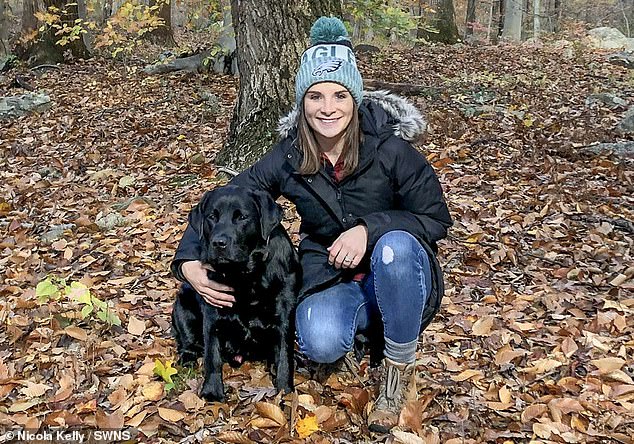 Stanley’s owner, Nicola Kelly, 30, recorded the sweet video of him discovering his reflection when he was a puppy and says he now knows it is him in the mirror

He bounces repeatedly at his doppelgänger as he tries to roughhouse with himself.

All the while, his tail wags in all directions furiously as he enjoys the playful interaction with what he believes is another dog.

At points the sweet little black puppy squats down to the ground as if ready to pounce on his new friend. 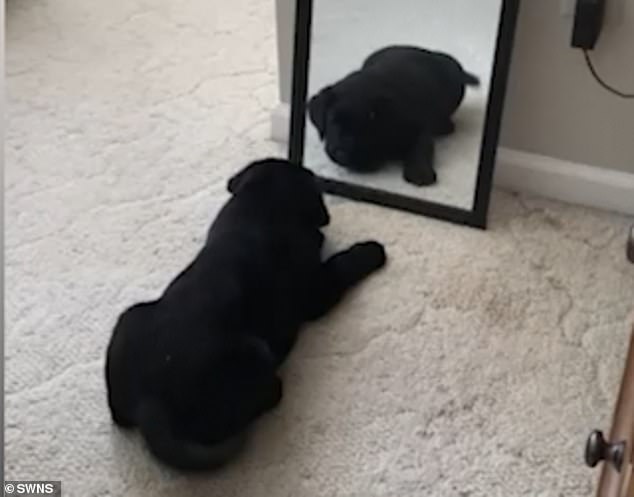 Stanley’s owner Nicola Kelly, 30, said: ‘It was a precious moment.

‘I’d just got him and there he was thinking he made a new friend. Now he’s older, he’s learned that the dog in the mirror is actually him.’

She can be heard chuckling in the background of the video as the confused dog continues to try and interact with his reflection.