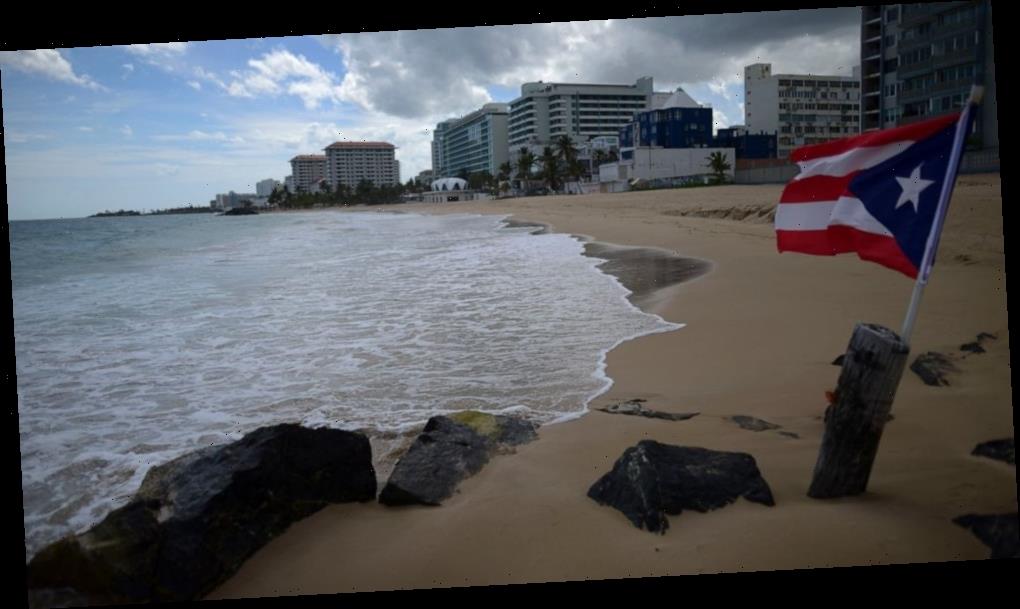 SAN JUAN, Puerto Rico — They come from New York, Illinois, Michigan, and authorities say too many of the tourists are flouting Puerto Rico’s pandemic health measures, including the mask mandate, the nightly curfew and a requirement to stay in isolation pending coronavirus tests.

So officials are cracking down, with nearly a dozen visitors arrested over the past six days.

They include three men from New York who were not wearing face masks and got into an argument with a teenager while visiting a popular beach on the island’s northeast coast, authorities said Tuesday. But most of the arrests have been been in the San Juan metropolitan area, and a couple of them remain in jail.

Charges range from assaulting police officers to lying on their traveler’s declaration form, which carries a punishment of up to three years in prison if found guilty.

The lies include falsely promising to honor the required quarantine if someone fails to present a negative coronavirus test upon arrival or agreeing to get tested after landing, said Damarisse Martínez, a spokeswoman for the island’s Justice Department.

An average of about 10,000 to 12,000 people have flown into Puerto Rico daily this month, and only about 30% have presented a negative test, according to statistics from the island’s health department.

By law, those who do not present a negative test have to remain in isolation for two weeks, until they get tested in a local laboratory and receive a negative result.

Last week, officials pledged to increase the number of police officers in popular tourist areas and allow access only to residents in certain neighborhoods as the midnight curfew approaches. That was in response to widespread anger over the behavior of some visitors who, like some local people as well, have flagrantly violated pandemic measures.

“After months of complaints, we finally see that action is being taken,” said Joaquín Bolívar, president of the board of directors of Puerto Rico’s Association of Hotels and Tourism.

While tourism represents only about 7% of the island’s economy, it was considered one of its strongest sectors prior to the pandemic, drawing a record number of cruise ship passengers. Puerto Rico never closed its main international airport amid the pandemic despite requests sent to the U.S. Federal Aviation Administration to bar flights from COVID-19 hotspots. The U.S. territory, however, did close all its other airports to better control and monitor incoming people.

Bars across Puerto Rico have remained closed for more than a year, though restaurants were recently allowed to increase capacity to 50%. Face masks are mandatory, and a midnight-5 a.m. curfew is in place. Beaches were reopened in September to everyone.

The island of 3.2 million people has reported more than 189,000 coronavirus infections and more than 2,000 deaths related to COVID-19. The island’s government has been relaxing health measures because the number of cases is falling.