A PROSECUTOR used his own teenage daughter to bait the padeo who had previously assaulted her and filmed the encounter before handing the footage to police, it has been reported.

The girl, 13, told her doctor she had been sexually assaulted three times while walking her dog on the Los Alamitos Trail in San Jose, California. 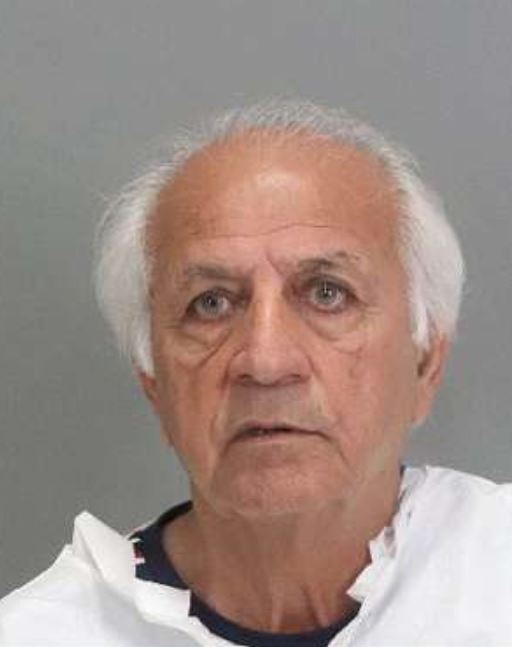 Police launched an investigation, but the girl's father decided to take matters into his own hands.

The father filmed his daughter being groped by suspected paedo Ali Mohammad Lajmiri, 76, and gave the evidence to authorities.

He told his daughter to walk back and forth on the path, while they kept in contact using their phones and earbuds.

Detective Sgt. Sean Pierce wrote in the police report on the case: "He stated that they had already done this several times.

“He directed (the victim) to let (the suspect) touch her if she encountered him, but if it was the breast or between the legs to move away.

"He instructed (the victim) to let (the suspect) identify and make the contact and if she cannot handle things she should move away.

"He instructed (the victim) to walk back and forth on the designated route and don’t interact with anyone for very long.”

In the video given to police, Lajmiri was seen walking with the girl with his around her and his hand on her waist.

It reportedly shows Lajmiri sitting with the victim on a nearby bench where he pulled her back down when she tries to leave and moves his head towards her.

In a separate interview, the victim told police that moment was when the suspect “leaned in for a kiss on her mouth.”

The teen also reported that she “felt as (if) she was not allowed to leave".

The suspect then kissed the top of the victim's head and "allowed her to leave" but he followed her, the police report added.

The prosecutor told police officers he followed the man and his daughter, but admitted he lost sight of them on two occasions.

Lajmiri, 76, of San Jose, was arrested the next day and later charged with lewd and lascivious acts with a child under 14 and false imprisonment.

He told cops he has trouble remembering sitting with the victim because Alzheimer’s disease, according to the police report.

The prosecutor is now under scrutiny for possibly endangering his child.

His actions have been met with disappointment from the local enforcement community, The Mercury News reports.

San Jose Police Chief Eddie Garcia has told citizens to not take the law into their own hands.

He said: "As a father, I understand how emotional it can be when your child is the victim of a crime.

"But we have to remember that the safety of the child comes first and channel that frustration in a positive way to assist the investigation and not hinder it."

Molly O’Neal, a public defender who representing Lajmiri, was "horrified" by the prosecutor’s actions.

She told The Mercury News: "“I have never seen a prosecutor exercise such outlandish bad judgement.

“If you work in the criminal justice system, you know full well that people may act in ways that are unexpected.

"So you shouldn’t ever involve you or your family in a vigilante fashion when you are not trained to respond to any scenario that might unfold.”

Lajmiri is being held in the Santa Clara County jail on $3million (about £2.3m) bail, and is scheduled to appear in court on January 29.

The prosecutor has not been named to protect the identity of the victim.