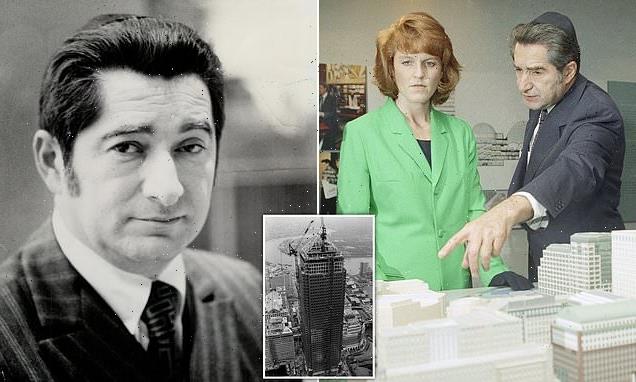 The modest man who transformed the skylines of New York and London: Canadian property tycoon behind Canary Wharf and the World Financial Center in Manhattan dies aged 93

The modest man responsible for transforming the former wasteland of the London Docklands into Canary Wharf has died at the age of 93.

Albert Reichmann, along with his brother Paul, were the masterminds behind the world’s most successful commercial property developer Olympia & York.

Together they helped transform the skylines of some of the world’s most exciting cities including London, New York and Toronto.

The Reichmann brothers were personally asked by Margaret Thatcher if they could set their sights on turning the derelict Isle of Dogs into, in Albert’s own words, ‘an address’. 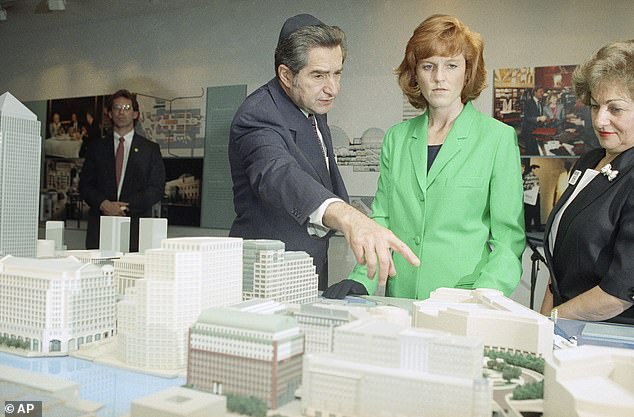 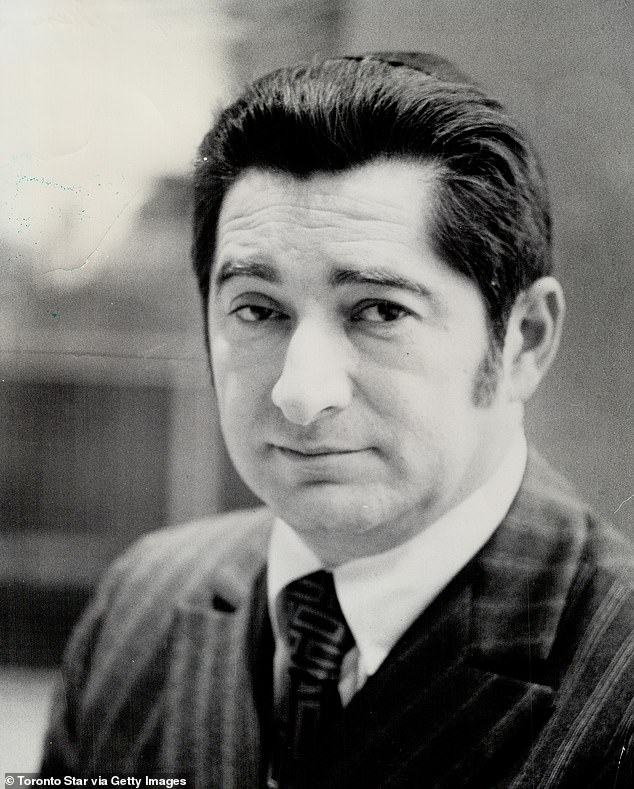 Albert Reichmann (pictured), along with his brother Paul, were the masterminds behind the world’s most successful commercial property developer Olympia & York 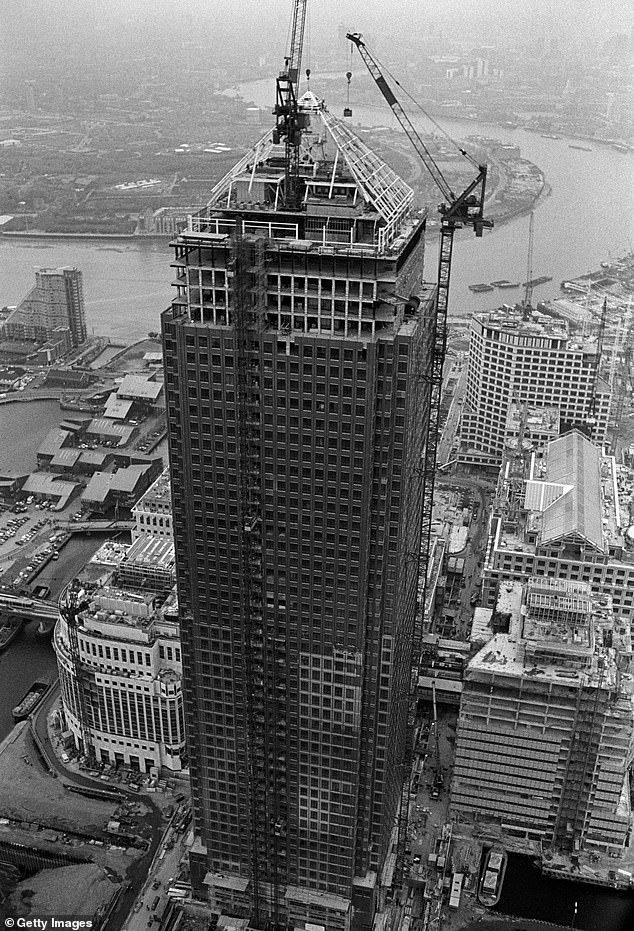 Tasked breathing new life into London’s old port, in 1987 the Conservative Prime Minister asked the duo to turn the land into a ‘down town’ to rival that of the Square Mile.

Today Canary Wharf’s cluster of skyscrapers is instantly recognisable and home to some of the world’s biggest banks, such as Citigroup, Barclays, Credit Suisse and HSBC.

After raising £3bn for the development, within a year the foundations of the 50-storey skyscraper One Canada Square, arguably Canary Wharf’s centerpiece but certainly its most iconic, were set.

At their height, the Reichmanns were etimated to be worth $13 billion in 1991 by Forbes magazine and touted as the fourth richest family in the world.

But that same year, by the time One Canada Square was completed the country was in recession and development started to wane.

Just twelve of Olympia & York’s buildings were completed and most of them were only half full. 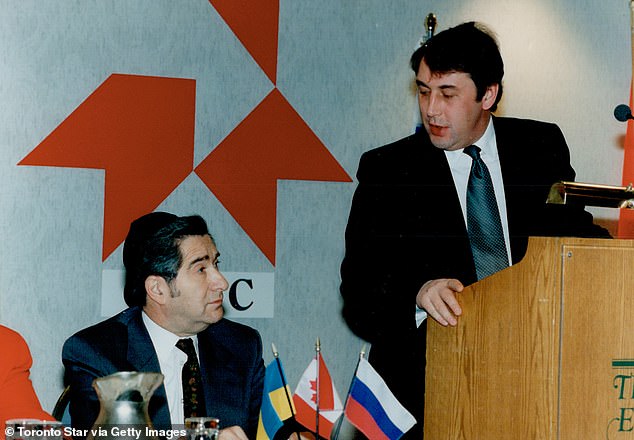 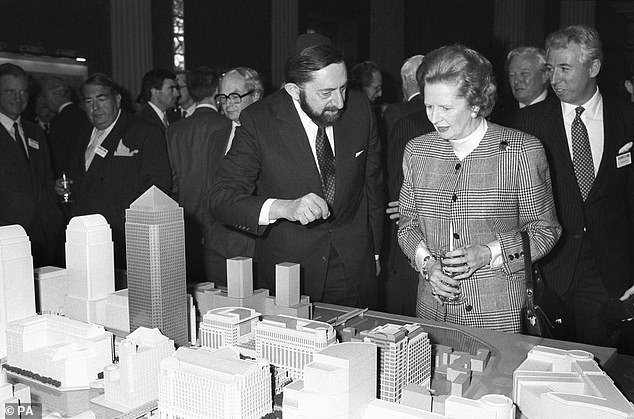 Margaret Thatcher being shown a model of the proposed Canary Wharf development by Paul Reichmann, Albert’s brother and business partner

The project stretched the Reichmann’s finances to breaking point and in 1992 the company filed for bankruptcy.

His family originated from Hungary but their Jewish roots saw them leave for Austria just one year before Albert was born due to rising anti-Semitic feeling.

It was in Vienna where Albert was born in January 1929, the fourth of five children to Jewish Orthodox parents Samuel and Renée (née Gestetner).

His father made a living by freezing eggs, a sought-after product in winter, and selling them all over Europe.

Albert and his siblings grow up in a close-knit family home and would read the Talmud, Hebrew scripture, together every day. 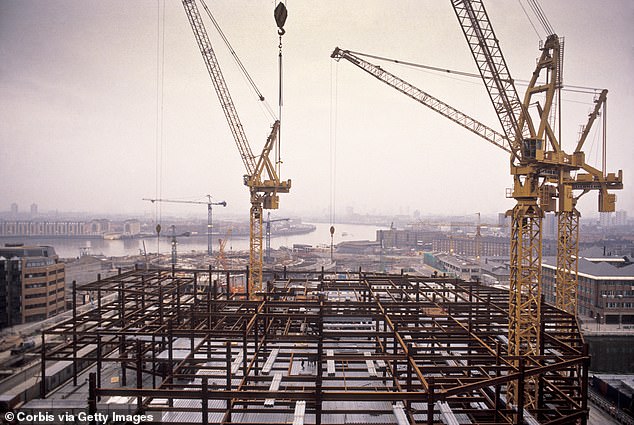 After the old Canary Wharf was demolished, cranes can be seen across the Docklands in its process of redevelopment 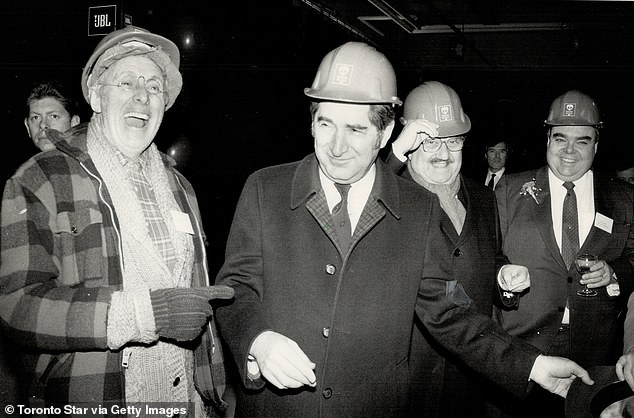 But as the family went about their business, political rumblings started to overspill into everyday life in Austria.

On March 12, German troops marched into Austria and annexed the country for the Third Reich.

With this the Reichmanns fled to Paris where they settled until 1940, where once again the news of advancing Nazi soldiers saw them move to Spain and finally Tangier in Morocco.

As a child, Albert spent countless hours helping his mother pack up chocolate into parcels to send out as bribes to get Jews out of Europe.

Albert’s father Samuel turned his hand at foreign currency trading and after the war ended in 1945, he worked alongside him. 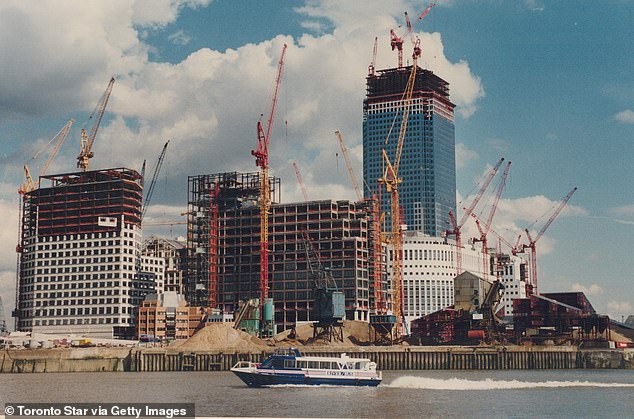 At the time Canary Wharf’s One Canada Square was called an ‘eyesore’. Pictured: Construction work on the building

But again anti-Semitism saw the family leave Morocco with Albert and his two brothers, Paul and Ralph, moving to Toronto, Canada in 1959.

In the mid-1950s, Albert’s elder brothers Edward and Louis showed their business acumen by setting up Olympia Floor & Wall Tiles in Montreal, and Paul and Ralph followed suit by setting up a branch upon arrival in Toronto.

He soon realised it would be about half the price to build their own warehouse space – with help from their father – and founded York Industrial Developments which would go on to build 200 warehouses.

In 1964 the two companies merged to become Olympia & York, first developing property schemes in Canada but by the 1980s they had expanded across North America, including developing the World Financial Center in New York which was built on reclaimed land set next to the Hudson River.

The brothers would set out buying derelict land in run-down parts of cities and build them up into visionary trading districts – turning it into their business empire.

In his later years, Albert moved away from commercial property development and focused on philanthropy, launching a scheme to help Jews from the Soviet Union emigrate to Israel.

His son Philip, who survives him, followed in his footsteps, working in property before the family’s company was sold in 2005. Albert’s wife Egoza died in April.