The professional Santa, 61, is one of hundreds of  Christmas professionals who makes enough money in December to live a life of luxury – partying on cruises and in hottubs – for the rest of the year. 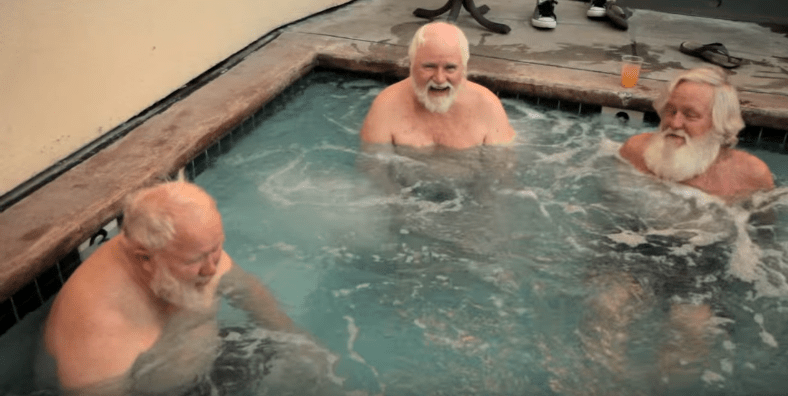 Ric make £20,000 for just one month's work – and then gets to spend the rest of his time hanging out with his Father Christmas friends.

The jolly Santa, from California, travels all over the world enjoying expensive sunset dinners and cruises with his wife and relaxing on the beach from January-November.

But before December hits, he travels home to the O.C, where he bleaches his brown hair white and pulls out his red robes and prepares to get to work.

Ric will spend the 31 days of December working 12-hour days, singing Christmas songs and delivering gifts to private events in LA – where rich parents hire him for £120-an-hour. 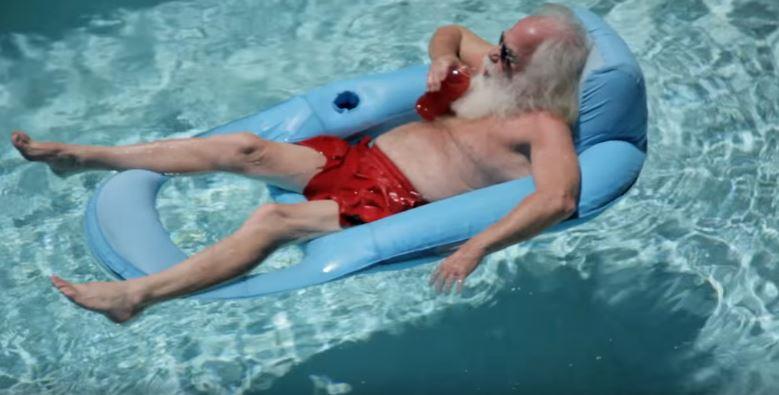 Ric career began when he volunteered for a local charity but loved it so much he decided to take it on as professional role.

He now runs his own "Singing Santa" business with his wife Victoria who he names "Diva Claus". 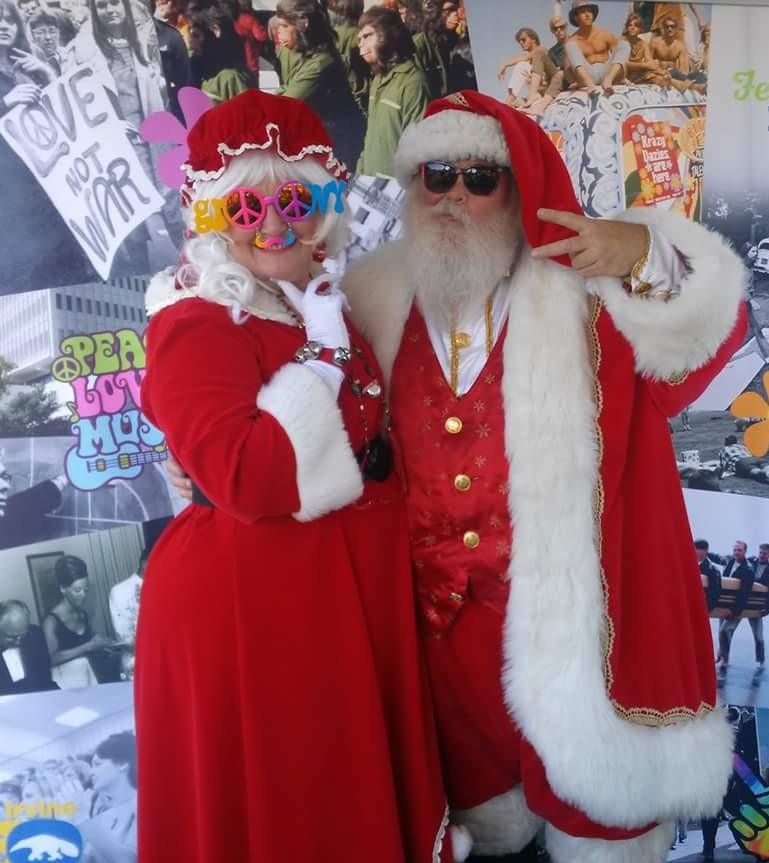 Ric also organises annual Santa parties – where he and his pals let their hair down in the hotel hottubs with a glass of sherry.

But despite living the high life for 11 months a year, life for these Santas isn't always a smooth sleigh ride.

The reason they wear bright gloves

As Ric explains, Professional Santas like him have spent years perfecting their craft – but working with children poses a looming risk: it only takes one accusation of molestation for a Santa's reputation to be tarnished forever.

"Santa actors have very little in the way of protection," he says. 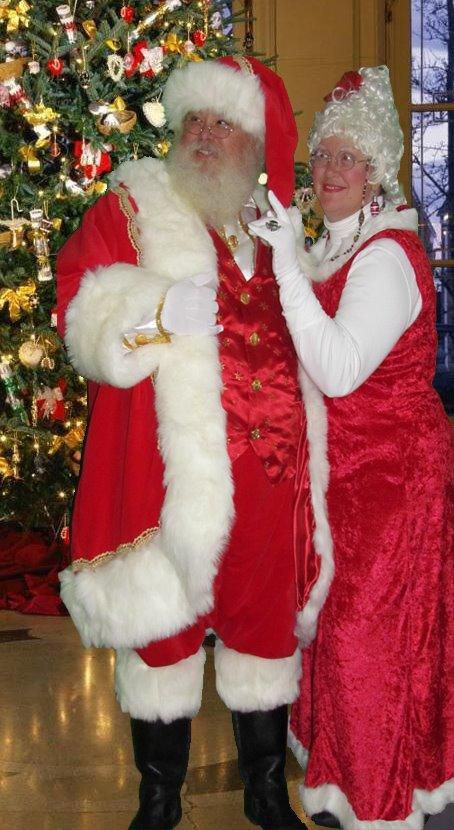 Though neither Ric or any of his friends have been accused to date, he is now one of 600 professional Santas who've unionised to protect their business interests under The Fraternal Order of Real Bearded Santas (FORBS).

The group provides one-of-a-kind Santa insurance costing £160-a-year which protects members by providing them with legal aid for accusations of abuse and molestation. 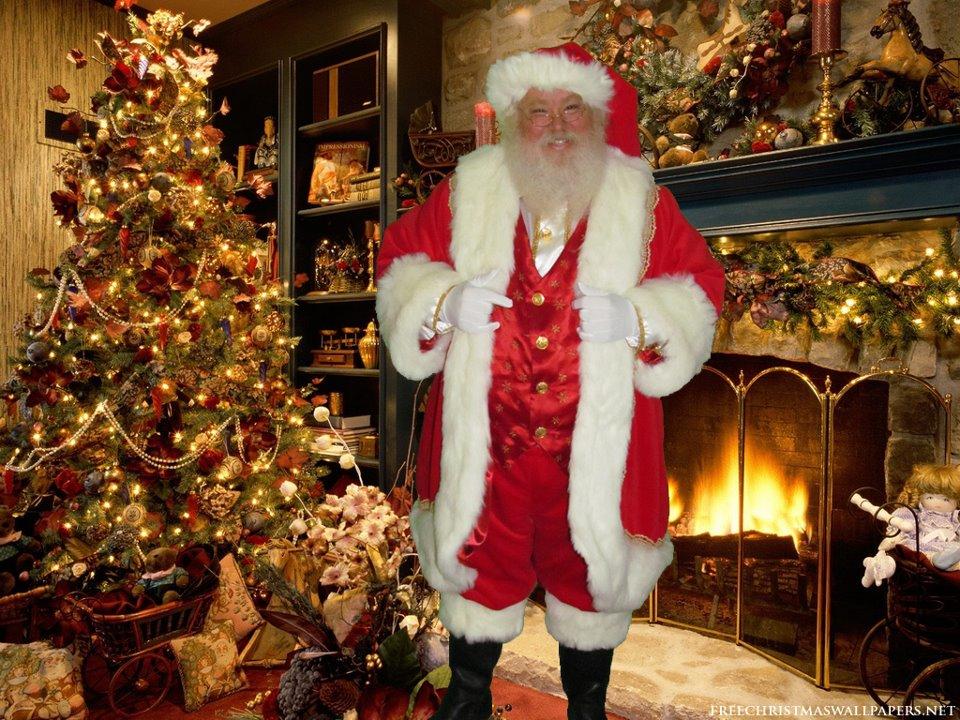 One FORBS Santa previously revealed some of the lengths Santas have to go to to protect themselves.

"You always want your hands to be shown in pictures so someone can't ask: 'Where's Santa's other hand?'" he said. "That's why we wear nice bright gloves."

But it's not just safeguarding that FORBS provide – they also check their Santas are maintaining real white beards and that they have the finest silk robes and sacks.

At their yearly reunion, every Santa has his beard pulled by a fellow FORBS member to check it's real.

And there's competition within the Santa gang – one Santa spent around £80,000 building a fully-mobile giant 'cyber-sleigh' in an effort to stand out above the rest. 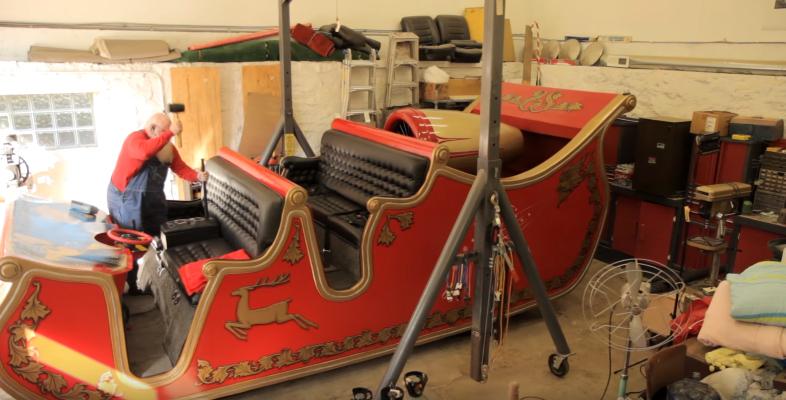 Ric says demand for Santas is sky-high – and that families are more than willing to shell out tonnes of cash on the best in the business.

Some of the best Santas can expect to bring in £200 for a private half-hour home visit and even £700 for a four-hour corporate event.

That means some pro Santas could make over £100K if they worked flat out throughout Christmas.

So, if you've ever wondered what Santa gets up to for the rest of the year…. look around when you're next on holiday – you'll probably find him in the pool with a glass of sherry.