Prisoners have been let out of jail to stay with their families without restrictions limiting their risk to the public, a watchdog report has warned.

HM Inspectorate of Prisons said inmates who potentially posed a risk to children were not always promptly assessed on arrival at HMP Hollesley Bay in Suffolk.

Around 20 per cent of the jail’s population were deemed high risk, about 10 per cent had been assessed as presenting a medium or high risk to children, and more than half (58 per cent) had been convicted of a violent or drug-related offence.

During the inspection, eight inmates had a risk assessment outstanding, and two of these men had already been allowed to stay overnight with family members under the release on temporary licence scheme. 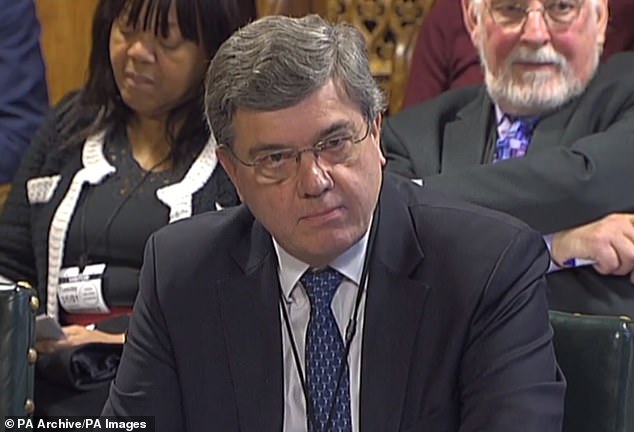 Chief Inspector of Prisons Peter Clarke (pictured) said: ‘Of concern, and in contrast to much that was happening in the prison, public protection work was not good enough’

In the interim, the prison had not applied ‘contact restrictions’ to these prisoners in order to manage the potential risk, in line with national guidance.

Another prisoner had been assessed several months earlier as presenting a continuing risk to children but no contact restrictions had yet been applied and he had spent time in the community, the report said.

It added that the monitoring of mail and telephone contact was ‘very poor’, while multi-agency public protection arrangements were rarely confirmed with probation officers before individuals started temporary release in the community.

Chief Inspector of Prisons Peter Clarke said: ‘Of concern, and in contrast to much that was happening in the prison, public protection work was not good enough.’

Although public protection measures were weak systemically, at an individual casework level some of these shortcomings were mitigated, the report noted.

It recommended that prisoners should only be transferred to open conditions once a full and up-to-date assessment of their risk and needs has been carried out.

Mr Clarke also said there was ‘much more work to do’ on plans for the establishment to hold sex offenders. 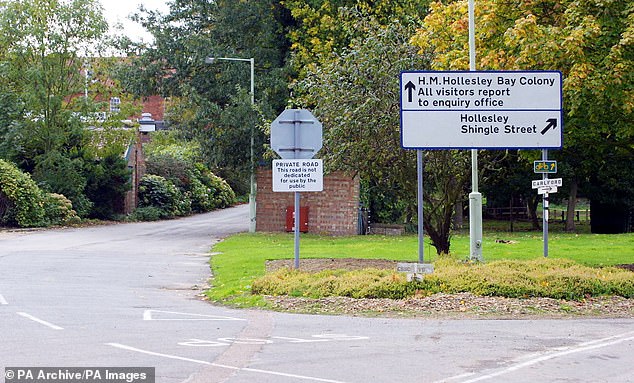 The report said that drug misuse at the prison had increased substantially.

A local analysis identified that prisoners had moved away from new psychoactive substances, with cannabis now the preferred drug, while the use of cocaine and steroids was an ’emerging problem’.

Overall, the inspection found Hollesley Bay was ‘very safe’, with good or reasonably good outcomes for its inmates.

‘The new governor will develop this work further and the prison has already taken steps to improve public protection and implement the report’s recommendations.’

Hollesley Bay is a category D open resettlement prison. At the time of the inspection, in October, it held 470 prisoners.