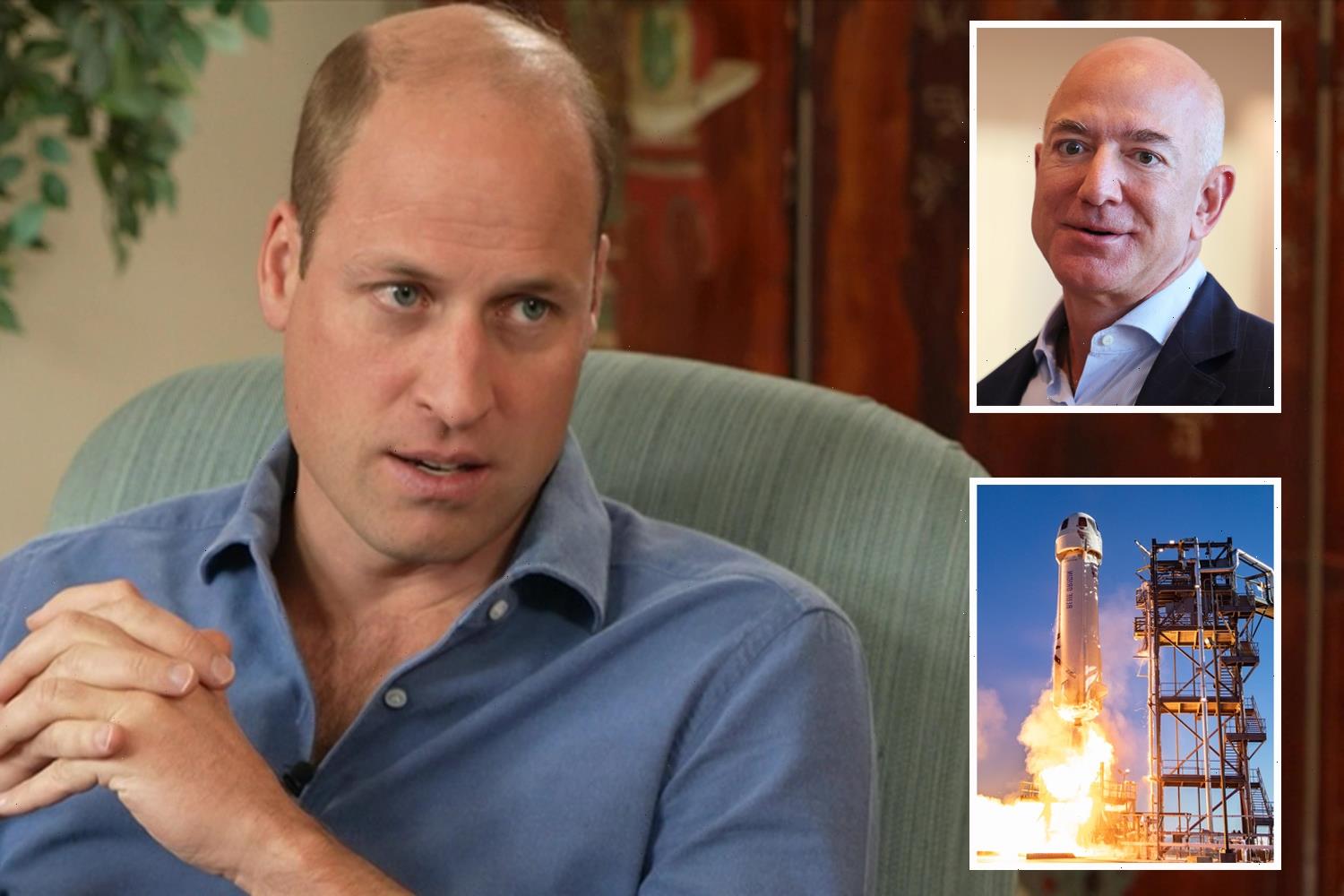 The Duke of Cambridge spoke out against the likes of Jeff Bezos and Elon Musk and Richard Branson ahead of his Earthshot Prize this Sunday handing out millions to save the planet. 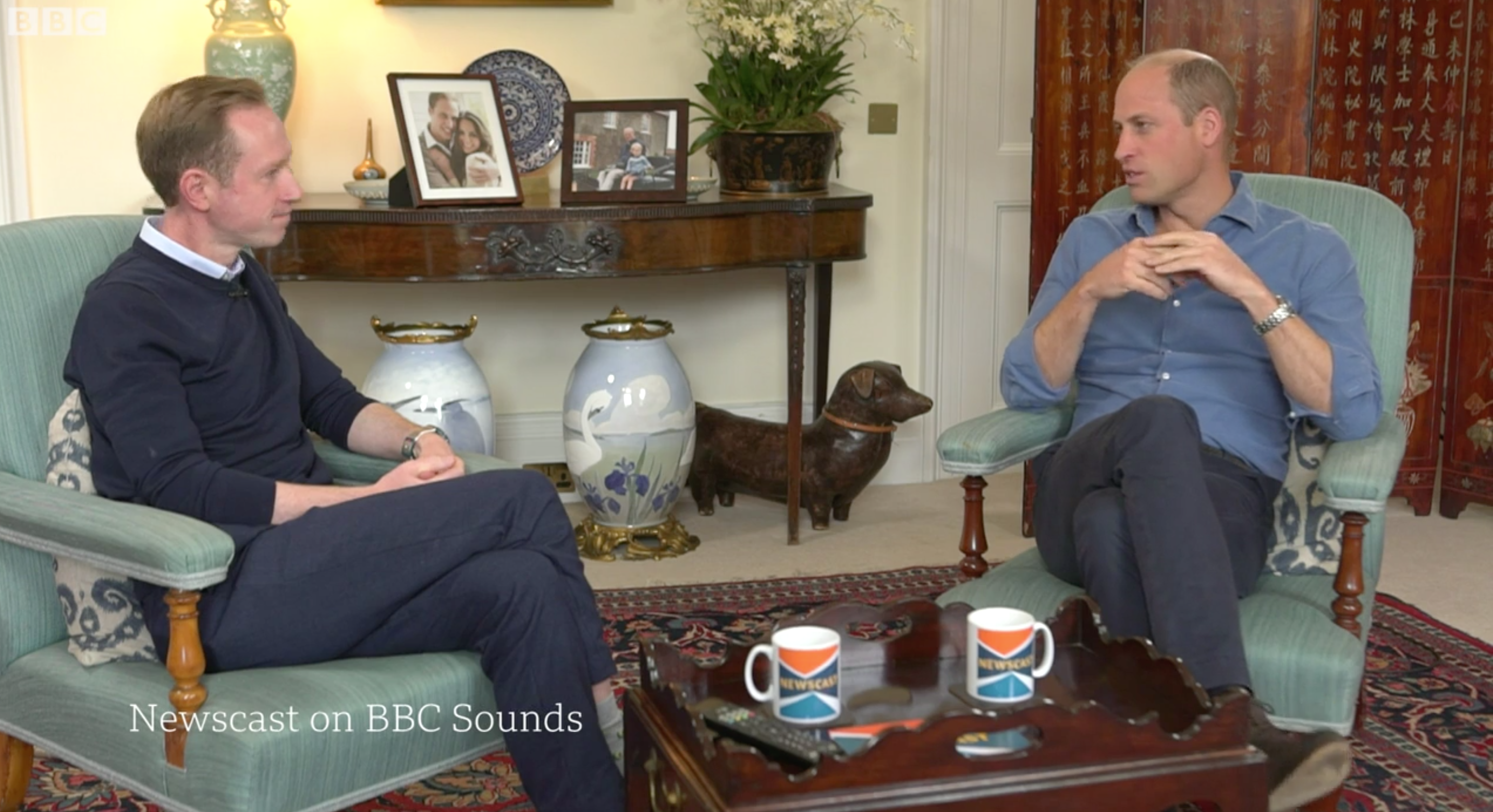 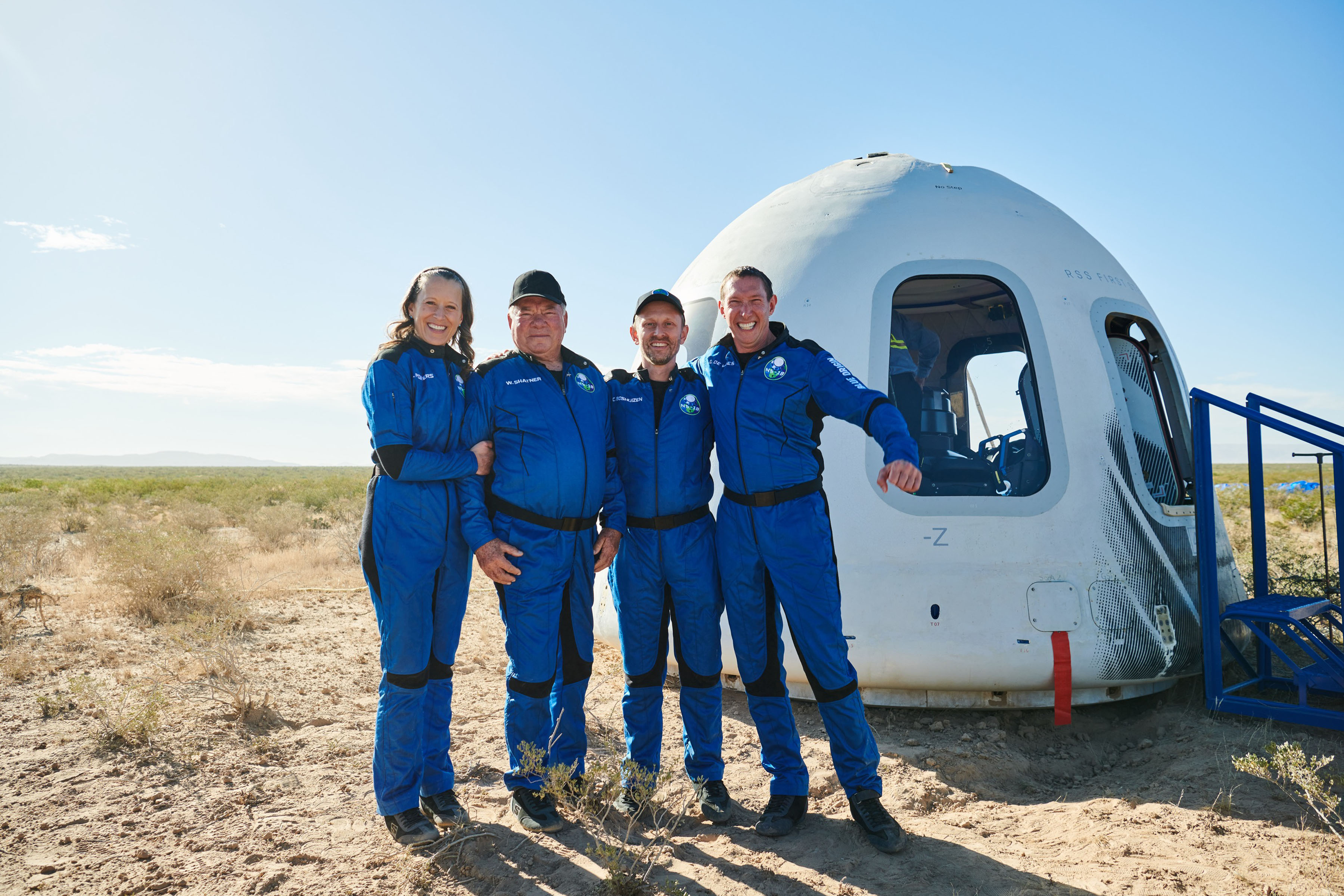 Speaking to a BBC Newscast about the new space race, William said: "We need some of the world’s greatest brains and minds fixed on trying to repair this planet, not trying to find the next place to go and live."

Shatner become the oldest person in space and was greeted when he touched back down on earth by the internet shopping tycoon.

When he landed, he said: "Everybody in the world needs to see this".

But space tourism for the rich and famous has been roundly blasted including by the United Nations for being massively environmentally unfriendly.

William spoke out ahead of his Earthshot Prize which is giving out £50million over next decade for initiatives that save the planet.

The awards, hailed as “Nobel Prize of the environmental world”, wants experts and millionaires to spend their time and money saving the planet.

His interview with BBC Newscast’s Adam Fleming filmed at Kensington Palace will be available as a podcast on BBC Sounds.

During the 35-minute chat William watched back clips from his five-part documentary The Earthshot Prize: Repairing our Planet.

He said: "I want the things that I’ve enjoyed – the outdoor life, nature, the environment – I want that to be there for my children, and not just my children but everyone else’s children.

"If we’re not careful we’re robbing from our children’s future through what we do now.’

The duke will be at COP26 in Glasgow next month as world leaders fight climate change.

He warned against "clever speak, clever words, but not enough action".

And said it was critical for the climate conference to ‘communicate very clearly and very honestly about what the problems are and what the solutions are going to be.

He added: "That's why The Earthshot Prize is so important, because we're trying to create action."

Father-of-three Wills praised his dad the Prince of Wales claiming he experienced a "really rough ride" in his decades of campaigning for green issues saying he has been ‘proven to be well ahead of the curve’.

William added: "It would be an absolute disaster if George is sat here talking to you or your successor, Adam, you know in like 30 years’ time, still saying the same thing, because by then we will be too late."

They landed following their first mission to the final frontier after spending just three minutes in zero-gravity.

When Shatner emerged from the capsule he was greeted by Blue Origin boss Jeff Bezos and instantly wrapped his arms around him.

The world's rich and famous are queueing up to buy a flight amid a new billionaire space race.

Virgin Galactic took Richard Branson 86km into the sky two months ago before Jeff Bezos did the same.

Branson said: “We’re here to make space more accessible to all. Welcome to the dawn of a new space age.”

Critics have called it a “pointless billionaire space race”, a “vanity project” and not a test of the world’s superpowers but “merely the egos of three billionaires”.

The Earthshot Prize wants the brightest minds to put their efforts into saving the planet.

Five inaugural winners of The Earthshot Prize each pocketing £1million will be announced this Sunday at 8pm on the BBC.

The fifteen finalists range from a 14-year-old girl in India who created a solar-powered mobile ironing service and the entire nation of Costa Rica. 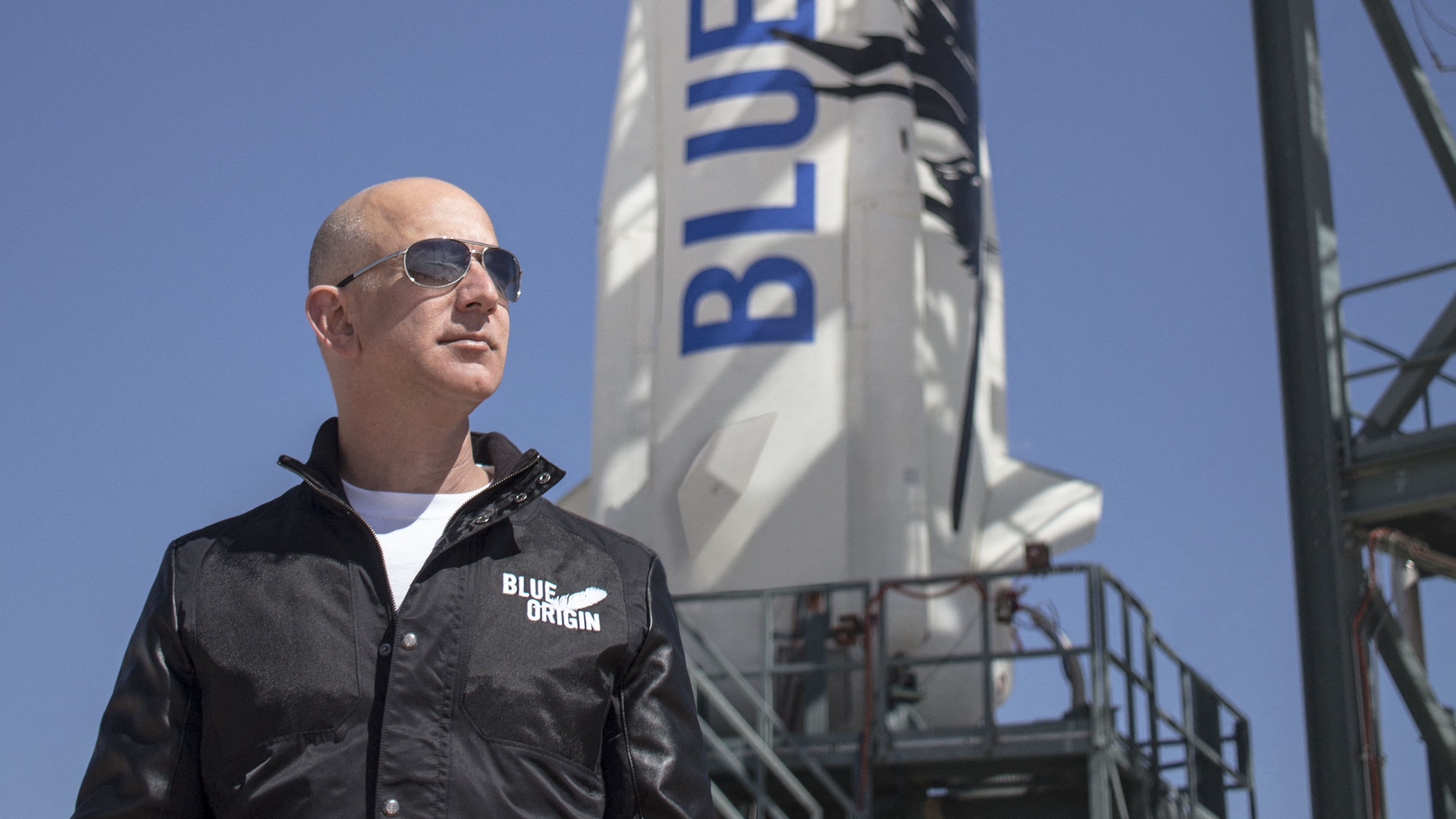 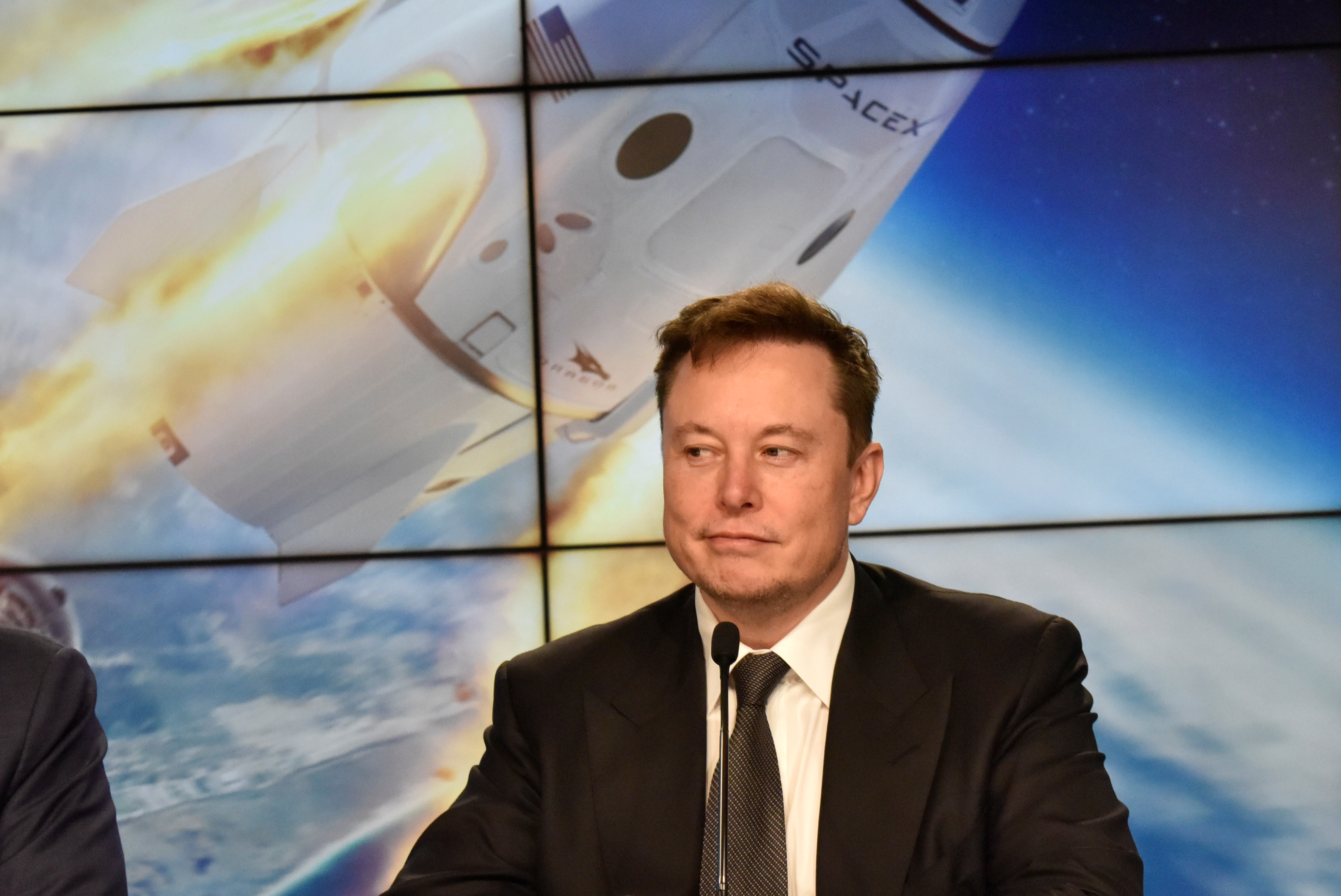