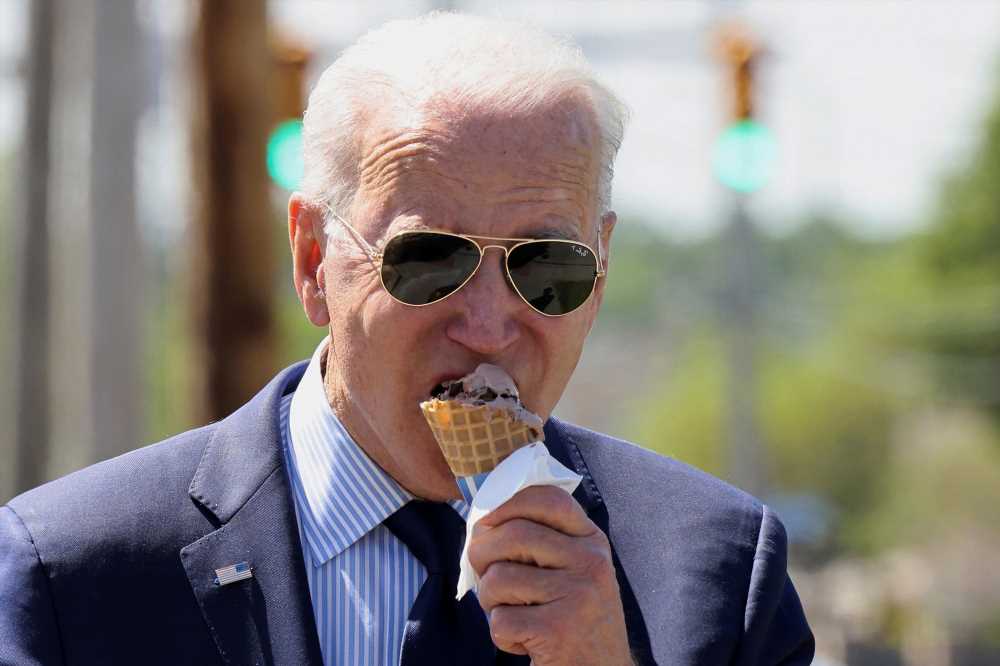 With the White House poised to unveil the largest federal budget in US history and spy agencies investigating whether a lab in China caused the COVID-19 pandemic, President Biden was grilled Thursday … about the flavor of ice cream he favors.

“Mr. President, what did you order?” a reporter shouted as Biden licked a cone at Honey Hut Ice Cream in Cleveland, Ohio.

The question was presented to Biden despite former President Donald Trump repeatedly mocking journalists for asking Biden about such things as his favorite flavor of ice cream,

“Is he ever *not* adorable?” journalist Glen Greenwald objected on Twitter.

Moss wrote, “Sorry, excuse us if we briefly can enjoy a president who doesn’t tell people they’re scum.”

Greenwald retorted, “didn’t realize that role of journalists was to ‘enjoy’ the US President, though I’ve long know that that’s how they see their role and how Democrats see it when their party is in the White House.”

Biden did face a slightly harder question while digging further into his cone — but it all came back to the summery treat.

A reporter inquired, “Mr. President, what is your message to Republicans who are prepared to block the Jan. 6 commission?”

When pressed, he added, “I cant imagine anyone voting against the establishment of a commission on the greatest assault since the Civil War on the Capitol.”

Biden on Friday will unveil a $6 trillion federal budget — the largest ever — amid Republican criticizing that inflation linked to Biden’s ambitious social agenda and potential tax increases will crush the post-COVID-19 economic recovery.

At a rally last year Trump said, “I go through these interviews and every question is a total kill… And this guy walks out holding ice cream and the press is out there, the fake news, and they say, ‘What kind of ice cream are you eating?’ — ‘Uh, uh, Chocolate, and I think vanilla too. Ha’ — I say why don’t they ever ask me those questions, right?”