The striker opted to share his experience on Twitter, "to raise awareness of this monstrous disease" – and the account is a powerful mix of humour and hard-hitting advice. 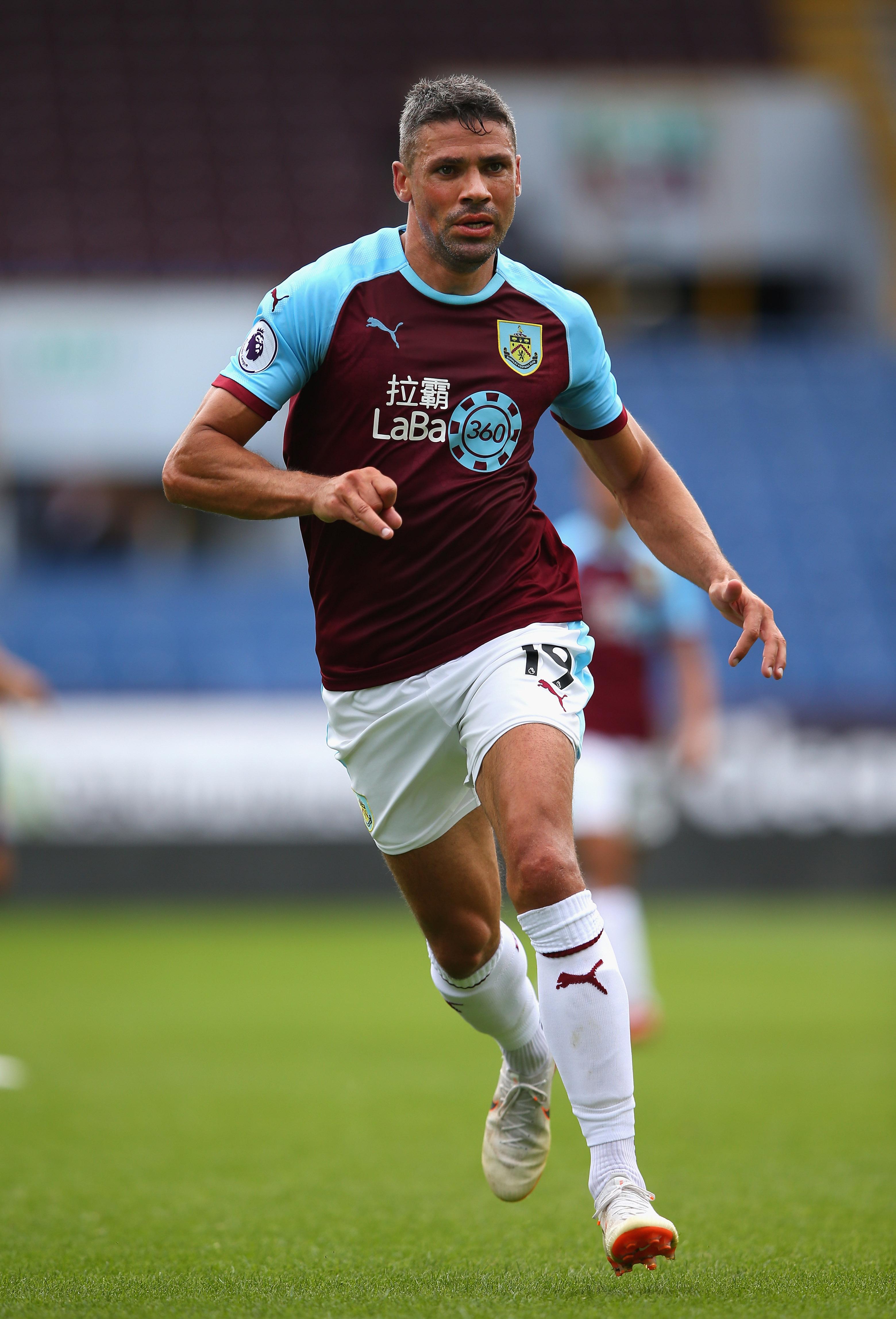 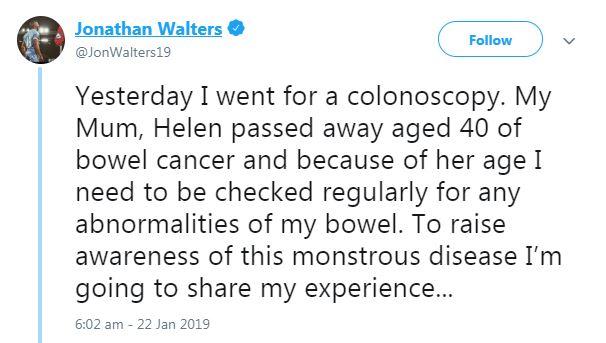 His mum Helen was just 40 years old when she died of bowel cancer.

Given her age, Walters said he undergoes regular checks for any abnormalities – lumps known as polyps that can turn cancerous over time.

To do that, doctors told the Republic of Ireland international he would have to undergo a colonoscopy – that's a camera up your bum to the lay person.

Walters's candid account breaks down exactly what you have to go through – helping breaking down one of the many taboos around bowel cancer.

'My advice could save your life'

"It's 23 years since mum passed away," the 35-year-old tweeted. "With the advances in medicine since then, I would like to envisage that taking my advice could help save your life."

"Firstly, I spoke with the club doctor and arranged to meet Dr M, a specialist.

"He explained the process, which went in one ear and out the other, mainly because all I heard was how he was going to stick a tube 12,000ft up my backside."

The former Ipswich Town player said he was sent home with a powdered solution called MoviPrep – a laxative – and was instructed to take the morning of his procedure.

"In itself it sounds quite innocuous but trust me when I say it's one of the worst inventions known to man, or woman," he went on.

"The day before the colonoscopy I followed the instructions explaining what I should and shouldn't eat, but all I could think about was the 12,000ft tube that was looming the next day.

"I stopped eating at 9pm and mentally prepared for what was coming.

"The next morning I made my first solution of MoviPrep.

"I mixed two sachets of powder with one litre of water and this took one-and-a-half hours to drink.

"The reason it takes so long and what no-one tells you is that it tastes like orange flavour cat urine mixed with toilet cleaner.

'It's like a nuclear bomb going off in your stomach'

"MoviPrep is a laxative so you are advised to 'stay near a toilet'.

"To be more accurate it should tell you to stay on the toilet as you will experience what can only be described as a nuclear bomb going off in your stomach.

"This human waterfall goes on for an hour or so until your bowels are completely and utterly emptied.

"You're so relieved when it's all over UNTIL you then realise you've got to make up another solution of MoviPrep and do it all over again."

Once Walters's had endured the laxative, he had to make his way to hospital in Manchester – a 45-minute drive from his home.

He added: "Normally that wouldn't be a problem but I've now had two litres of nuclear laxative and I'm struggling to walk 12 yards to the toilet.

"The father-in-law volunteered to drive me.

"I didn't explain the morning that I've had to him and that I contemplated buying some sort of adult nappy or bringing a waterproof coat for him in case of another explosion went off.

"We managed to complete the journey without any incidents and went through to the ward to prepare for the tube and film crew who were going to have a look up my backside.

"Once the hospital gown was on I was ready to go.

"Now in the room I was having a nervous look around for the 12,000ft tube and decided they must bring it in after the anaesthesiologist works his magic.

"I then witnessed a 20-minute journey through my bowels on a TV screen and asked Dr M the most serious question of all… did he find my head up there as I’ve been told on many occasions that’s where it’s at?

"Thankfully it was the easiest of procedures and my bowels are completely clear of any polyps and I have no worries whatsoever.

"The next step for me is to get some genetic tests to see whether my mum’s bowel cancer could have been passed on genetically.

While making fans laugh, Walters's said he shared his experience for a serious reason, "colonoscopies aren't a joke and neither is bowel cancer".

"It's a vile disease that can be prevented with some education and awareness on early signs of the disease," he said.

"There's no shame in doing what I've done."

Bowel cancer is the second deadliest cancer in the UK – but it can be prevented and cured, if it's caught early enough.

Catch it at the earliest stage – stage 1 – and a patient has a 97 per cent chance of surviving for five years or longer.

But catch it at stage 4 – the most advanced stage, after it has spread – and that chance plummets to just seven per cent.

The disease is most common after the age of 50, but more and more young people are being diagnosed.

That's why The Sun launched the No Time 2 Lose campaign last April, calling on the Government to lower the bowel cancer screening age from 60 to 50.

In August the Government listened and agreed to lower the age – a move which could save more than 4,500 lives a year.

It's a change that still wouldn't have picked up Walters's mum's cancer.

That's why our second campaign aim is to raise awareness of the signs and symptoms of bowel cancer, to ensure everyone is armed with the knowledge that could save their life.

The five red-flag symptoms of bowel cancer include:

If you are worried, book an appointment to see your GP to talk over your symptoms.