Micro-parties may find it more difficult to have their candidates elected under laws to be introduced to Victoria's parliament that would ban the controversial practice of preference harvesting.

Reason Party MP Fiona Patten has drafted legislation to make it illegal for a person to be paid by multiple parties or candidates to coordinate group voting tickets, a practice that has been criticised for electing candidates that secured less than 1 per cent of the vote. 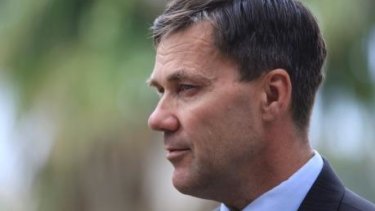 The proposed ban is targeted at Glenn Druery, the so-called “preference whisperer” who has been paid up to $50,000 by little-known candidates to harvest preferences between groups of political aspirants.

At Victorian elections, most people vote "above the line" for upper house candidates rather than numbering their first-to-last preferences for individual candidates. Mr Druery, who opposes Ms Patten's proposal, brings small parties together to preference each other, allowing them to lift their votes above larger, more popular parties as preferences are distributed.

Victoria and Western Australia are the only jurisdictions left in Australia where the use of group voting tickets allows Mr Druery's strategy to affect the outcome of elections.

In 2014, Mr Druery's group of candidates won five of 40 seats and in the 2018 election he was paid by at least six of the 11 crossbench MPs currently in the upper house.

Ms Patten said the practice amounted to "a corruption of our democratic process" and said she would seek to amend the Electoral Act to make it an offence to work for more than one candidate or party coordinating preference deals.

"People should not be able to buy their way into parliament," Ms Patten said, "but effectively that is what has been happening."

"Group voting tickets exist for a reason, but currently they are being manipulated for profit. This is a corruption of our democratic electoral process and does not reflect the will of voters."

Ms Patten paid Mr Druery $20,000 to help get her elected in the 2014 election, but did not use his services in the 2018 campaign. She referred Mr Druery to authorities for planning group voting tickets while he was working as a staffer to then-senator Derryn Hinch.

The leader of the Liberal Party in the upper house, David Davis, said Mr Druery subverted representative democracy, an indication that the bill had a chance of gaining upper house support, but the preference whisperer himself labelled the potential laws "oppressive".

"Do we live in China or Russia? Give me a break," he said. 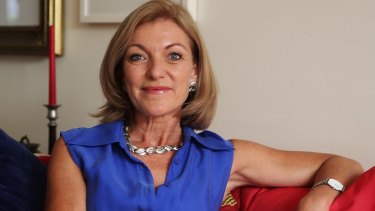 "Fiona advocates centre-left libertarian values and she wants to introduce this oppressive legislation … Without my services, she wouldn't be in parliament.

"If [she] puts up legislation that harms minor parties' chances of re-election, she will very likely face their preferential wrath at the next poll."

Mr Davis said it was clear preference harvesting overturned the voting intention of the public because parties from opposing ends of the ideological spectrum preferenced one another.

"It makes no sense other than gaming of the system," he said. "You want the democratic will of the people reflected in the parliament, not a lottery."