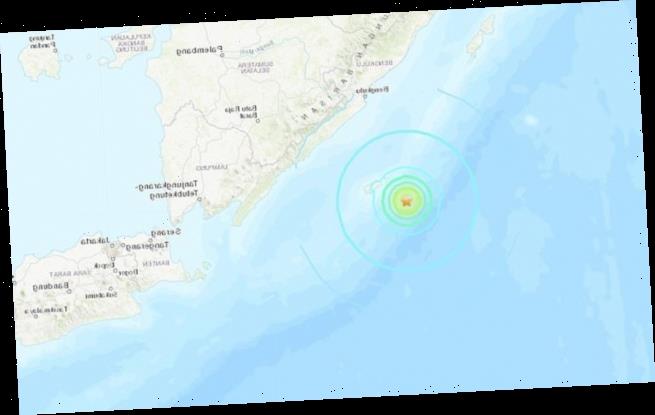 So far, no casualties have been reported and the extent of any potential damage remains unclear. 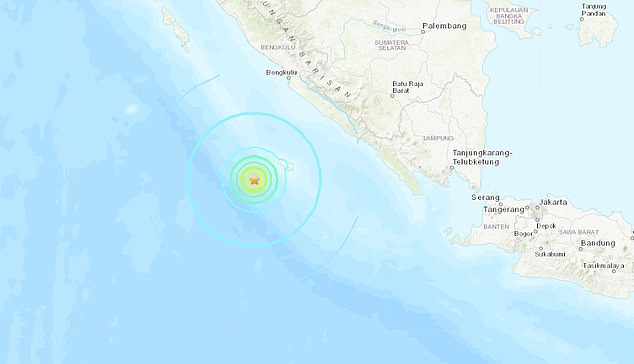 The quake was at a depth of 18.64 miles (30 kilometres), EMSC said, and struck roughly 60 miles south of the city of Bengkulu, which is home to more than 300,000 people. Pictured: A map showing the location of Wednesday’s quake

A further 40,000 people were directly affected by the earthquake on January 15.

Eight of the victims died when Mitra Manakarra Hospital in Mamuju partially collapsed, with 60 people being evacuated to safety in time.

Some sought refuge in the mountains, while others rushed to cramped evacuation centres, witnesses said.

The epicentre of last month’s quake was 3.73 miles northeast of Majene city at a depth of 6 miles. Majene has a population of around 63,000.