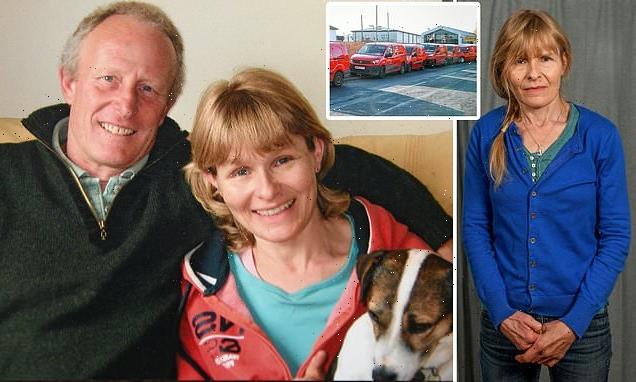 The devastated family of a postman found dead in his van have hit out at the lack of face to face appointments on the NHS after an inquest heard the fatal condition that killed him was misdiagnosed by a GP over the phone.

James Dow died after suffering severe blood loss while on duty when an ulcer on his foot ruptured, a coroner was told.

The inquest heard that several weeks before his death, the 61-year-old had had a phone consultation with a doctor who said he probably had gout.

His family now say that he could still be with them today if he had been able to see the GP face-to-face as the doctor would have been able to see physical evidence she had got the diagnosis wrong. 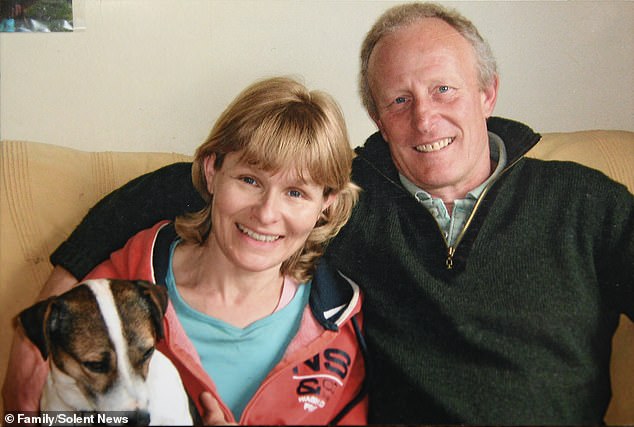 Postman James Dow (right) was found dead in his van after suffering severe blood loss when an ulcer on his foot ruptured, a coroner was told 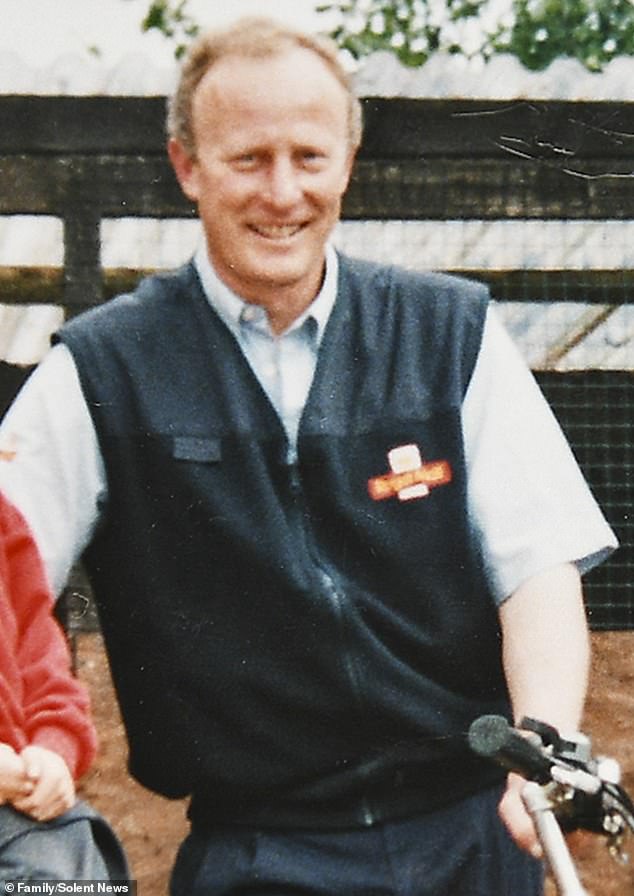 A month before Mr Dow died in October 2021, the Daily Mail launched a campaign to get patients back in the room with GPs amid fears life-threatening diseases could be missed following the widespread introduction of telephone consultations during the coronavirus pandemic.

At the inquest, family doctor Elizabeth Anne Wilson – now retired – said she would have seen Mr Dow had an ulcer if she had seen him in person but that over the phone he had not described his symptoms properly.

Mr Dow’s younger son Jamie, 23, who works in construction, said: ‘It was not a diagnosis – she said “let’s go with gout”. It’s more of a guess than a diagnosis.

‘The symptoms of gout were not what he described to her.’

Mr Dow’s eldest son Theo, 26, an electrician, said: ‘The fact is that he wasn’t seen by a doctor and he was diagnosed on the phone.

‘The outcome would have been different if he had gone into the surgery as she have been able to see it. They didn’t do their job.’

Mr Dow passed away while many surgeries were restricting face to face appointments due to Covid.

The inquest in Winchester, Hampshire, in November was told that only three weeks before his death, Mr Dow had a phone consultation with Dr Wilson, of his local Ringwood Medical Practice, as he was suffering swelling in his left foot and leg.

Afterwards, he told his family the doctor had said ‘let’s go with gout’ – a disease he had previously suffered with.

Dr Wilson – who had 34 years’ experience as a family doctor – told the inquest that Mr Dow had failed to mention the ulcer on his foot or the brown discolouration of his skin he had spotted.

The ex-GP told the inquest: ‘During [the] Covid pandemic [the] NHS instructed all GPs to assess patients initially remotely.’ 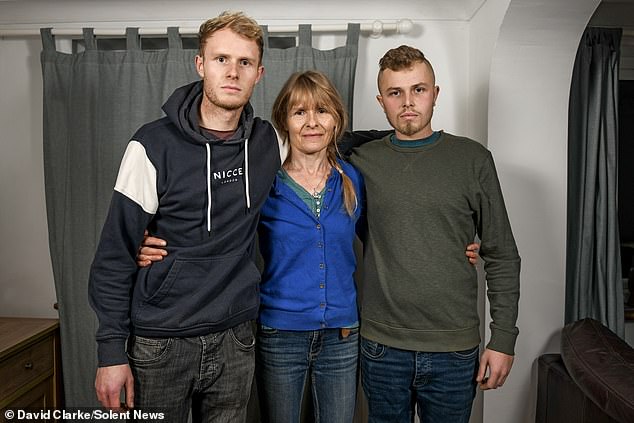 Mr Dow’s eldest son Theo, 26, (left) an electrician, said: ‘The fact is that he wasn’t seen by a doctor and he was diagnosed on the phone. The outcome would have been different if he had gone into the surgery as she have been able to see it. They didn’t do their job.’

She said that if she had been told about the ulcer or discolouration, she might have requested he send a photo and book a face-to-face appointment.

Asked why she had not asked for a photograph, Dr Wilson replied: ‘He didn’t mention the changes to the colour of his foot – he mentioned no ulcers or discolouration. I can only act on the information I’m being given by the patient.’

She added: ‘Some ulcers can be quite painful. I’ve never known a patient with an ulcer on their foot or leg not to tell the doctor that’s what they have.’

Dr Wilson said that during a follow-up phone consultation, Mr Dow told her the swelling had ‘settled’ and made no mention of the ulcer or discolouration.

His wife Nina Dow, 54, told the inquest that on the day her husband died he had ‘for the first time ever’ come home to his house in Ringwood for a cup of coffee while on his route, but made no mention of his foot pain to her.

He was found dead in his van by a member of the public only a few hours later. 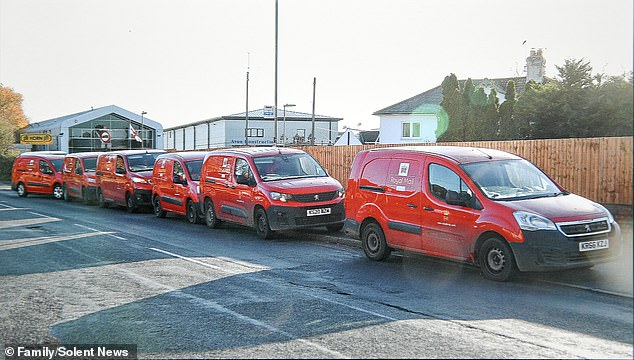 Coroner Jason Pegg said that Mr Dow’s death was caused by the 2cm ulcer on his left foot which ruptured and caused severe blood loss.

A pathologist’s report said that the ulcer was 3mm from an artery, which may have exacerbated the blood loss when the ulcer ruptured.

At the inquest, the coroner said: ‘(Mr Dow) didn’t report the discolouration to the doctor. I don’t know why he chose not to tell the doctor.

‘Might be, from what we heard, because he was quite a stoic individual.’

England had left lockdown by this time, but it remained challenging for many patients to book face-to-face appointments to see their GPs.

Concerns were raised about the lack of in-person appointments, with experts and patients fearing that the shift would impact negatively on people’s access to adequate healthcare. 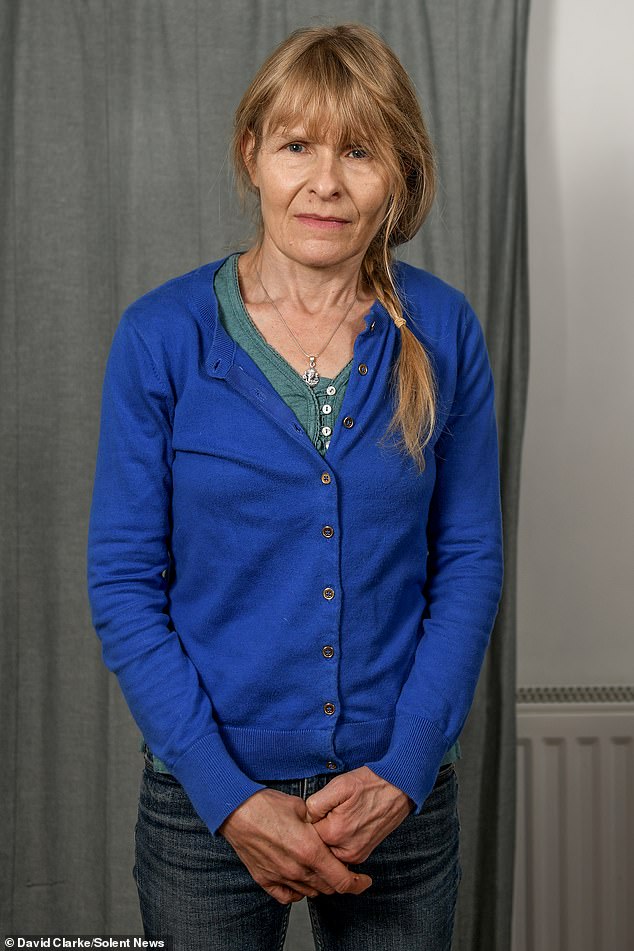 James’s family say he could still be with them if he had been able to see the GP face-to-face as the doctor would have been able to see physical evidence that she had got the diagnosis wrong. Pictured: His widow, Nina Dow

The Dow family say they are concerned that others are not receiving the ‘duty of care’ they deserve due to a lack of face-to-face consultations.

Mrs Dow said: ‘The doctor did not see his foot. Anyone could see something was wrong with it – it was swollen and multi-coloured.

‘(The doctor) said she would have diagnosed an ulcer. What she described as gout was not what James had.

‘At the inquest, it was blamed on James and they said that he didn’t describe it properly. Had he gone into the doctor limping, then she would have found an ulcer.’

She added: ‘People are not getting the care they need as well as the diagnoses. There’s no duty of care.

‘It’s happening to other people – people are not getting the treatment they need.’

Theo said: ‘All through Covid, the fact that people were not seen – I am sure people had problems that were not diagnosed. Doctors still have a duty of care.

‘In her own words, (the doctor) said the ulcer would have been visible. She would have known what it was.

‘We want people to know what happened and the main point is the misdiagnosis.’

Jamie said: ‘All his colleagues said he really liked (his job). He knew all of his customers there were people stood outside as we went around his route.’