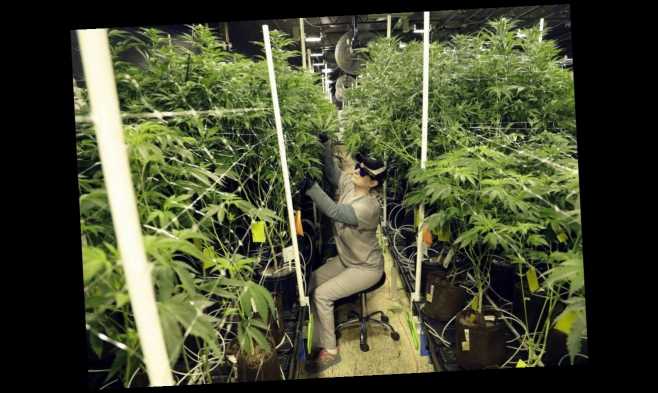 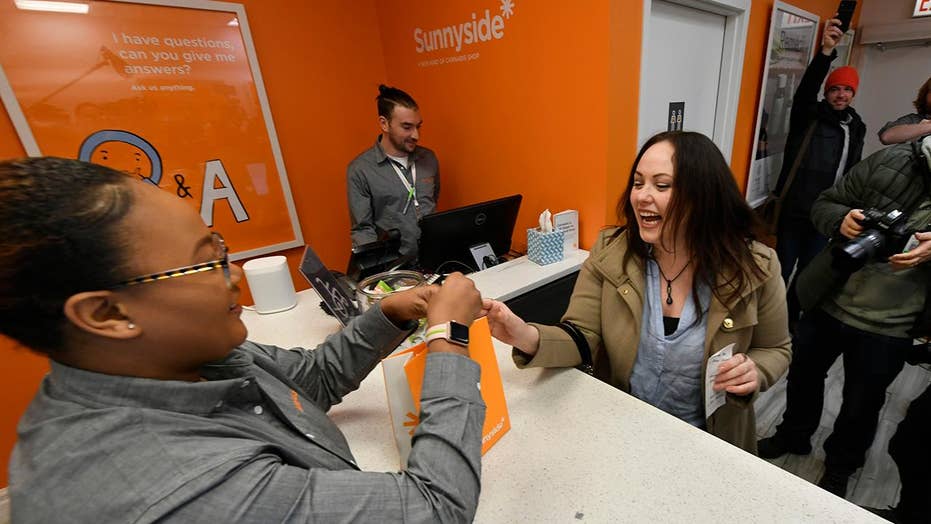 Illinois legalizes marijuana, $3.2 million in sales made on first day

Illinois lieutenant governor among state’s first to buy pot; reaction and analysis on ‘The Five.’

Marijuana dispensaries in Oregon’s  largest city have been tageted in a surge of robberies in the last year, which some industry experts say underscores the need for banking access in the burgeoning cannabis industry.

The Portland metro area has seen 126 dispensaries robbed or burglarized since last March, according to data from the Oregon Liquor Control Commission.

“One challenge that dispensaries have is they’re an all-cash business,” Mark Pettinger, a spokesman for Oregon’s recreational marijuana program, told Fox News in explaining why marijuana businesses are prime targets for criminals.

Because marijuana is listed as a “Schedule 1 Drug” by the federal government — meaning it is not currently accepted for medical use and /or has a high potential for abuse — cannabis businesses have trouble accessing bank accounts, loans, and other financial services, even in states like Oregon where the drug is legal.

“You rob the bank because that’s where the money is, but that’s also been true of marijuana dispensaries for quite a long time,” Trevor Burrus, a research fellow at the Cato Institute, told Fox News. 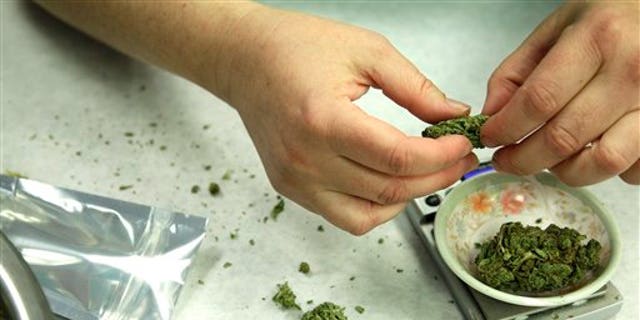 Marijuana is weighed and packaged for sale at the Northwest Patient Resource Center medical marijuana dispensary in Seattle.
(Associated Press)

Some lawmakers are currently trying to fix the financial challenges. One bill, the Secure and Fair Enforcement (SAFE) Banking Act, would prohibit “a federal banking regulator from penalizing a depository institution for providing banking services to a legitimate marijuana- or hemp-related business.”

The SAFE Banking Act has cleared the House multiple times, only to fail in the Senate, but that could change soon with Democratic control of the upper chamber.

Burrus said something needs to happen at the federal level because banks are so risk-averse.

“If you bank a marijuana business, they would consider you essentially like a money-laundering outfit for a drug cartel. You would be equivalent, under federal law, as laundering money for the Mexican cartels,” Burrus said. “They won’t even touch it until federal law [is clarified].”

Pettinger noted that federal prohibition is just one challenge for Portland’s dispensaries. Police resources have also been limited due to a $15 million cut to the city’s police budget last summer.

John Monteleone III, the owner of a dispensary in southwest Portland, told Willamette Week that he no longer can depend on the police.

“They don’t care. They don’t show up,” Monteleone told the newspaper, which also reported on the surge in crime at dispensaries this week. “There’s no policing going on. And you think the gangs aren’t smart enough to notice that? It essentially allowed the criminal underbelly to take over.”

The Portland Police Bureau said that officers have been spread thin recently amid the budget cuts.

“We have significant staffing challenges, coupled with an increase in calls that fall into many crime categories,” a spokesperson for the Portland Police Bureau told Fox News. “PPB officers continue to respond to calls as quickly as possible and offer dedicated police services to the city of Portland.”