Pope’s ode to motherhood: Francis urges Catholics to ‘learn from mothers’ heroism’ as he ushers in the new year after a disastrous 2018

Pope Francis has ushered in the New Year with an ode to motherhood, reminding the faithful that a mother’s example and embrace is the only antidote to today’s disjointed world of solitude and misery.

Francis celebrated Mass in St. Peter’s Basilica on New Year’s Day to formally open 2019. In his homily, he urged Catholics to allow themselves to be led again, as children are led by their mothers.

He said: ‘We need to learn from mothers that heroism is shown in self-giving, strength in compassion, wisdom in meekness.’ 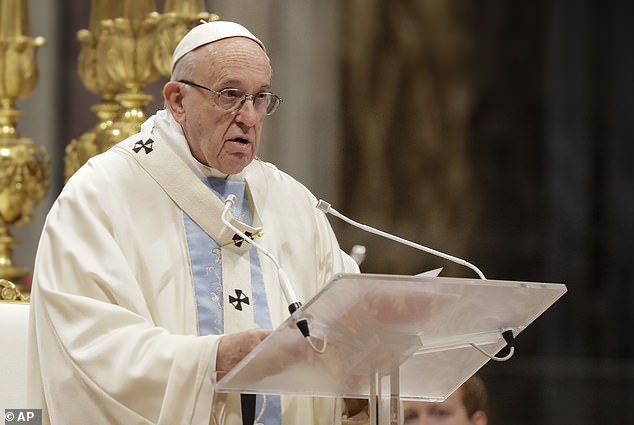 Wise words: In his homily on New Year’s Day, Pope Francis urged Catholics to allow themselves to be led again as children are led by their mothers

The New Year followed a disastrous 2018 for Francis, which opened with the explosion of the global sex abuse scandal and ended with the sudden departures of the Vatican spokesman and deputy in a sign of discord and dysfunction within the Holy See.

The news that the Vatican spokesman and his deputy have both quit was announced  yesterday, just weeks after the Pope appointed his close friend as an ‘editorial director’.

An official statement released on New Year’s Day did not give a reason for the resignation of American former Fox News journalist Greg Burke and Spaniard Paloma Garcia Ovejero. 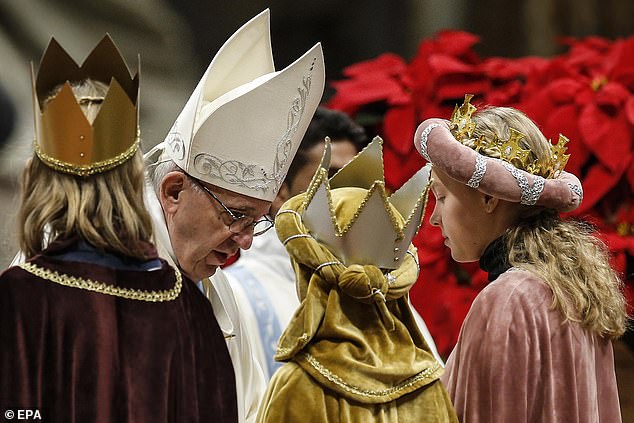 Pope Francis greets three children dressed as the ‘Three Wise Men’ during the Mass in St. Peter’s Basilica at the Vatican 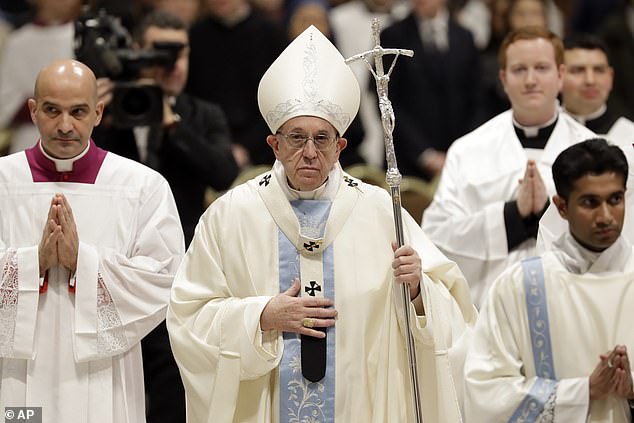 Catholic leader: Pope Francis leaves after celebrating a new year Mass in St. Peter’s Basilica at the Vatican on Tuesday

In a tweet, Burke said he and his deputy had resigned effective January 1. Burke wrote ‘At this time of transition in Vatican communications, we think it’s best the Holy Father is completely free to assemble a new team.’

This year will likely see the outcome of a canonical investigation into ex-Cardinal Theodore McCarrick, accused of sexually abusing minors and adult seminarians, as well as the results of a Vatican investigation into McCarrick’s rise through church ranks.