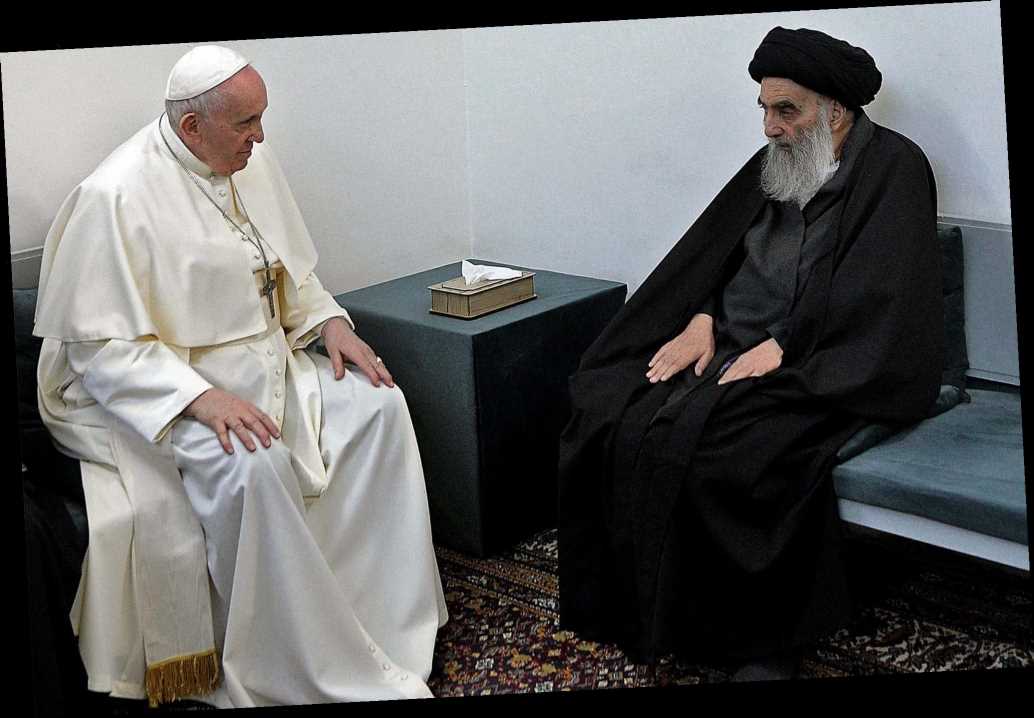 Pope Francis to meet with top Shiite cleric in Iraq

Pope Francis expects to die in Rome, won’t be buried in Argentina

Pope Francis held an historic meeting with one of Shia Islam’s most powerful figures and visited the birthplace of the biblical prophet Abraham in Iraq on Saturday during his first international trip since the beginning of the coronavirus pandemic last year.

The 84-year-old leader of the Catholic Church held a 45-minute meeting with the Grand Ayatollah Ali al-Sistani, the reclusive and legendary Shiite cleric, at his modest home in the holy city of Najaf in central Iraq.

“The Holy Father stressed the importance of collaboration and friendship between religious communities,” according to a Vatican statement released after the historic meeting with the 90-year-old Muslim cleric, a powerful spiritual leader who urged his millions of followers in the Shiite majority country to take up arms against ISIS fighters in 2014.

The meeting was one of Francis’ first stops on his whirlwind four-day trip to the Middle Eastern country, which also included a visit to the 4,000-year-old city of Ur, the birthplace of Abraham, the prophet who symbolizes a unifying force for Muslims, Christians and Jews. The Pope has stressed understanding among religions one of the main tenets of his papacy.

“From this place, where faith was born, from the land of our Father Abraham, let us affirm that God is merciful,” said Francis during an interfaith prayer service in Ur which brought together Shia, Sunni, Christian and Yazidi religious leaders. “Hostility, extremism and violence are not born of a religious heart: they are betrayals of religion.

“We believers cannot be silent when terrorism abuses religion,” said the Pope, whose trip to the country amid the lingering pandemic and renewed violence is considered one of his riskiest since his papacy began in 2013. “Let us not allow the light of heaven be overshadowed by the clouds of hatred.”

On Sunday, the Pope is scheduled to visit the Church of the Immaculate Conception in Qaraqosh, a largely Christian community in northern Iraq. The church was looted by Islamic State militants in 2014.