Didn’t spot that one coming! Police speed camera van crashes into a hedge to the delight of passing drivers in Lincolnshire

Police trying to trap speeding motorists had a surprise when their mobile camera van was shunted through a garden hedge.

A passenger in a passing vehicle captured the immediate aftermath of the collision that left the Lincolnshire Police camera van out of action. 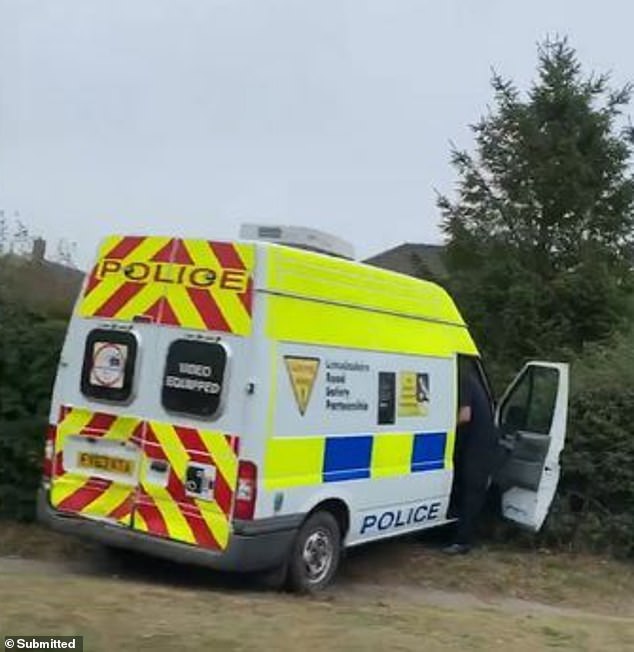 A police speed trap van was shunted into a hedge after it was struck by another van in Horncastle, Lincolnshire 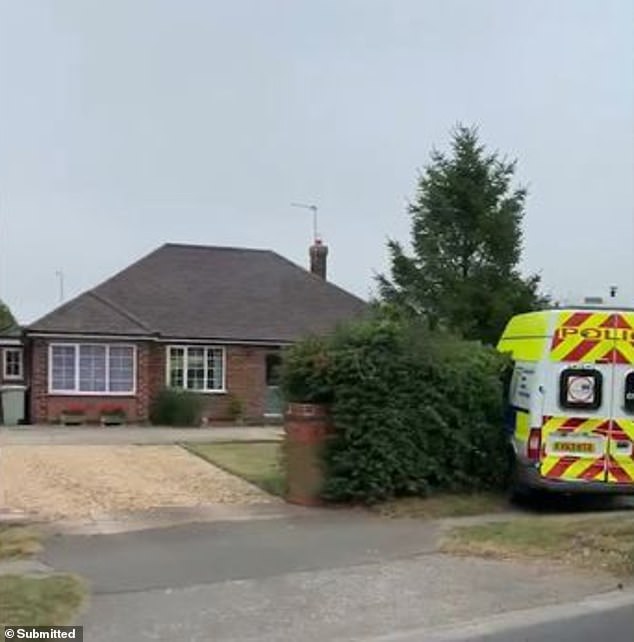 Another driver, Jason Tingle told how the mobile speed camera van had slowed down to park up but was in collision with a van, resulting in it being shunted into a resident’s garden.

The collision happened outside a bungalow on Boston Road in Horncastle.

Mr Tingle said: ‘It was pulling in to the verge to park up to start doing his camera work and it ended up in the hedge.

‘Luckily no one was going past at the time.

‘There is damage to both the vans but fortunately no one is hurt.’

Some drivers had questioned the need for speed cameras on roads, particularly when there was minimal traffic.

Police have defended the use of mobile speed cameras after a number of motorists were caught travelling at excessive speed on roads in Lincolnshire while they were quieter during the Coronavirus lockdown.

In one instance a motorist was stopped speeding at 130mph.

According to officials, the officers manning the mobile speed cameras have been the target of a lot of abuse from drivers.