Police Scotland spent £3.2million on Donald Trump’s visit last summer when he stayed for two nights at his own Trump Turnberry hotel

The force had to arrange for hundreds of officers to attend protests and other events during the US President’s trip in July.

He spent two nights at Trump Turnberry resort in Ayrshire after meeting the Queen and holding talks with Theresa May.

Despite the short stay, it was costly.

The force has disclosed it spent £3.2million over its usual budget to provide policing for the visit.

In response to a freedom of information request from the Guardian, Police Scotland said 5,537 personnel had claimed overtime or time off in lieu, with the overtime bill reaching nearly £1.6million.

Acting Chief Constable Iain Livingstone had to cancel leave and rest days to ensure sufficient manpower for the visit. 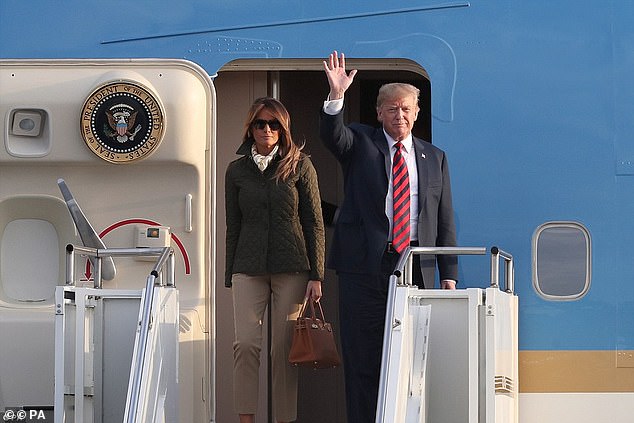 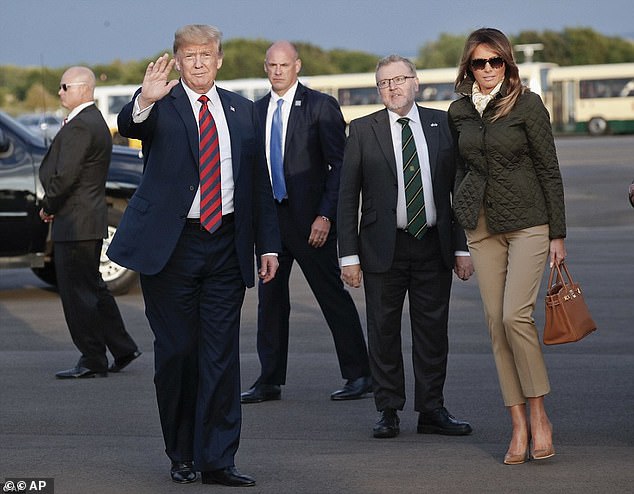 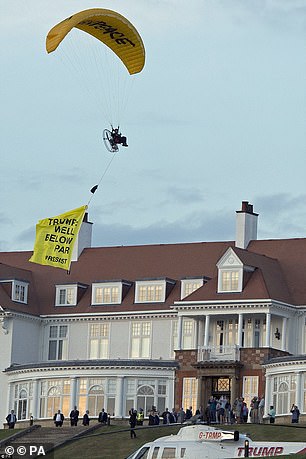 Scottish Green co-convener Patrick Harvie told the paper: ‘The public will be appalled at the cost we are all paying as a result of the UK Government fawning over this bigoted bully.

‘He should never have been invited and Police Scotland should send the bill not to the UK Government but to Trump himself, as his visit was part business expense, part ego trip.’

During his stay a number of protests took place. One man was arrested after he floated down to the hotel on a paraglider.

Calum Steele, general secretary of the Scottish Police Federation, told the Guardian: ‘The President of the United States did not visit the UK to meet the Prime Minister of England.

‘The policing costs were considerable and unless met will leave the service with diminished capacity and capability to deliver policing in Scotland, especially at a time of shrinking budgets.’

Treasury minister Liz Truss has confirmed the UK Government will be footing the bill.