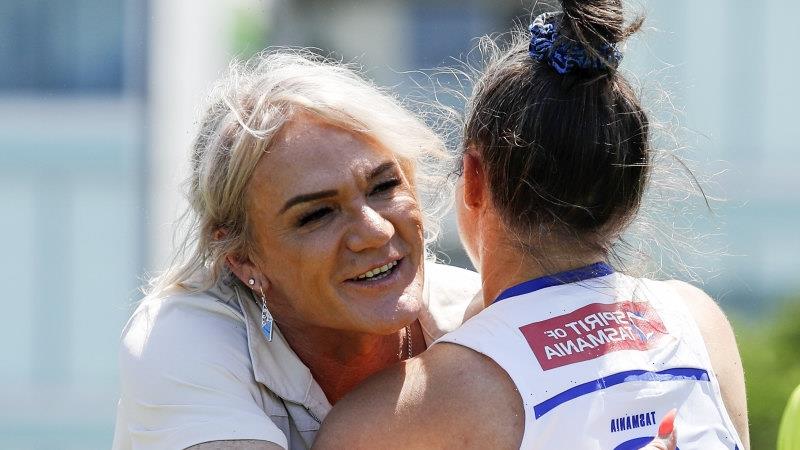 The last of the three police officers charged with releasing information about the arrest of former AFL coach Dani Laidley has had charges withdrawn by prosecutors, bringing the scandal to a close. 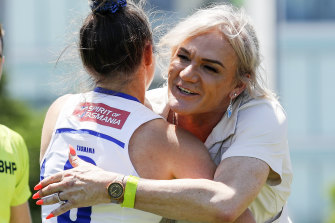 Hall is the third officer cleared of any criminal offending over the release of information about Laidley’s arrest in May 2020, when the former North Melbourne coach and player was photographed while being interviewed by two officers inside St Kilda police station, after her arrest for stalking.

Laidley was wearing a wig and make-up at the time and the interview photograph and a mugshot both ended up in the public domain.

Hall was charged with two counts of disclosing police information without reasonable excuse, and was alleged to have sent text messages to a man and a woman with information about Laidley’s arrest. He had indicated previously he would contest the charges.

The withdrawal of his charges comes three weeks after former senior constable Shane Reid – who allegedly used his phone to snap a photo of Laidley’s interview and then posted the image to a WhatsApp social group of eight other officers – had his charges struck out by a magistrate. 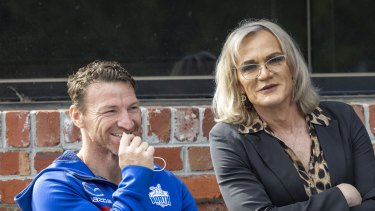 In March, another magistrate dismissed charges against Detective Leading Senior Constable Murray Gentner, who allegedly shared the mugshot in the WhatsApp group, and also described Laidley as a “tranny” and an ice user to others in the group. 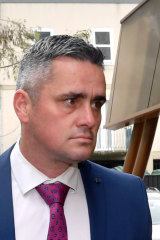 “It’s a disappointing outcome given the overwhelming and extraordinary response of the community to Dani’s case. It suggests that we need law reform in the area to better deal with this type of conduct,” King said.

Reid and Gentner didn’t take the mugshot and maintain they didn’t share it or the photo of the interview outside the WhatsApp group.

Magistrates in both the Gentner and Reid cases found the officers had no case to answer, and that their conduct didn’t constitute criminal offending. Both men expressed regret for the distress they caused Laidley in interviews they did with investigating police at the time.

Laidley this year received a confidential financial settlement from Victoria Police after launching a claim in court that argued the force and its officers breached the duty of care owed to her while she was in custody.

Six officers were previously ordered to pay Laidley compensation, while others were disciplined within the force.

Laidley ultimately pleaded guilty to stalking and was put on a good behaviour bond without conviction.