A police e-fit has been mocked online after web users said the suspect’s beard looked like it had been drawn ‘by a toddler’ with an Etch A Sketch.

Northamptonshire Police have released the image of a suspect in connection with the attempted abduction of a 15-year-old girl back in June.

The e-fit shows an Asian man with a bushy black beard covering up most of his face with a bizarre large black line running from his ear to his head. 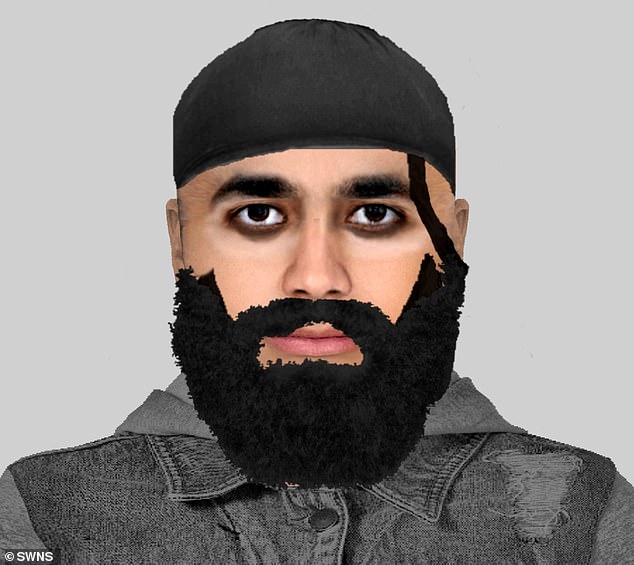 Northamptonshire Police have released the image of a suspect, pictured, in connection with the attempted abduction of a 15-year-old girl back in June

But the picture also shows the suspect with dark bags under his eyes and wearing a black durag – a type of bandana worn to encourage dreadlocks to grow in the hair.

Social media users mocked the ‘weird’ image online after it was issued by the force on August 6 as part of a reappeal.

Many pointed out that it looked like a child had drawn the e-fit while others said it looked like ‘somebody had slipped with the mouse on Microsoft Paint.’

Kevin Hopkins wrote on Facebook: ‘My 3 yr old draws better beards so let me know next time u want one doing.’ 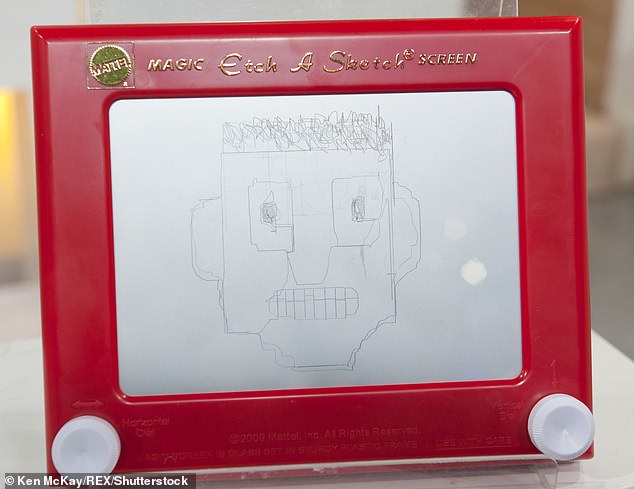 Amanda Punter said: ‘This is quite a serious post and the police have posted a picture that looks like a school child has drawn all over it, obviously they have used the app EFits for beginner.’

Carl Dickson wrote: ‘I thought e-fits were getting more realistic? That beard looks like it was drawn by a toddler.’

Peter Howells added: ‘Look out for a fella with a weird felt tip beard. Can’t be many of them about!’

Pete Smith said: ‘Glad to see Etch A Sketch is still in use.’

The force are appealing for witnesses to come forward after a teenage girl was approached by a man at 1.30pm on June 7 in Lindsay Avenue, Northampton.

A police spokesperson said: ‘A 15-year-old girl was approached by a man who attempted to grab her. 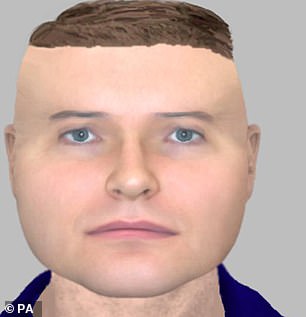 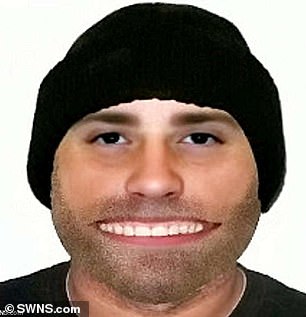 Forces around the country have been mocked for the pictures they have released of suspects, with Northamptonshire Police getting laughs with their ‘Lego man’ e-fit (left) and Warwickshire Police releasing a hilarious image of a ‘Cheshire Cat Burglar’ (right)

‘The offender is described as being an Asian man, of a stocky build with a big black beard and a ringlet of hair hanging down the left side of his face.

‘He was wearing a durag on his head which was tied in a bow on the right hand side, a denim jacket and a cream t-shirt.’

Anyone with information or who may have witnessed this incident is asked to call Northamptonshire Police on 101 quoting reference number 20000288387. 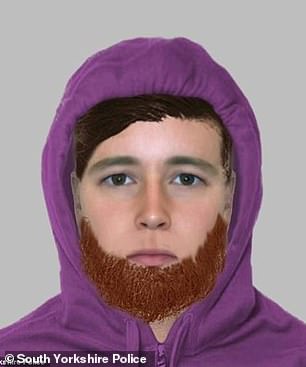 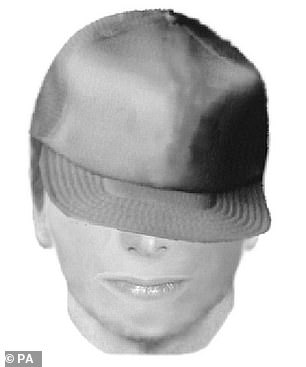 South Yorkshire Police released the e-fit (left) of a suspect which was ridiculed online due to the orange beard, and Residents in Pontypool, South Wales, were left scratching their heads at this e-fit of a suspect (right) where only the nose and mouth can be seen

Or alternatively call Crimestoppers anonymously on 0800 555 111.

This is certainly not the first time a police e-fit has been ridiculed, with police forces across the country all falling prey.

Warwickshire Police’s picture of a ‘Cheshire Cat Burglar’ was retweeted over 2,200 times and Northamptonshire Police were mocked after releasing an image people compared to a Lego figure.

Etch A Sketch: A nozzle-twizzling childhood favourite for 70 years