Until Donald Trump took to the podium, election day 2020 was a vindication of American democracy. Turnout was high and voting orderly. And the contest was extremely competitive.

Until Donald Trump took to the podium, it could well have been a case study in the durability of the American democratic spirit. 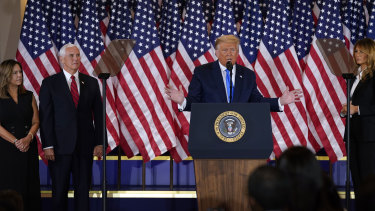 But in an election where the rest of the country was conducting itself with credit, the President himself betrayed the democratic principle, cried foul and attempted a pre-emptive power grab.

He claimed that he was winning the election. If he really believed so, he would have allowed the process to play itself out.

Instead, he took to the podium mid-count to declare that "this is a major fraud" and "frankly we did win this election", and announce his intention to contest the result in the Supreme Court.

This is the behaviour of a tinpot Third World dictator in a First World country. 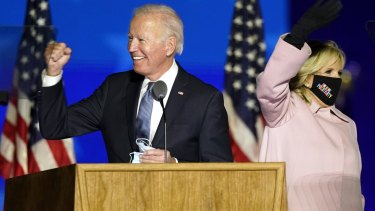 And for four years the news had been full of reports of foreign interference in the US election system. Yet, in a year when Americans were supposed to have become hopeless cynics, they instead demonstrated belief.

It was a popular uprising against despair at democracy. And the fears and forecasts of widespread disruption, intimidation and even violence on election day? They failed to materialise.

Before election day there were some incidents of harassment, some skirmishes. There were the customary efforts by the political parties, predominantly the Republicans, to suppress the votes of their rivals.

And on election day there were fraudulent robocalls to voters in an effort to deter them, bamboozle them, scare them. Business as usual, in other words.

But overwhelmingly, election day was peaceful and orderly.

Biden addressed his supporters to encourage them, but in the democratic spirit of awaiting the count. The evidence of election day was all resembling a normal election in a normal democratic country.

Until Donald Trump took to the podium.