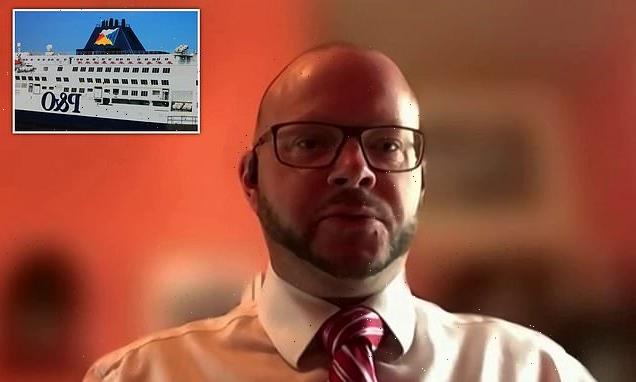 An ex-P&O Ferries chef has launched a lawsuit for unfair dismissal against the company and its chief executive after he was one of 800 workers sacked over Zoom.

John Lansdown, 39, filed a tribunal claim accusing the shipping firm of racial discrimination because he is British and entitled to minimum wage.

He also sued P&O Ferries for harassment, saying workers who refused to leave were removed from ferries by security contractors ‘wearing balaclavas’ – a claim which the company denies.

Mr Lansdown, who is the only seafarer taking legal action over the dismissal, is seeking financial compensation and exemplary damages of up to £76million.

It comes after criminal and civil investigations were launched on April 1 into P&O Ferries’ decision to lay off nearly 800 workers. 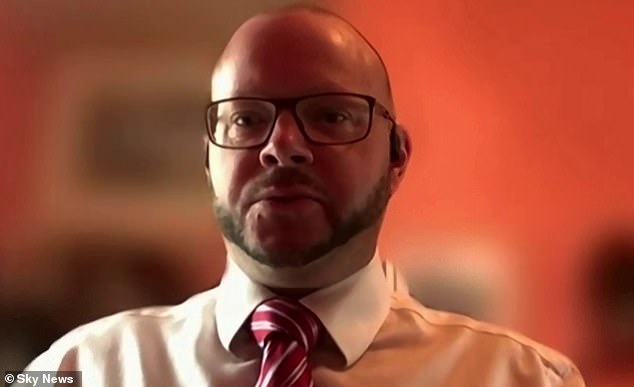 John Lansdown (pictured above), 39, filed a tribunal claim accusing the shipping firm of racial discrimination because he is British and entitled to minimum wage

Mr Lansdown said his action was about the ‘bigger picture’, telling the BBC: ‘This is not just about me.

‘Seven hundred and ninety nine of my seafaring family have lost their livelihoods, their way of life, their homes for half the year.’

He joined the firm as a trainee at the age of 16, going on to work as a sous chef on the Pride of Canterbury – a ferry operated between Dover and Calais.

P&O Ferries said its job cuts were ‘categorically not based on race or the nationality of the staff involved’, in a statement carried by the broadcaster.

It also confirmed that all but one worker had accepted a settlement.

The company was widely criticised for making the seafarers redundant without notice on March 17.

P&O Ferries chief executive Peter Hebblethwaite told a joint hearing of the Commons’ business and transport committees that his company broke the law by not consulting with trade unions before sacking workers.

‘As these are ongoing investigations, no further comment or information can be provided at this time.’ 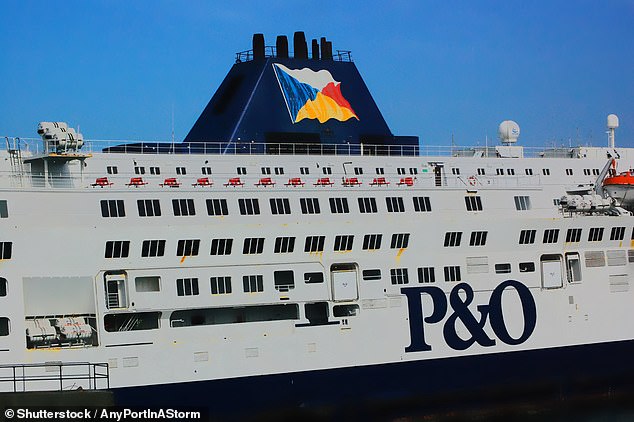 Mr Lansdown, who is the only seafarer taking legal action over the dismissal, is seeking financial compensation and exemplary damages of up to £76million (file photo of a P&O ferry)

Grant Shapps, whose officials have detained two of P&O operated ferries citing safety concerns since the job cuts, also said a package of measures would be introduced to block ferry groups seeking to pay workers less than minimum wage.

They included plans to create ‘minimum wage corridors’ on ferry routes between the UK and other countries. He also urged UK ports to refuse access to boats carrying seafarers paid below the minimum wage.

‘Justice must be delivered for our members in the face of continued corporate hostility.’