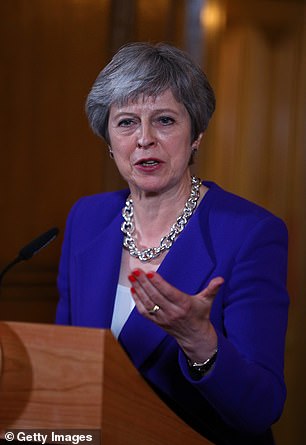 The Prime Minister (seen in May 2018) left EU diplomats in a state of ‘disbelief’ over her failure to shift her stance despite the historic defeat by a margin of 230 votes, a source said

Theresa May made no change to her Brexit demands in cross-Channel phone calls with European Union leaders despite her own plan being heavily defeated by MPs earlier this week, it has been reported.

The Prime Minister left EU diplomats in a state of ‘disbelief’ over her failure to shift her stance despite the historic defeat by a margin of 230 votes, a source said.

Mrs May’s requests continued to focus around either a legally binding time-limit for the Irish backstop; a right for Britain to unilaterally withdraw, or a commitment to a trade deal finalisation before 2021 to prevent the backstop from coming into force.

‘It was the same old story – the same set of demands – all unchanged despite the defeat,’ a source with knowledge of the calls said.

The solutions to the border issue were rejected by the EU at the European Council meeting in December after leaders expressed doubts that they would be enough to get the deal over the line in Westminster.

It comes as the Dutch and German governments publicly signalled their opposition to any new concessions for Britain, with Mr Rutte telling Mrs May the deal could not be ‘tweaked’.

‘I said: “I don’t see how the current deal can be tweaked”,’ he told journalists after his phone call. ‘She is really expecting Brexit to go ahead on March 29.’ 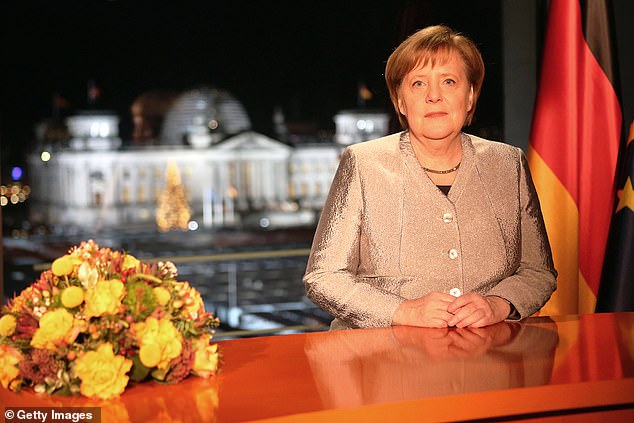 Mr Rutte said that any form of Brexit, with or without a deal, will damage the Netherlands, a major British trading partner and one of the world’s top five export countries.

Among measures taken by the Dutch government is the hiring of roughly 1,000 customs officials to deal with changes in border checks.

‘I appeal to social organisations, companies and institutions, if they have not done so already, to inform themselves about what must be done to be prepared. Time is running out. March 29 is only 10 weeks away.’ 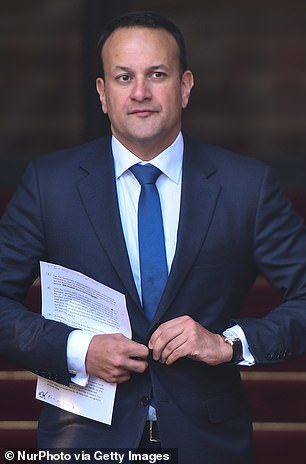 The German government appears to be similarly unwilling to shift its stance, with foreign minister Heiko Maas saying Mrs Merkel had made it ‘very clear’ to Mrs May that she would not allow the deal to be changed.

There was little let up on the home front for the Prime Minister, with Tory MP Nick Boles warning that ministers in her Government are prepared to defy her and vote for a backbench plan to give MPs power to block a no-deal Brexit.

Nick Boles told the BBC that some non-Cabinet ministers had told him directly they would quit if whipped against a bill allowing parliamentarians to demand Article 50 be extended for fresh talks with Brussels.

Speaking to the Radio 4 podcast Political Thinking the Grantham and Stamford MP also said members of his local Tory party in Lincolnshire may try to deselect him because of his stance on Brexit and said he continued to receive death threats.

Mr Boles’ dropped a planned bill giving more power to the backbenches on Wednesday but has swung behind the cross-party replacement European Union Withdrawal (Number 3) Bill, which is due to be tabled by Labour’s Yvette Cooper on Monday.

He told the programme’s presenter Nick Robinson: ‘We have had indications that many ministers, including Cabinet ministers are very, very keen to see it pass and are telling the Prime Minister that they will not vote against it.

‘There is a bandwagon rolling, it’s got a lot of momentum behind it and I very much hope that any MP who shares my view that a no-deal Brexit would be a disaster, will jump on board.

‘I have been told directly by ministers, not in the Cabinet, that they have said that they would resign if they are whipped to vote against it.’

But Commons Leader Andrea Leadsom hit back, telling the Telegraph that colleagues who want to stop no deal wrongly ‘think they know better’ than voters, but will ‘fail our country’ and weaken the UK’s negotiating hand. 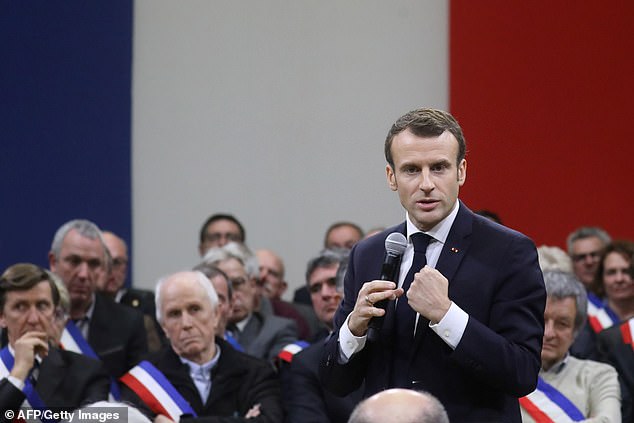 Ms Leadsom said: ‘Parliamentarians are the servants of the people – and the people gave us a very direct answer to a direct question. We must leave the EU.

‘No deal is not the desired outcome, but it would be incompetent for any responsible government to rule it out, and there are very good reasons for that. If we rule out no deal, we can forget about the EU taking us seriously. We weaken our negotiating hand.’

Ms Leadsom said people campaigning to block no deal were ‘conveniently ignoring’ the fact that Parliament had passed legislation which meant the UK will leave the EU on March 29 whether there is a deal or not.

She said: ‘It’s the legal default position between the UK and the EU. If we fail to prepare, we prepare to fail our country.

‘The will of the people is not something that should be redefined by parliamentarians who think they know better, and want to pursue their own agenda.

‘Anyone who wants to cheer the optimistic future we have ahead of us is worthy of our support, not our derision.’