Pictured: Mother, 39, who asked three different men to murder her ex-husband after he won child custody as she is jailed for nearly 10 years 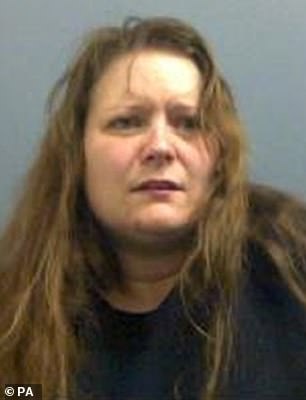 Pictured: Victoria Breeden, 39, in an undated image from Cambridgeshire Constabulary

A mother, 39, who asked three different men to murder her ex-husband after he won custody of a child has been jailed for nearly 10 years.

Victoria Breeden, 39, tried to persuade the three men to murder Rob Parkes between 2014 and 2019.

She was convicted at an earlier trial at Chelmsford Crown Court of three counts of soliciting his murder and was jailed for nine years and six months today at the same court.

But the couple separated in 2008 and Mr Parkes was granted custody of a child in 2014 following proceedings in the family courts.

Mr Justice Chamberlain, sentencing Breeden, said: ‘The evidence demonstrates that your main motivation in trying to persuade others to kill Rob Parkes was to regain custody of (a child).

‘It must be obvious to you now that that can’t happen.’

The defendant from near Littleport, Cambridgeshire, appeared by video-link from Peterborough Prison and bowed her head as the judge sentenced her.

She was convicted at trial of endeavouring to persuade then-neighbour Hamish Lowry-Martin to murder Mr Parkes between January 1 2014 and December 31 2014.

She was also found guilty of endeavouring to persuade former boyfriend Graham Wall to murder Mr Parkes between October 19, 2018 and October 3, 2019. 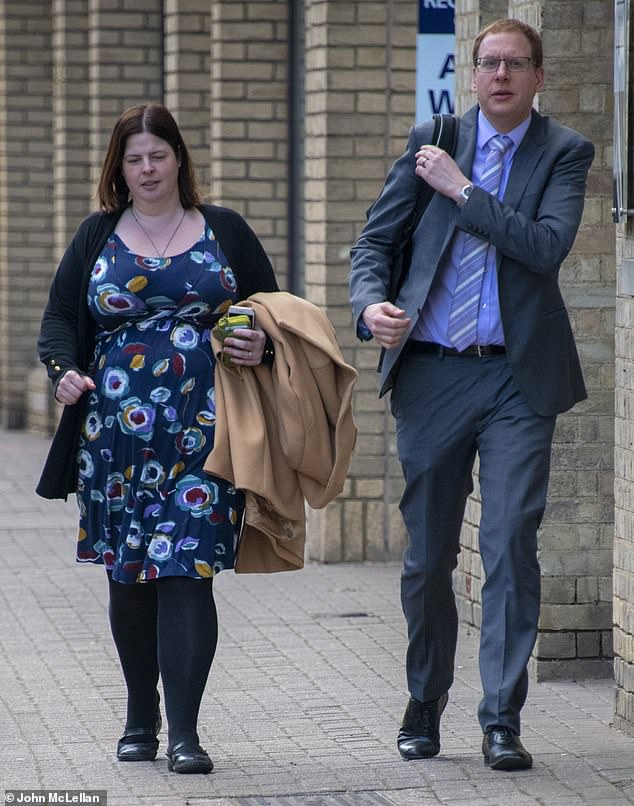 A recording of Breeden’s conversation with Mr Gernon was made on Mr Wall’s mobile phone, as Mr Wall had suspected that Breeden was being unfaithful and left the device hidden on the record setting.

Mr Justice Chamberlain said of the recording of Breeden’s conversation with Mr Gernon: ‘The discussion you (Breeden) had was detailed, it included the way in which the murder could be done and costs of different methods.

‘You handed Earl Gernon Rob’s address and you had a large sum of money you could have used for the killing.’ 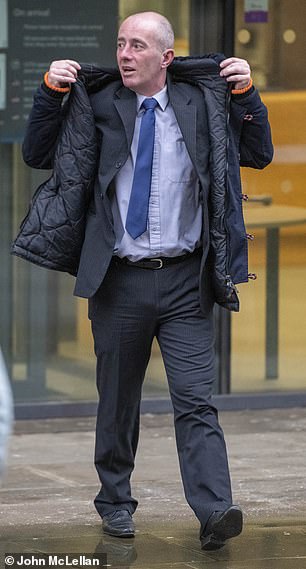 Graham Wall, pictured, who was asked to murder Mr Parkes, leaving the court in Essex

He told Breeden: ‘You were only thwarted because Gernon did not do what you wanted, or at least had not done so by the time police got involved.’

Daniel Taylor, prosecuting, said: ‘The crown say that this offending was persistent, planned and ultimately motivated by a desire to gain custody (of a child).’

He said that Mr Lowry-Martin and Mr Gernon were offered a ‘financial incentive to carry out those instructions’ and that Breeden had £18,000 in cash.

‘The point the crown say is important here is someone offering… money and she had the means to pay it,’ said Mr Taylor.

Matthew Jewell QC, mitigating, said that two of the men ‘made it pretty clear they were going to have nothing to do with it’.

He said Breeden’s conversation with the third man, Mr Gernon, ‘doesn’t reach a conclusion on the topic one way or the other and there was no evidence of any follow-up’.

Mr Parkes, reading his victim impact statement to the court, said that the trial was ‘harrowing’ for him as he heard ‘just how my ex-wife wanted to kill me’.

‘I’ve never felt as unsafe as I have in the last year,’ he said.

Mr Parkes thanked Mr Wall for going to the police, which he said ‘prevented (Breeden) from being successful’.