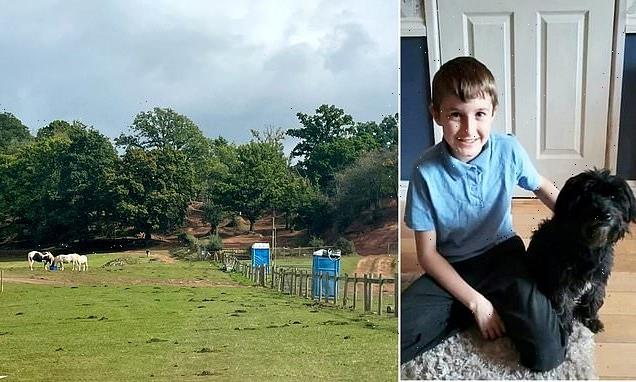 Pictured: Boy, nine, who was killed in ‘freak’ 4×4 crash on adventure driving course as his heartbroken family pay tribute to ‘sweet and loving’ son

The heartbroken family of a nine-year-old boy killed in a horror 4×4 crash on an adventure driving course have paid tribute to their ‘sweet and loving’ son.

Jake Allen was pronounced dead at the scene following the single-vehicle incident at at the Coney Green Farm 4X4 off-road course in Stourport-on-Severn, Worcestershire, at around 4.45pm on Saturday.

A young girl also in the vehicle suffered serious injuries in what an eyewitness described as a ‘freak accident’.

In a moving tribute today, Jake’s family said they were ‘completely devastated of our Jakey’.

They said: ‘He was such a kind, respectful and loving little boy. When wasn’t making videos with his sister, Lilli-Louise, he was always offering to help out around the house.

‘He could seem serious and quiet at first, but then he would break out into the most beautiful smile, and with those close to him he was warm and chatty.

‘Jakey enjoyed reading, drumming, gaming and playing football with his friends. He loved his dog, Bobby, and anything and everything to do with animals.

‘He would often come out with random facts about birds or plants, we never knew where he got them from, but when we looked them up, he was always right. 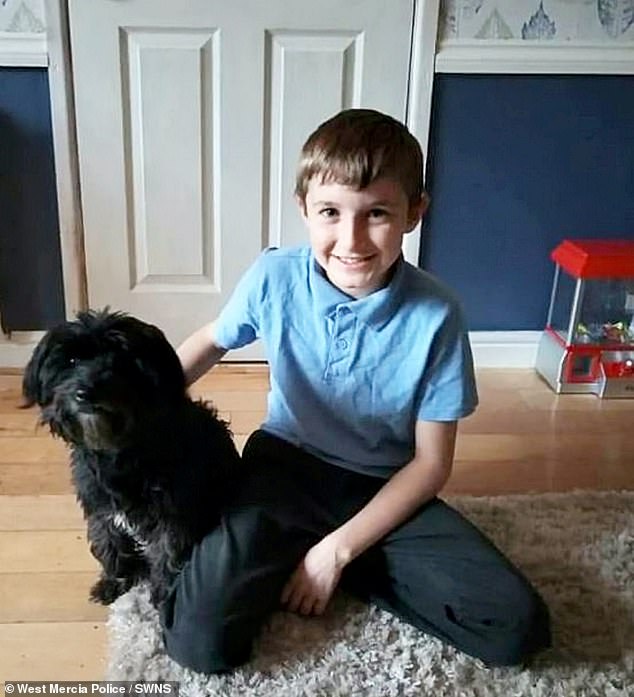 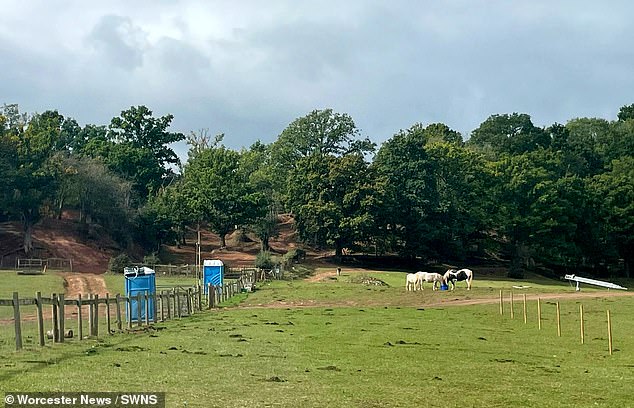 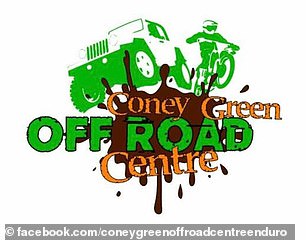 The logo for the off-road adventure course in Worcestershire

‘Lilli-Louise called him her “little teddy bear” and said he was the “bestest little brother and he was fantastic at swimming and was always compared to a fish”.

‘Lilli-Louise, along with the whole family, loves and misses him so very much.’

A man, a woman and a second boy were also taken to hospital as a precaution for further checks.

It is understood that Jake was among a small private party of guests from outside the area.

The driver is understood to have been an accomplished off-road driver who knew the site ‘like the back of his hand’, with roll-bars fitted to the off-road vehicle said to have prevented an even greater tragedy.

But it can be revealed how the adventure course had previously been blasted over safety shortcomings.

The course, which is used privately by 4×4 and motobike groups, was criticised when a man died at the 40-acre site in 2007.

Adam Cluley, 16, had next-to-no driving experience when he took control of a powerful Land Rover Tomcat which hit a gully and flipped, killing passenger Andrew Cooper, 29.

The site’s owner, Patricia Crump, was criticised by a coroner who said that no risk assessment had been carried out.

‘It must have been glaringly obvious that this was a group of private individuals with a number of very young children from the age of 12 years. It’s shocking there were not better controls in place.’

A health and safety improvement notice was served on Mrs Crump, who was on holiday when tragedy struck on Saturday. 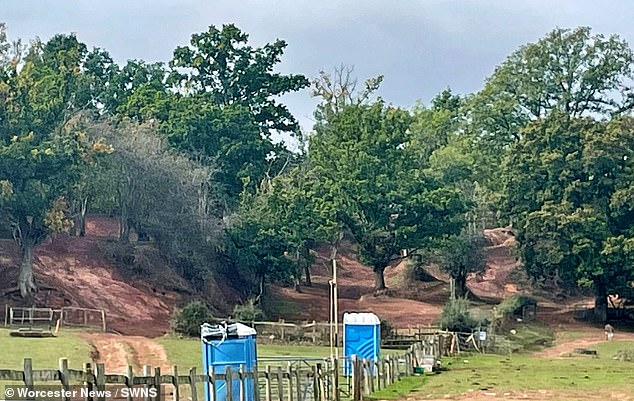 A spokesperson for the force said: ‘Around 4:45pm on Saturday (24 September) we were called to reports of a single vehicle collision at Coney Green Farm, Stourport-on-Severn.

‘Police attended alongside colleagues from West Midlands Ambulance service. An off-road vehicle had overturned and one passenger, a 9-year-old boy, died at the scene.

‘The driver and three other passengers received non-life threatening injuries.

‘Officers would like to hear from anyone with any relevant information.’

A spokesperson for West Midlands Ambulance Service added: ‘We were called at 4.45pm on Saturday to reports of a single vehicle Road traffic collision off Ribbesford Road, Stourport on Severn.

‘When crews arrived they found an overturned vehicle. One occupant, a boy, was in critical condition. Sadly, nothing could be done to save the boy and he was confirmed deceased on scene.

‘Four other occupants of the vehicle were assessed by the team of ambulance staff.

‘A girl was given treatment at the scene for non-life threatening injuries before being conveyed to Worcestershire Royal Hospital. A man, a woman and a second boy were also taken to the same hospital as a precaution for further checks.’