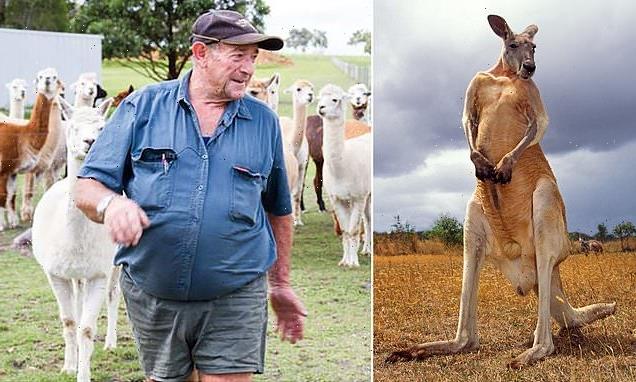 Pictured: Alpaca farmer, 77, beaten to death by pet kangaroo in Australia’s first fatal attack by one of the animals since 1936

An elderly Australian alpaca farmer was savagely beaten to death by his pet kangaroo in the country’s first fatal attack by one of the marsupials in 86 years.

Peter Eades, 77, was found by a relative at his property in Redmond, near Albany in Western Australia’s Great Southern region, after suffering serious injuries at about 5pm (10am UK time) on Sunday.

Police were called to assist after the kangaroo became aggressive, preventing paramedics from accessing Mr Eades to treat his injuries so were forced to shoot the marsupial dead.

Mr Eades tragically died at the scene of his injuries caused by the three-year-old kangaroo, which he reportedly raised since it was a joey (a baby kangaroo). 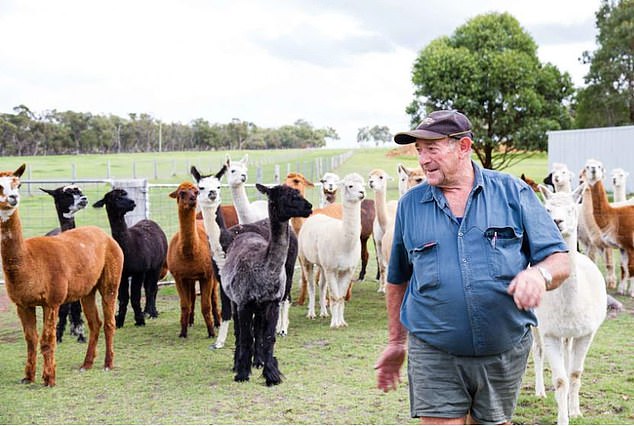 Peter Eades (pictured), 77, was found by a relative at his property in Redmond, near Albany in Western Australia’s Great Southern region, with serious injuries 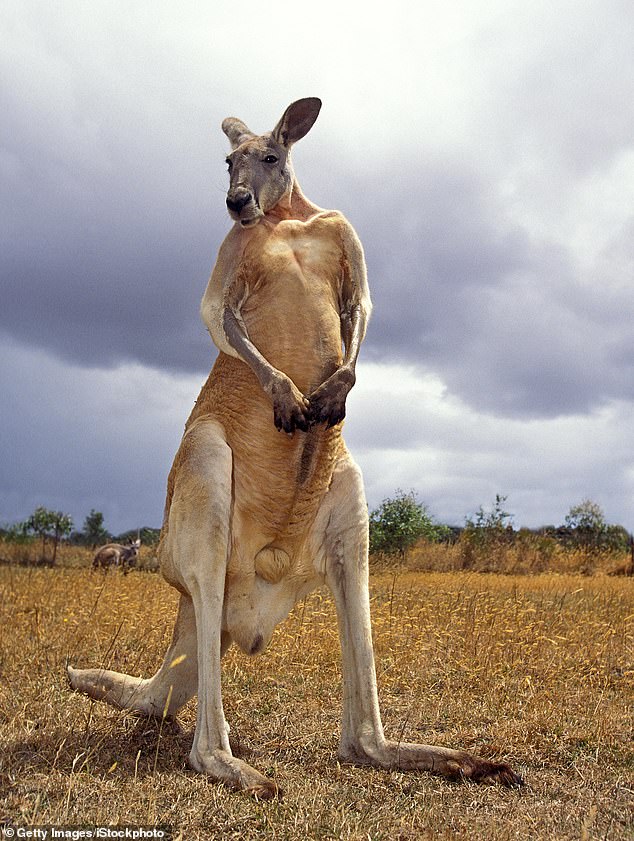 ‘The kangaroo was posing an ongoing threat to emergency responders and the attending officers were required to euthanize the kangaroo by firearm,’ a spokesman said.

Emergency services are yet to release specific details of the Mr Eades’ injuries.

According to The West, Mr Eades started the Agonis Alpaca stud in Albany back in 1997.

He created an alpaca cemetery on his property after his favourite alpaca Claudia Wonninup died in 2002.

Mr Eades had dug a hole next to Claudia’s grave and revealed that he desired to be buried next to her.

The last fatal kangaroo attack in Australia was in 1936 when hunter William Cruickshank, 38, tried to rescue his two dogs from a fight with a kangaroo in Hillston in western New South Wales.

He suffered a broken jaw and extensive head injuries and later died in hospital.

The Great Southern region is home to the western grey kangaroo, which can grow to be about 70 kilograms and 97 to 223 centimetres from head to tail. 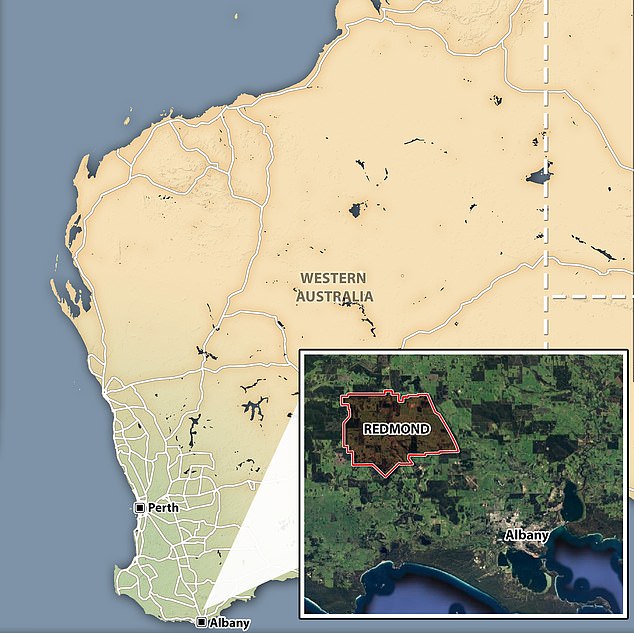 The fatal kangaroo attack occurred in Redmond, less than 20km from Albany

Wildlife expert Hayley Shute, the curator of the Australian Reptile Park in New South Wales’s Central Coast, has revealed the warning signs a kangaroo is about to attack.

She said kangaroos will puff out their chests, lean back on their tails and do anything to ‘make themselves look bigger’ if they feel threatened.

‘Male kangaroos will battle one another to be the alpha male,’ she told Daily Mail Australia.

‘Their bodies are built for kicking and fighting – their nickname is the boxing kangaroo.

‘Male kangaroos are very muscly, they’ve got strong legs and sharp claws so they can do real damage to each other.’

Ms Shute said it was shocking a kangaroo had killed a human being given the last known human death from the marsupial was 85 years ago.

‘When any person is injured or killed by an animal it’s quite shocking, especially kangaroos as they’re seen as this cute and fluffy icon of Australia,’ she said.

‘The take home message for the public is to give distance to wild animals and give them respect.

‘Animals mostly aren’t going to attack you because they don’t see you as a threat.’

Why do kangaroos attack? 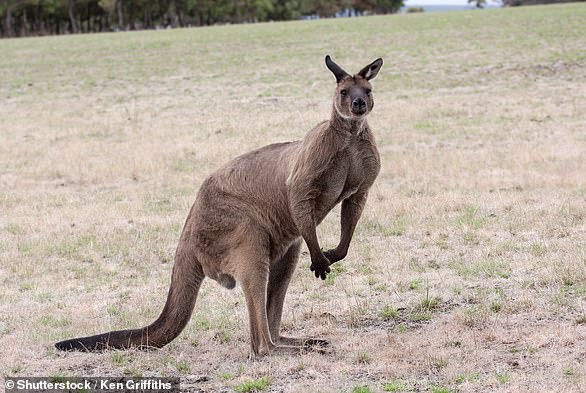 Kangaroos are mostly docile creatures, and interactions with humans are infrequent.

They can be unpredictable when they feel they are threatened, or that their territory is being encroached on – whether by a human or another animal.

The most common reasons for a kangaroo to attack a human are:

When a kangaroo attacks a person, the will generally do so in a similar matter to fighting another kangaroo, using their paws to push or ‘grapple’ the opponent to the ground.

How to avoid threatening a kangaroo:

• Do not walk directly toward the kangaroo.

• Do not stand up tall, stare or hold your arms out towards a kangaroo.

• Do not go near male kangaroos that are sparring, fighting or showing off       their size and strength to each other.

• Do not move between a female and her joey.

• Do not allow your dog to approach a kangaroo. Kangaroos will vigorously defend themselves against dogs, and this may draw you into a dangerous situation.