Hundreds of mostly female demonstrators flooded the streets of Mexico City to protest the gruesome killing of a 25-year-old woman that comes as the latest in a concerning rise of female murders, or femicides.

Activists responded to the death of Ingrid Escamilla in Mexico City after multiple newspapers published photos of her mutilated corpse in perhaps the most grisly of a string of murders that triggered criticism over the country's treatment of gender-related killings.

President Andrés Manuel López Obrador was holding a Friday press conference when protestors targeted the outside of his official residence with spray paint and fake blood, demanding a response from the country's leaders.

"It enrages us that the public judges us, saying 'this isn't the right way to express your rage,'" demonstrators said in a statement reported by the Associated Press. "We are not mad, we are furious."

See the fiery protests that come as a response to the disturbing trend.

Many of the signs seen at the protest had Escamilla's name and likeness as a symbol of the final straw that triggered the demonstrations. 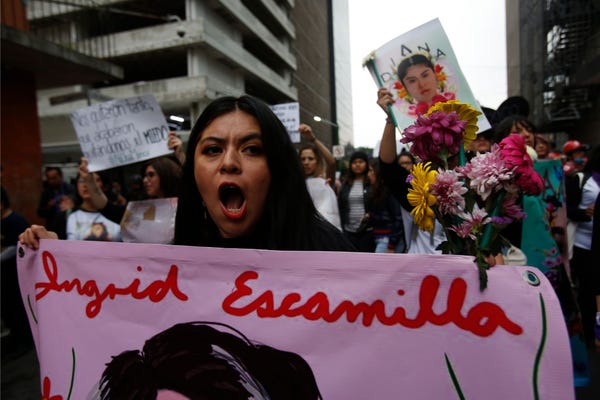 Protestors came armed with fake blood to comment on the grisly murders. 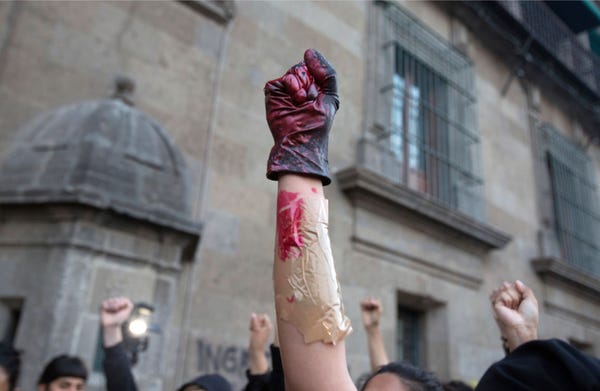 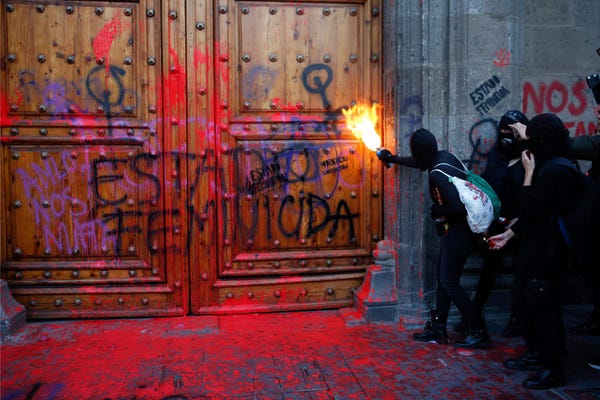 The National Palace was covered with accusations that the state was overlooking female murders, including "they kill us" written in Spanish on a stone wall. 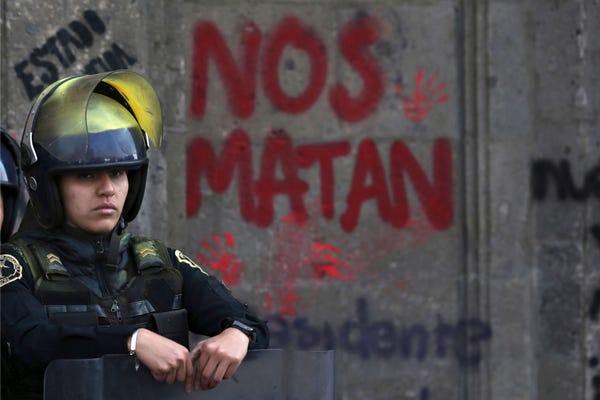 Surrounded by members of the media and humanitarian groups, protestors also clashed with police in the city center, spraying paint on their shields. 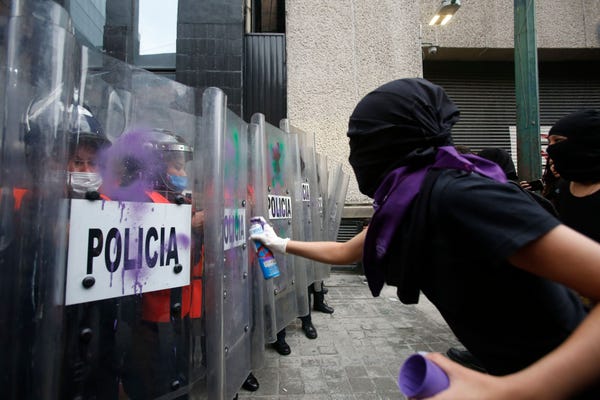 Members of humanitarian groups were on hand to help demonstrators confront police. 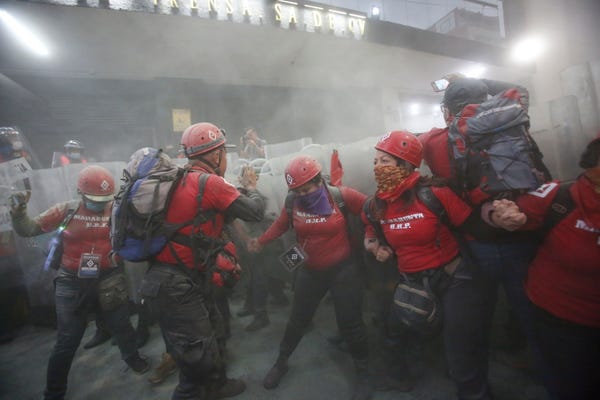 Femicides have been on the rise in Mexico in recent years, and the cases have grown more grisly and disturbing. 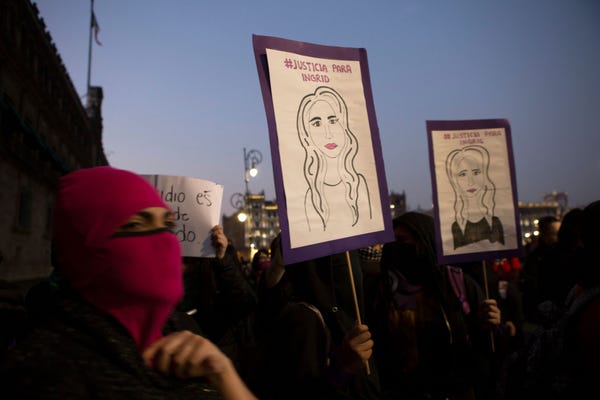 Figures from the government and activists say that 10 women are killed in Mexico each day because of their gender. Last year there were 3,825 in all, which was up 7% from 2018, according to federal figures. 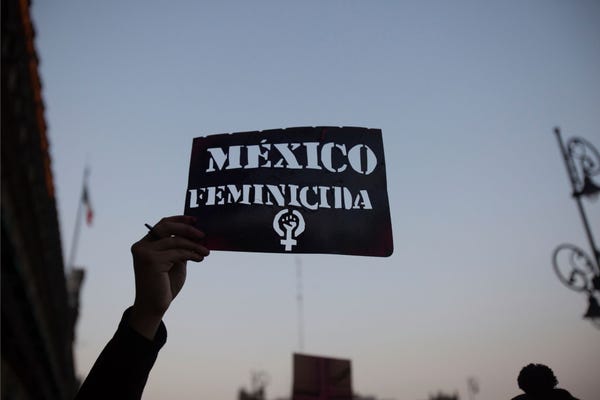 A 21-year-old Canadian woman in Wuhan says she won't evacuate because she can't abandon her cat. Here's what her life is like under lockdown.