May faces a new Cabinet rebellion to stop no deal Brexit: Hammond says crashing out the EU would be a ‘betrayal’ and business minister dares her to sack him

Theresa May is facing a fresh no-deal Brexit revolt from ministers today as she fights to stop her government imploding.

The Prime Minister is struggling to fend off attempts by Remainer MPs to delay the UK’s departure beyond March to avoid crashing out.

But Chancellor Philip Hammond waded into the spat this afternoon by warning that the economic damage from no-deal Brexit meant it would be as much of a ‘betrayal’ of the referendum as staying in the EU.

Meanwhile, business minister Richard Harrington hailed a bloodcurdling threat from Airbus that it could pull out of Britain if there is no agreement with Brussels. 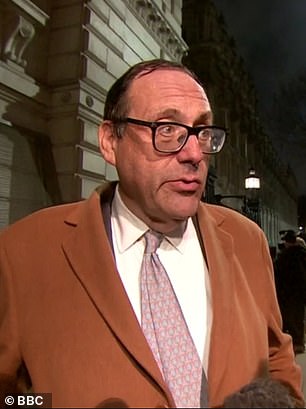 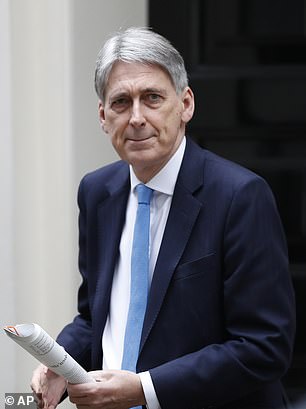 Business minister Richard Harrington (left) hailed a bloodcurdling threat from Airbus that it could pull out of Britain if there is no agreement with Brussels. Chancellor Philip Hammond (right) warned that the economic damage from no-deal Brexit meant it would be as much of a ‘betrayal’ of the referendum as staying in the EU 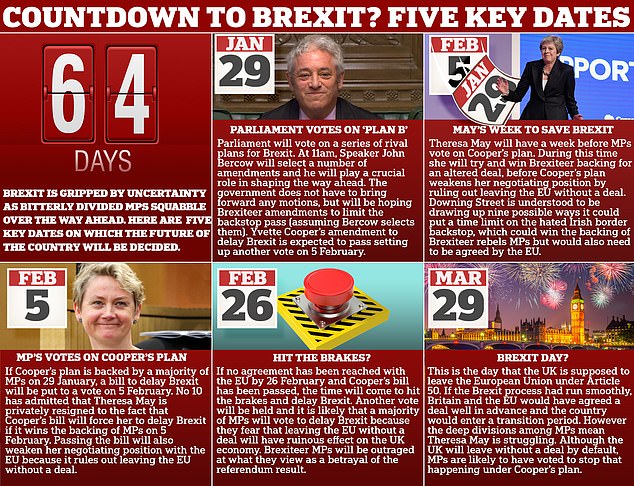 He said he was ‘delighted’ by the intervention – which was apparently encouraged by the government – and would be ‘very happy’ to resign if the PM objected to him saying so publicly.

The aerospace giant, which employs 14,000 people in Britain, declared it could have to make ‘potentially very harmful decisions’ about its UK operations in a no deal.

It warned there were ‘plenty of countries’ that would welcome the firm with open arms if Britain became inhospitable to international companies.

CEO Tom Enders urged Britons not to listen to ‘Brexiteers’ madness’ that the company was too established in the UK to leave.

Downing Street insisted it was pursuing a Brexit deal precisely to avoid the challenges of no deal – but insisted Britain would thrive whatever happens.

Challenged about Mr Hammond’s words, the PM’s official spokeswoman said: ‘I think you are putting a particular interpretation on his words there and I would encourage you to talk to the Chancellor and his team about what he actually meant.

‘What’s important is delivering the verdict of the British people and leaving the European Union.’

Asked if the PM’s thinks a no deal would be a disaster, she added: ‘They are not words the Prime Minister has ever used.

‘She has said that there will be disruption and we are working incredibly hard to minimise that.’

Remainers and Labour are trying to tie the PM’s hands in a series of crunch votes on Tuesday.

Jeremy Corbyn looks near-certain to back an amendment proposed by Yvette Cooper that would pave the way for the UK’s departure date to be delayed beyond March.

Mrs May’s allies have conceded she will be forced to try to extend Article 50 if the Houses passes the mechanism.

However, there have been some glimmers of hope for Mrs May amid evidence that Eurosceptics and the DUP are looking for a way of climbing down and supporting her plan.

Tory loyalist Simon Hoare told MailOnline the ‘penny appears to be dropping’ among hardline colleagues that the ‘prize’ of Brexit might be lost unless they compromise. 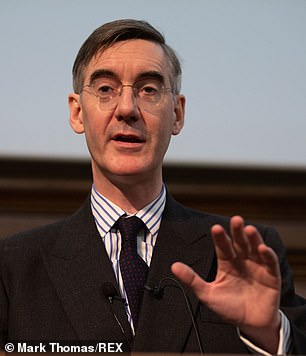 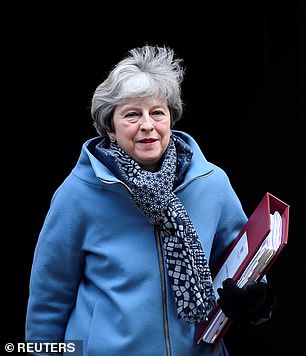 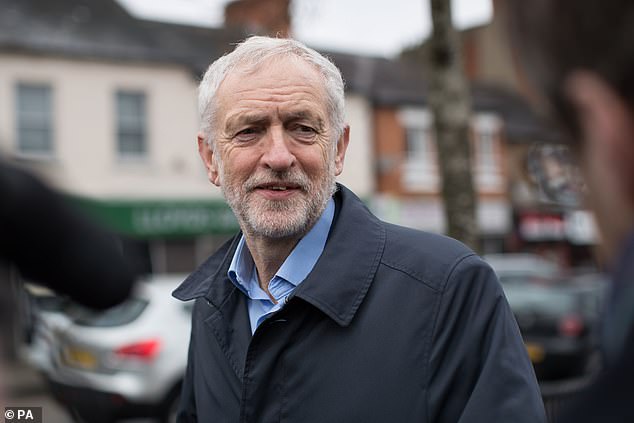 Speaking at aDavos this afternoon, Mr Not leaving the EU ‘would be seen as a betrayal…

‘But leaving without a deal would undermine our future and would equally represent a betrayal of the promises made.’

Mr Harrington was also blunt, saying no deal would be a ‘disaster’ for Britain and praising Airbus for ‘telling it like it is’.

‘I really don’t believe in this idea. I am very happy to be public about it and very happy if the prime minister decides I am not the right person to do the business industry job,’ he said.