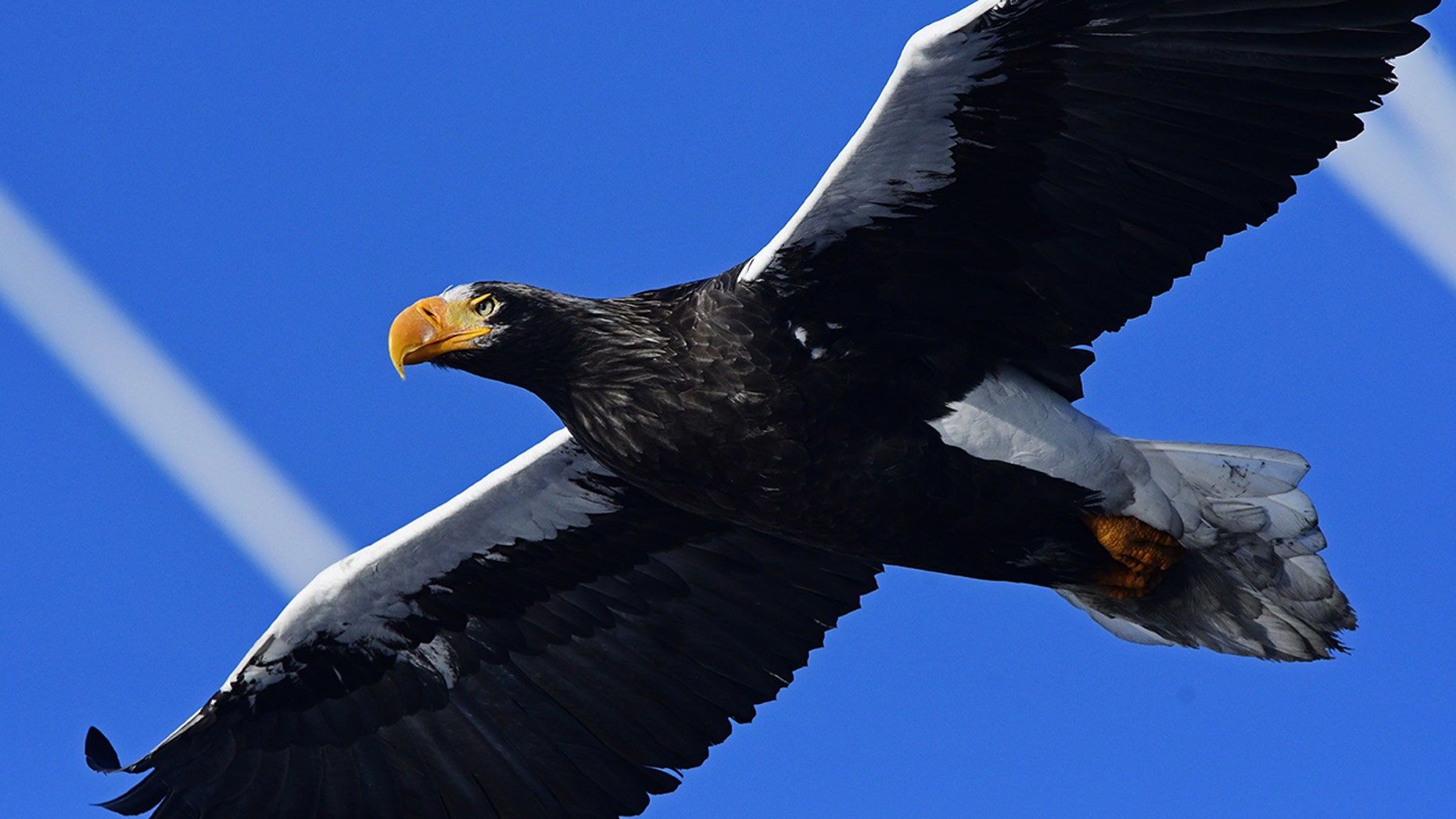 PETA is calling for everyday language to "evolve" away from anti-animal phrasing. Pictured: A Steller’s sea eagle. (Getty Images)<br>

PETA's request to replace "anti-animal" language" in everyday conversation was met with ridicule and criticism after the animal rights group compared popular meat-related expressions to racism and homophobia.

“Just as it became unacceptable to use racist, homophobic, or ableist language, phrases that trivialize cruelty to animals will vanish as more people begin to appreciate animals for who they are and start ‘bringing home the bagels’ instead of the bacon,” PETA said Tuesday in a tweet.

“Words matter, and as our understanding of social justice evolves, our language evolves along with it,” it added.

In a graphic, the People for the Ethical Treatment of Animals offered several alternatives to "speciesist" phrases.

Some on Twitter weren’t sold on the idea, with some arguing that PETA was equating animal abuse with race and gender issues.

Others came up with their own phrases.