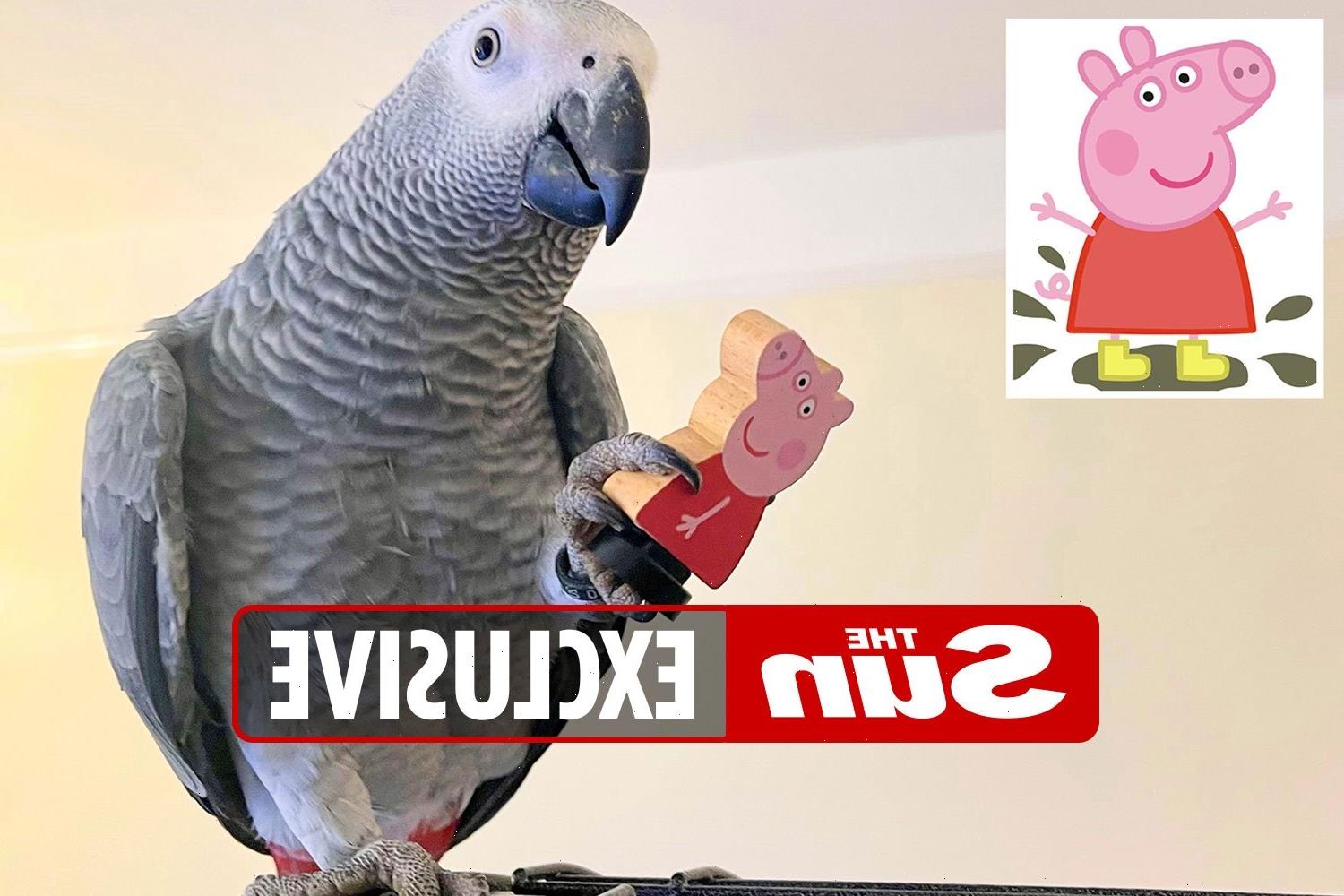 A PARROT who loves Peppa Pig and oinks along to the song had a birthday bash themed on the kids’ TV show. 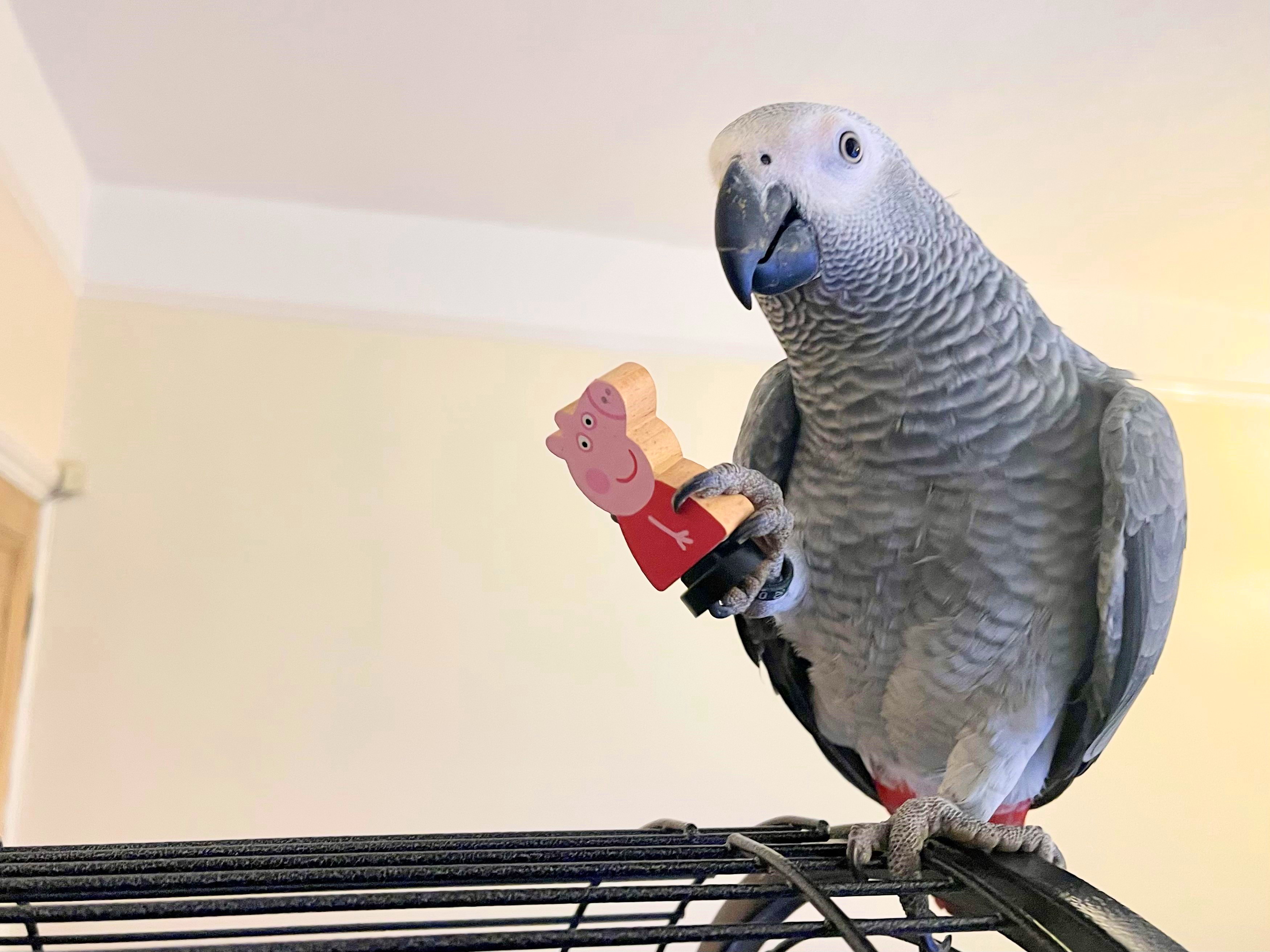 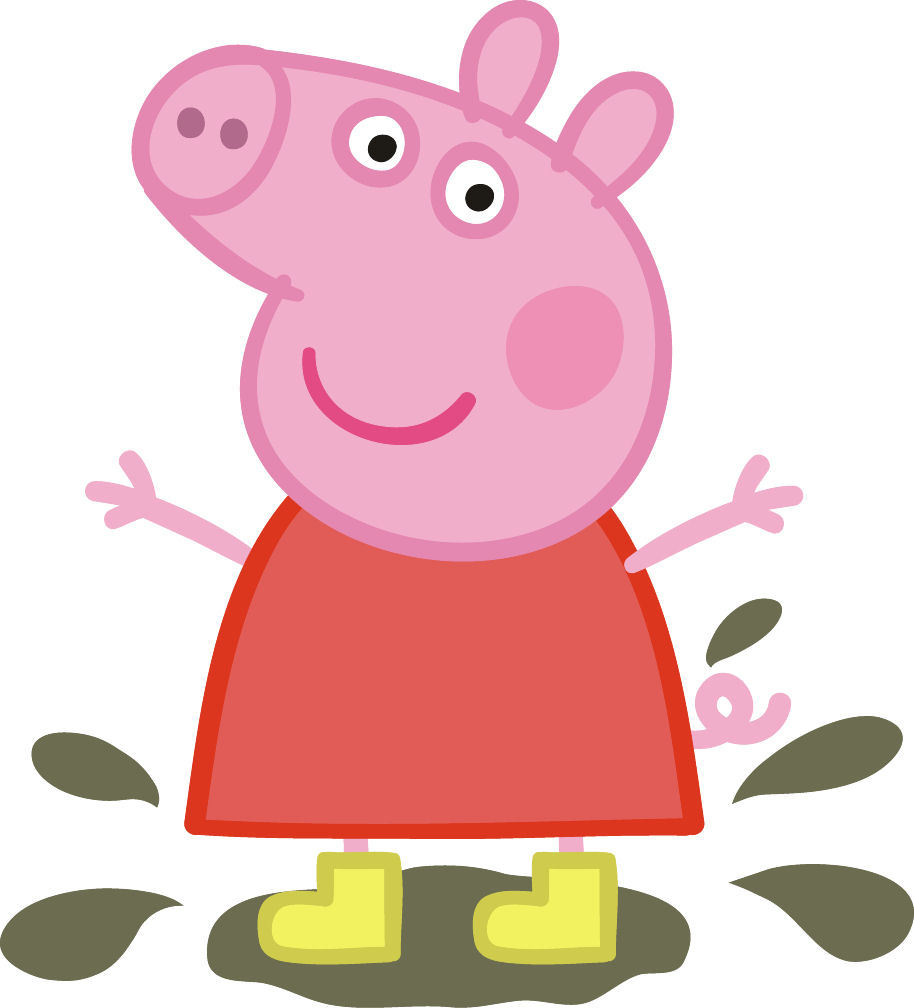 Owner Zoey Atkinson, 24, started leaving it running on Netflix after reading parrots have the IQ of kids aged five.

He became such a big fan that she decided to deck out her kitchen Peppa-style for his first birthday party.

She said: “We got him personalised birthday banners to put up in the kitchen and covered the table in a Peppa Pig tablecloth and plates.

“We even got him some presents.

"His favourite was a set of wooden Peppa Pig toys which he has now chewed his way through.

The admin manager, from Milton Keynes, Bucks, is planning Mr Mojo’s next bash themed on his second favourite show, In The Night Garden. 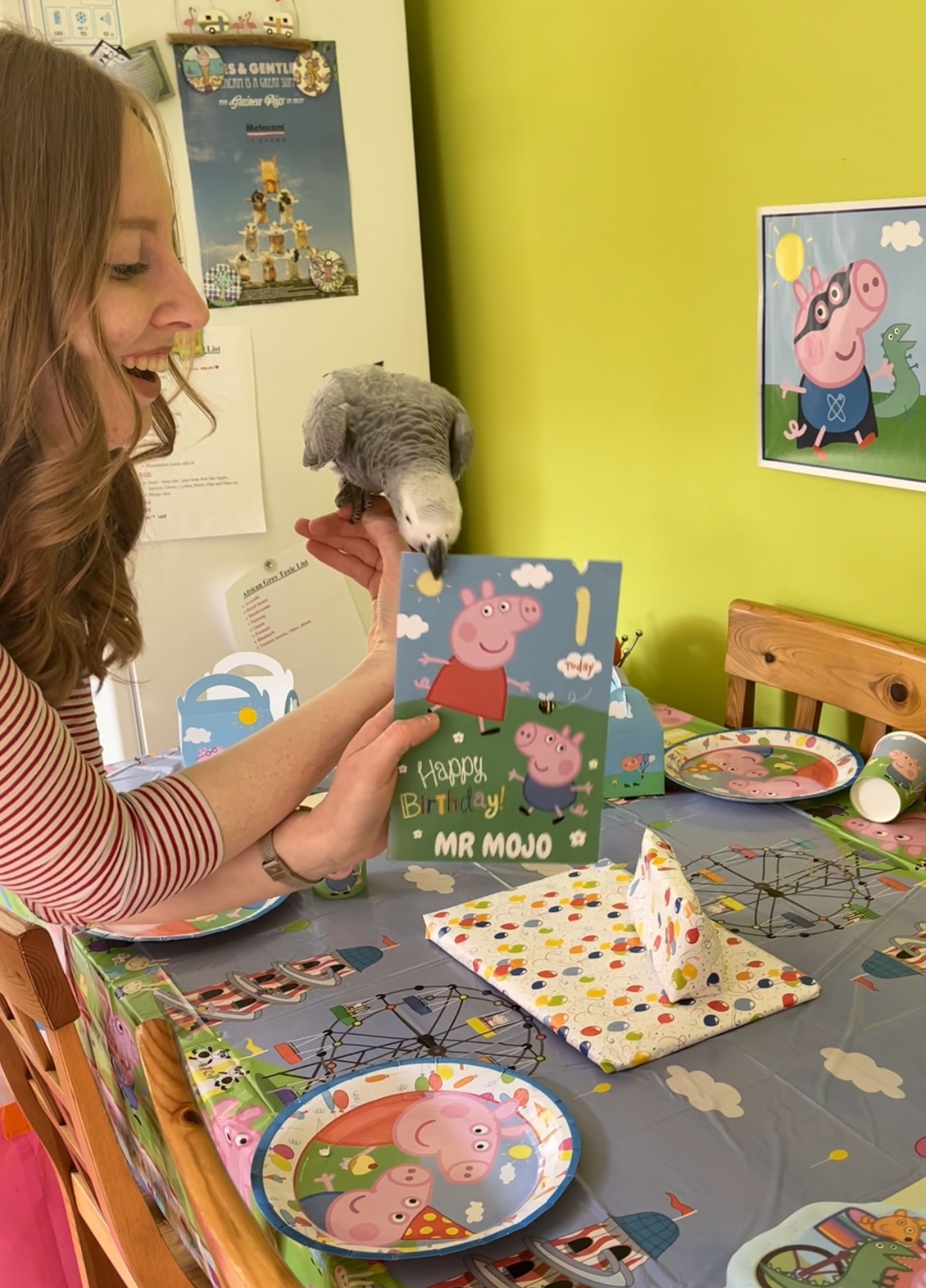 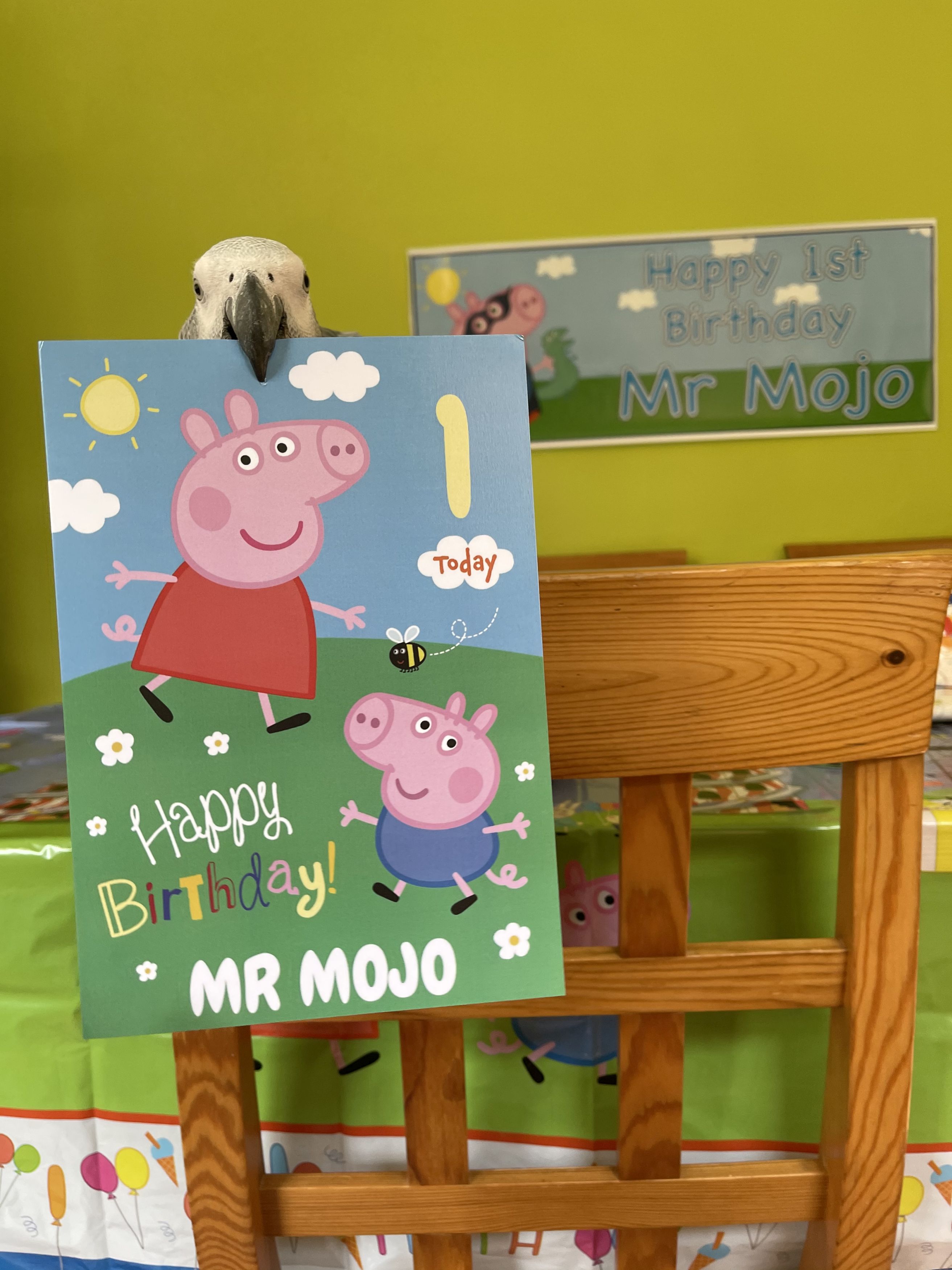