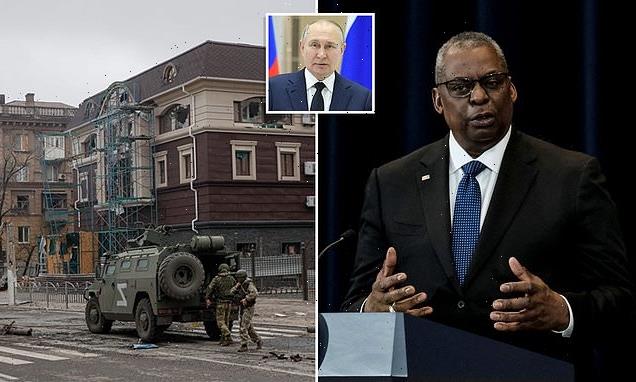 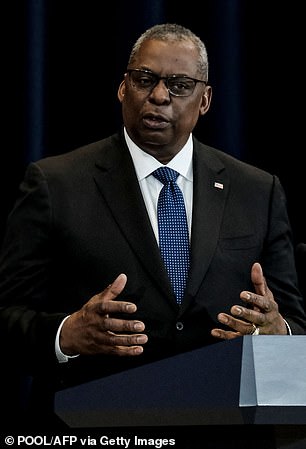 The Pentagon is hosting leaders from the top eight U.S. weapons manufacturers on Wednesday to discuss the industry’s capacity to help arm Ukraine –even if Russia’s invasion lasts as long as two years, people familiar with the meeting said on Tuesday.

Resupplying as well as planning for a longer war is expected to be discussed at the meeting, the sources told Reuters on condition of anonymity.

The Pentagon’s weapons-buying office of Acquisition and Sustainment will host the 90 minute meeting.

Deputy Secretary of Defense Kathleen Hicks is expected to attend, one of the people said.

The Pentagon has said that the most useful weapons are smaller systems such as Javelin anti-tank missiles and Stinger anti-aircraft missiles, which Washington and allies have been shipping to Ukraine on a nearly daily basis.

The intense usage, as well as the battlefield effectiveness displayed by Ukrainian forces, has driven interest in restocking these weapons.

Demand for arms shipments has shot up after Russia’s invasion on February 24 spurred U.S. and allied weapons transfers to Ukraine.

The White House said last week that it has provided more than $1.7 billion in security assistance to Ukraine since the invasion, including over 5,000 Javelins and more than 1,400 Stingers.

As the Pentagon meets with top arms suppliers, President Joe Biden is expected to announce an additional $750 million in weapons shipments to Ukraine on Wednesday, according to ABC. 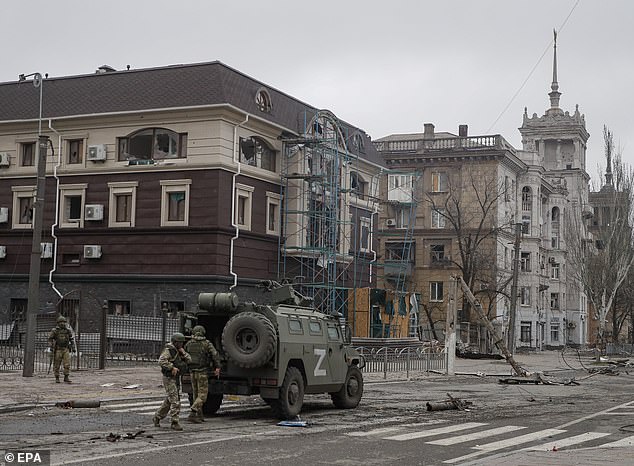 A picture taken during a visit to Mariupol organized by the Russian military shows Russian servicemen prepare for guard in downtown of Mariupol on April 12. US officials are reportedly readying to announce more arms aid for Kyiv’s troops days after Ukraine accused Moscow of using chemical weapons in the Eastern Ukrainian city

Politico reports that the package could include drones, Howitzers and Russian-made helicopters.

Biden is expected to use his presidential drawdown powers, which allow him to immediately transport U.S. stock to another country without Congressional approval in an ‘unforeseen emergency.’

The package was first reported after Ukrainian officials accused Russian troops of using chemical weapons in the besieged city of Mariupol. 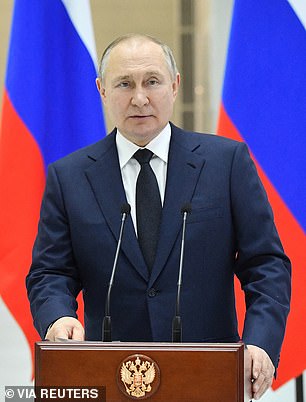 The Pentagon reportedly wants to prepare plans for a situation in which it needs to have weapons manufactured for Ukraine for as long as two years. Russian President Vladimir Putin recent said peace talks to end his brutal and unprovoked war have hit a ‘dead end’

Ukrainian President Volodymyr Zelensky pleaded for more arms shipments in a Tuesday evening statement while praising his American counterpart for calling Vladimir Putin’s attack out as a ‘genocide.’

‘Calling things by their names is essential to stand up to evil. We are grateful for US assistance provided so far and we urgently need more heavy weapons to prevent further Russian atrocities,’ Ukraine’s president wrote on Twitter.

He said Biden’s remarks were the ‘true words of a true leader.’

Speaking an an event in Iowa while blaming ‘Putin’s price hike’ for rising inflation, Biden said: ‘Your family budget, your ability to fill up your tank — none of it should hinge on whether a dictator declares war and commits genocide a half a world away.’

The president stood by his comments when asked by reporters later in the day.

‘It’s become clearer and clearer that Putin is trying to wipe out the idea of being Ukrainian,’ Biden told the press before boarding Air Force One.

‘The evidence is mounting. It looks different than last week. More evidence is coming out, literally, of the horrible things that the Russians have done in Ukraine, and we’re gonna only learn more and more about the devastation’

The president added that it would ultimately be up to the legal definition as decided by human rights attorneys across the West, but whether he thought it was genocide, said ‘it sure seems that way to me.’

Putin meanwhile claimed talks with Ukraine are in a ‘dead end’ and baselessly accused Kyiv officials of running afoul of agreements made at a peace conference in Istanbul.

The Pentagon’s Defense Security Cooperation Administration is having weekly meetings of its European Crisis Management Team to review specific requests related to Ukraine.

To speed up U.S. government approval for sales and transfers of arms produced by American defense contractors, the Pentagon has re-established a team to respond to the increased demand.

Congress is also looking for expedited avenues to arm Ukraine. Last week, the Senate unanimously passed a revival of the World War II-era Lend-Lease agreement that would give Biden virtually unlimited authority to make expedited shipments of weapons and other aid to Kyiv’s efforts while bypassing a majority of the red tape.

First signed into law by Franklin Delano Roosevelt, the historic program allowed the U.S. to send critical aid to European Allies in their fight against Adolf Hitler and Nazi Germany.

It was a way for the U.S. to help the war effort, which Roosevelt supported doing, at a time when many Americans were wary of engaging in the conflict directly.

The bill must now work its way through the House of Representatives before getting to Biden’s desk for his signature.