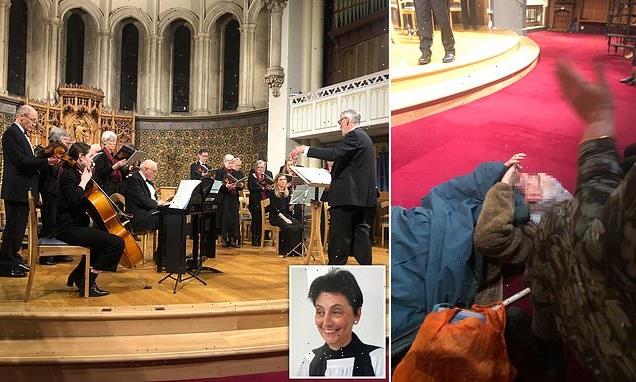 Pensioner, 93, who fell over and broke his hip during church concert is forced to lay ‘crumpled’ on floor for 12 HOURS waiting for an ambulance but insists choir carries on while ex-surgeon vicar springs into action and gives him painkillers

A pensioner who broke his hip at church had to be tended by the vicar – because his ambulance did not show up for 12 hours.

The 93-year-old had suffered the injury after falling during the interval of an evening concert before the vicar – a retired surgeon – tended to him after the man had insisted the concert continue despite his accident.

The man told reporters that he was in ‘exquisite’ pain lying crumpled on the floor when he fell.

The church organist was a senior A&E doctor and the vicar, Rev Lore Chumbley, a retired surgeon, ensured he was comfortable and gave him painkillers as the show went on.

After calling 999, one member of the congregation stood outside the church ready to flag down the ambulance.

The elderly man was left ‘waiting and waiting’ as paramedics did not turn up at Christ Church in Bath, Somerset, until the following morning, with his wife sitting next to him on the floor, holding his hand the entire time. 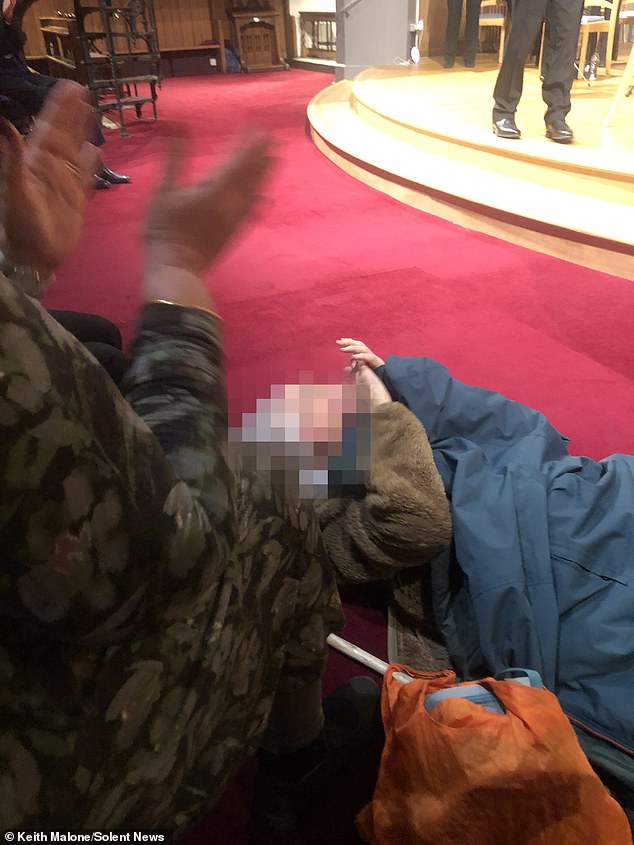 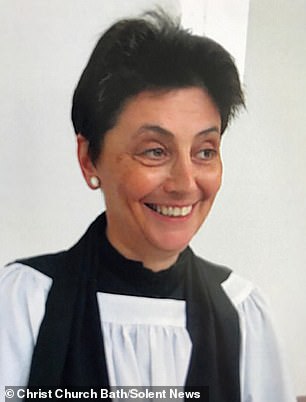 Rev Lore Chumbley, a retired surgeon, ensured the pensioner was comfortable and gave him painkillers as the show went on

The pensioner had been enjoying a rendition of Stainer’s Crucifixion by choir Canzona when he stood up to stretch his legs during the interval.

Keith Malone, a former ITV journalist from Bristol, attended the concert and saw the man stumble, almost hitting his head on a pew as he fell.

The 65 year old said: ‘I had a front-row seat and I was just chatting to my wife during the interval when suddenly this man fell against me and collapsed to the floor.

‘It was lucky I was there because otherwise he would have hit his head on the wooden pew.

‘Several people there had medical experience and the vicar herself is a retired surgeon, so he was in good hands. He had a really bad pain in his hip so they suspected it might be a fracture. 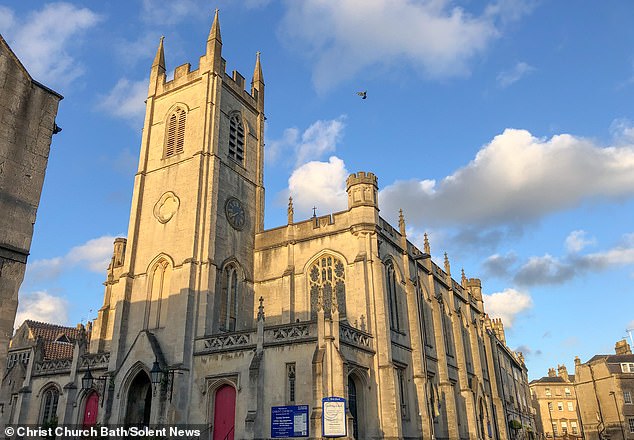 Christ Church in Bath, Somerset was holding an evening choir concert when the man fell

‘They put cushions under his head and his leg to make him comfortable and he was given some paracetamol for the pain. Meanwhile, someone had rung 999 for an ambulance.’

But by then, the 7pm interval was almost over and the second half of the concert was due to begin with the elderly gentleman still lying on the floor at the foot of the stage.

Mr Malone continued: ‘The audience was waiting for part two of the concert so the musical director came up and asked the man what he wanted to do.

‘He insisted he wanted the show to go on, with him lying on the floor.

‘He said he ‘didn’t want to mess things up’ and I said to him ‘this is like what they did on the Titanic – the band played on’.

‘So he listened to the rest of the concert – Rutter’s Requiem – and clapped for Canzona when they had finished.

‘They, in turn, applauded him for his fortitude in making it through the show. It was wonderful the way everyone came together to support him.’

Once the concert was over, the man’s wife, Rev Lore and members of the congregation waited with him for the ambulance.

‘He was very jolly and brave, despite being in a lot of pain – such a wonderful man.

‘One young chap in the congregation stood outside in the cold all night waiting for the ambulance to come, to flag it down in the dark.

‘The paramedics were very polite – there was absolutely nothing they could do to get to us sooner. But we were worried and he was worried.

‘My concern was I was with the man and his wife, but had they been alone, had it happened at home, they would not have known what he could do.

‘You expect an ambulance to turn up in half an hour. They simply could not believe it was going to be that long, but we waited and waited.

‘Nobody slept, his wife sat next to him. He was in pain if he moved a millimetre – he was extremely brave as it was extremely painful.

‘In the morning, we prayed for the ambulance to come and – I’m not claiming divine right – but 20 minutes later it did at around 7am.

‘They had to give him morphine to move him as any movement was exquisitely painful.’

Rev Lore said the man has since had an operation. 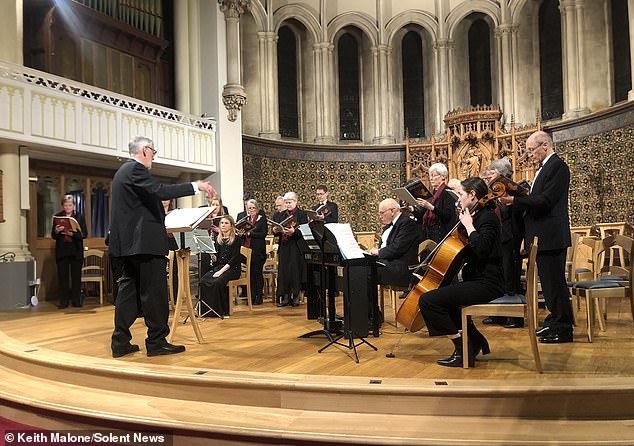 A spokesperson for South Western Ambulance Service NHS Foundation Trust said: ‘We would like to wish this patient well in their recovery.

‘We are sorry that, due to the health and social care system being under severe pressure, some patients are having to wait longer for an ambulance.

‘One of the reasons is the length of time it’s taking us to hand over patients into busy hospitals.

‘We are working closely with NHS partners to address these delays, so our crews can get back out on the road for other patients.

‘However, even with the additional resources we are making available, the number of ambulances currently waiting for prolonged periods of time at Emergency Departments inevitably impacts our ability to respond to patients.’