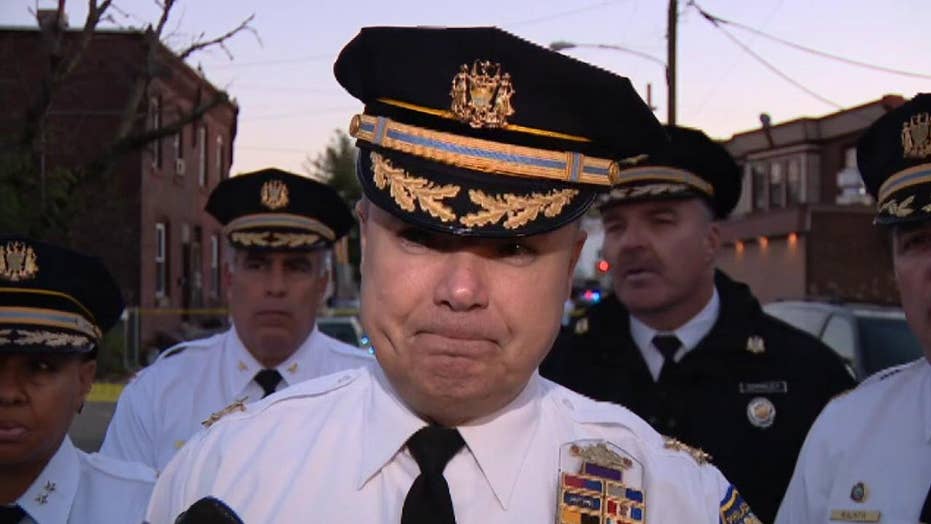 Police: 10-year-old Pennsylvania boy was shot in the head while walking home from school

Aerial footage of the scene.

A 10-year-old boy is in critical but stable condition after he was shot in the head as he was walking home from school during a drive-by shooting in Pennsylvania on Wednesday, police said.

The gunfire came from a car just after 3:30 p.m. Wednesday about two blocks from a middle school in the Frankford neighborhood in northeast Philadelphia, police said.

The boy was hit in the back of the head while walking on Margaret Street near Torresdale Avenue, investigators said. He was rushed to a local children’s hospital in critical condition, they added.

MAN CHARGED IN SHOOTING DEATH OF 2-YEAR-OLD GIRL IN PHILADELPHIA, ANOTHER MAN IN CUSTODY: POLICE

"Another child has been hit with gunfire at the hands of a coward," Deputy Commissioner Joe Sullivan, with the Philadelphia Police Department, said on Wednesday.

“Our heart goes out to this family,” he added.

Sullivan called the shooting "unacceptable" and said he hopes the community will come forward with information to help solve the case.

The gunfire came from the backseat of a red or maroon Pontiac G6, according to Sullivan.

The 10-year-old shot has been identified as Semaj O'Branty by family member, WPVI-TV reported.

“Every resource within this department is now actively involved in this investigation and we are going to stop at nothing to make an apprehension of these individuals,” Sullivan told reporters on Wednesday.

A few weeks ago, a gunman firing into a north Philadelphia home killed a 2-year-old girl. This, just a day after an 11-month-old boy was critically injured in another part of the city when gunshots hit a car.