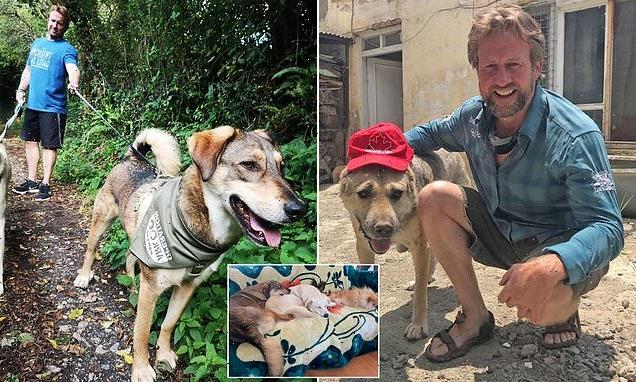 Former Royal Marine Paul ‘Pen’ Farthing has spoken of his ‘total relief’ after dozens of employees from his animal shelter in Afghanistan were able to fly to Britain after the Taliban seized power last month.

Mr Farthing, 52, from Essex, said members of staff at the Nowzad shelter have been flying into the UK from Islamabad, Pakistan, over the last month after leaving Kabul on September 11.

A total of 50 have moved so far and 17 are still in Islamabad being processed.

Mr Farthing said: ‘It’s a total relief to be honest, knowing that they’re safe now in England or on their way to England and starting new lives with all the opportunities for them. 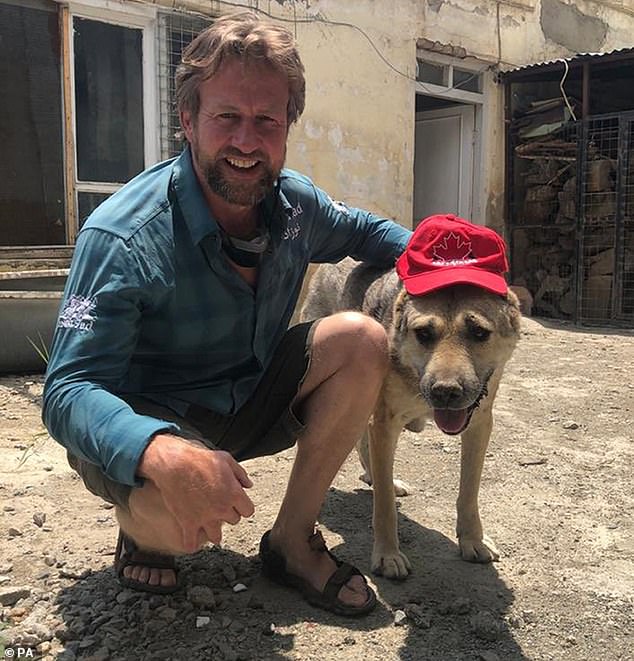 ‘We’ve got a shortage of veterinarians here in the UK so having these passionate people to add to the team is only going to help us all.

‘I’m looking forward to the day when they’re going to get out of quarantine and then I actually get to see them in person.

‘That’s going to be absolutely amazing.’

Some staff will now retrain to qualify as vets in the UK while others will get different jobs and study English to improve their language skills.

Mr Farthing said that the charity has received offers of accommodation, jobs and support from Britons who are keen to help the Afghans settle into their new lives.

For the animals, a total of 94 dogs and 68 cats were rescued from Afghanistan after Nowzad launched its Operation Ark campaign.

A total of 10 dogs have been adopted so far and 30 dogs are still waiting to be rehomed.

The rest of the dogs are due to be reunited with their owners who already adopted or owned them prior to the US and UK withdrawing their troops from Afghanistan.

Most of the animals are also still in quarantine due to paperwork reasons or their owners have not been able to collect them yet but some have been rehomed in Britain in recent weeks. 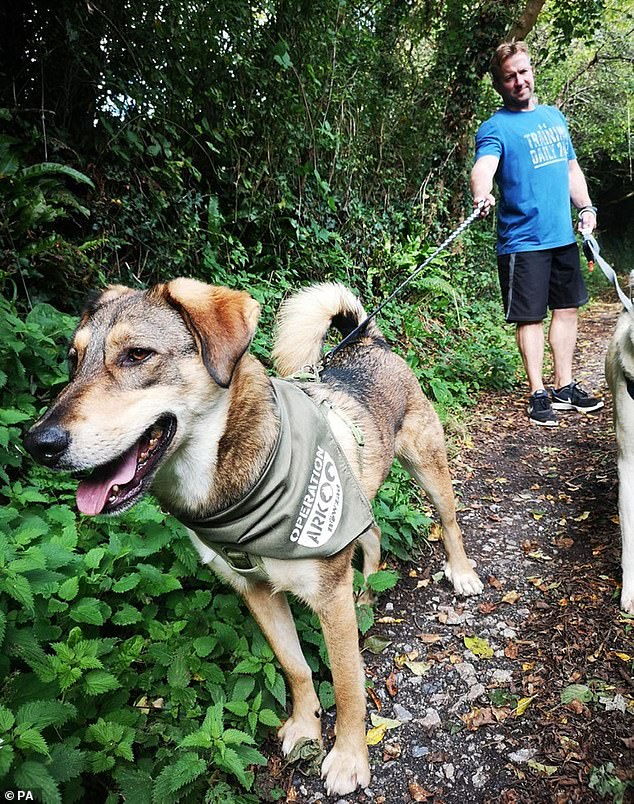 The former royal marine said staff have been flying into the UK from Islamabad, Pakistan, over the last month after leaving Kabul on September 11 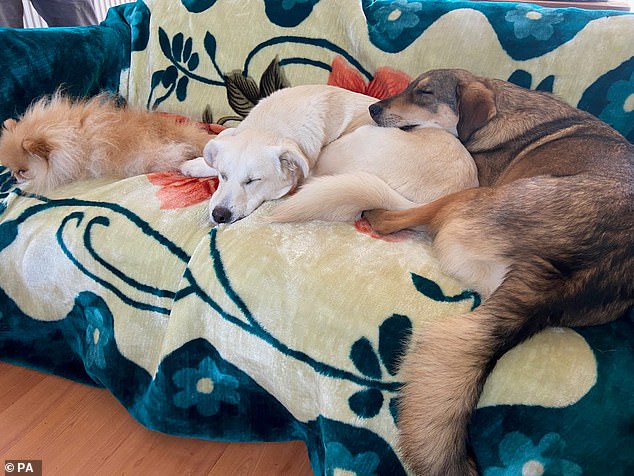 Mr Farthing was reunited with his dogs, Ragnar, Cora and Ewok (pictured), at the end of September

A branch of Nowzad still remains in Kabul but now solely operates as a donkey rescue centre.

It is being run by Nowzad staff who did not want to leave Afghanistan.

Mr Farthing and his wife Kaisa were also reunited with their dogs, Ragnar, Cora and Ewok, at the end of September after the pair had to quarantine following their visit to Afghanistan.

Reflecting on the difficulties over the last few months, Mr Farthing said he would not change how he and his staff handled the evacuation of the animals and workers from Kabul.

‘From our side of things, we dealt with the cards that we were dealt with and we had to make plans based on the information we had and the situation as it was evolving,’ he said.

‘Definitely the American government and the British government could have planned this withdrawal a lot better and in a different way, without a shadow of a doubt.

‘Recently I’ve seen that the British representative to Afghanistan has just met with the Taliban, their leadership, in Kabul.

‘That’s only a month after the withdrawal.

‘We have to ask, why did they put everybody through that?

‘We could have had a completely different outcome to this.

‘I think they put the emphasis on the fact it was an emergency evacuation and so everybody had to go with it.

‘There’s not a lot we could have done any differently.’