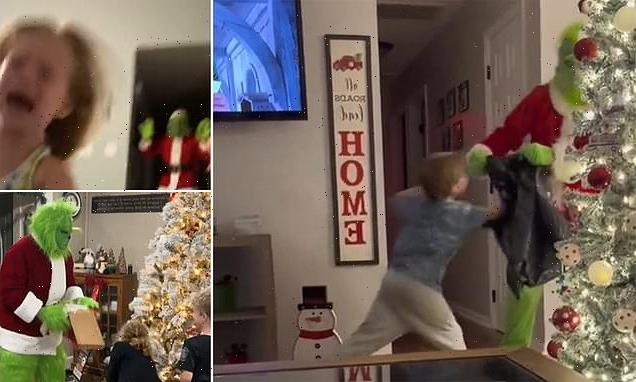 Nightmare before Christmas! Parents spark backlash by dressing up as the Grinch to steal holiday gifts from their traumatized kids – leaving them screaming and crying

Parents are leaving their kids traumatized by dressing up as the Grinch and stealing presents from their own home – sparking a huge debate on social media about whether or not the latest prank is cruel to children.

A new set of viral videos sees parents enjoying traumatizing their own kids as someone dressed at the Grinch comes into their home to steal their holiday gifts.

A number of the setups have gone viral in recent days which sees children at home when suddenly all peace and tranquility is shattered as the mean spirited character barges inside without anyone putting up a fight.

Predictably, in almost every scenario it all ends in tears as children either run for their lives distraught at what they had just witnessed, although in at least one instance, one boy attempted to fight back.

In some of the examples, the children freeze in sheer panic as they struggle to understand what’s happening. 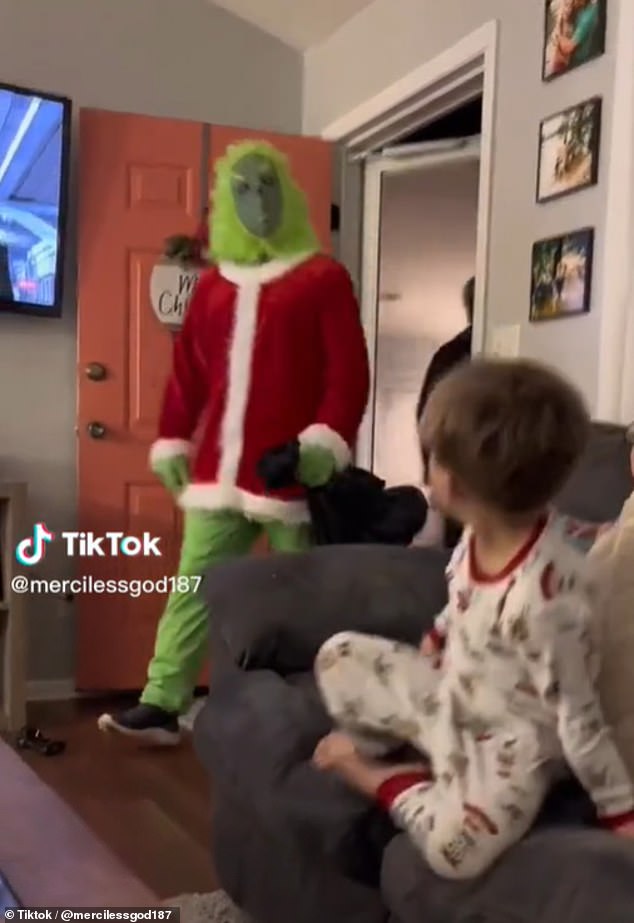 They’re mean ones! A holiday trend see parents dressing up as the Grinch ‘stealing’ gifts from under the Christmas tree as a prank, causing some children to scream and cry in fear 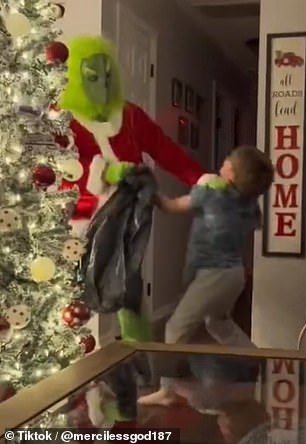 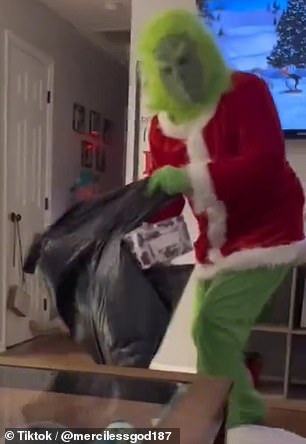 In one TikTok video that has generated more than 33 million views, two young kids are happily watching the movie Elf when the Grinch arrives with a trash bag in hand.

The boys’ reaction is immediate as they scream and hurriedly move out of the way while throwing a pillow to try and get the miserable monster to back off.

One boy stays put on the couch as tears stream down his face while his brother pushes and punches the Grinch who simply shoves him out of the way and ultimately makes it out of the home with their presents.

It has led to users online questioning the prank.

‘Teacher: so what did you get for Christmas. Kid: PTSD,’ one user commented.

‘What did you get your kids for Christmas? Trauma …. I traumatized them,’ wrote another.

‘I really don’t understand why anyone would want to upset their kids like this,’ posted another user.

Despite the online backlash, families still seem to be enjoying themselves with the prank. 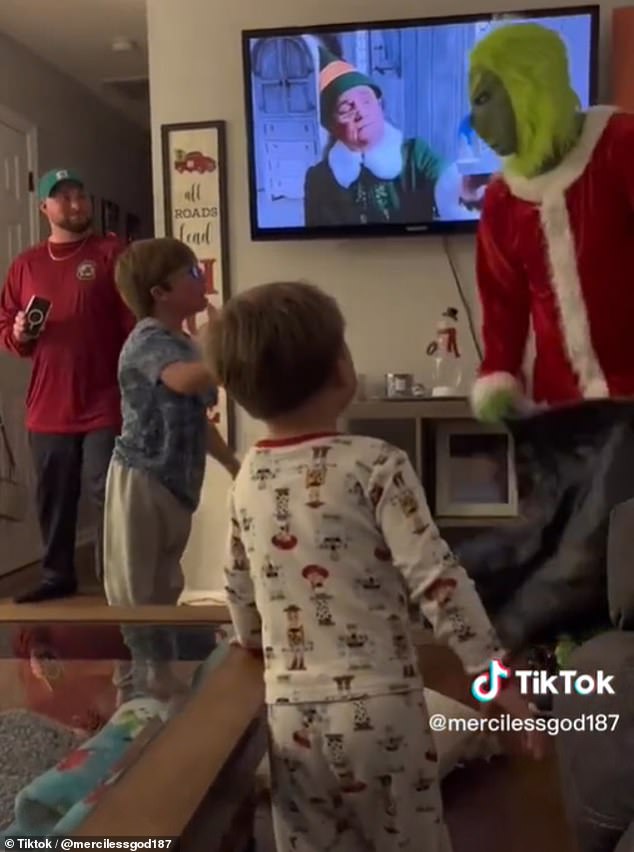 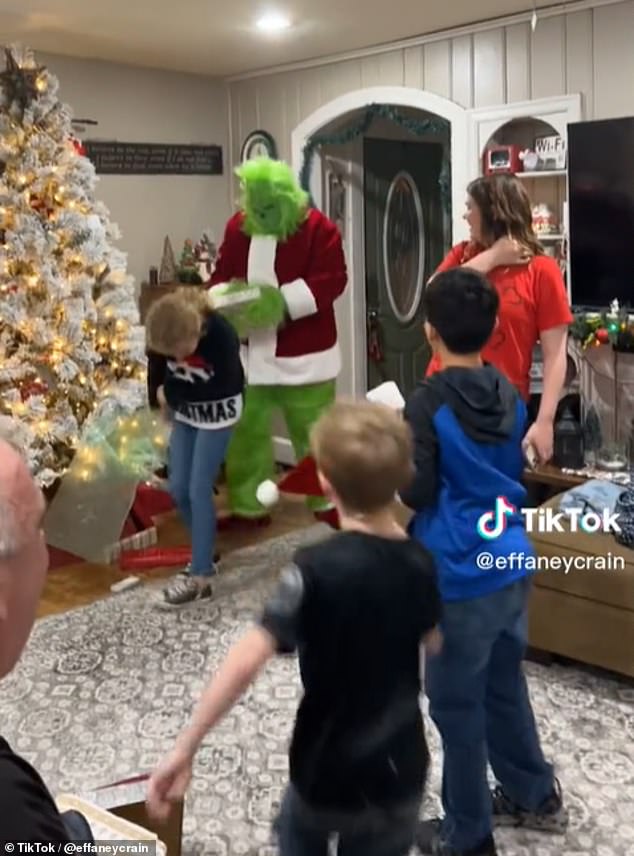 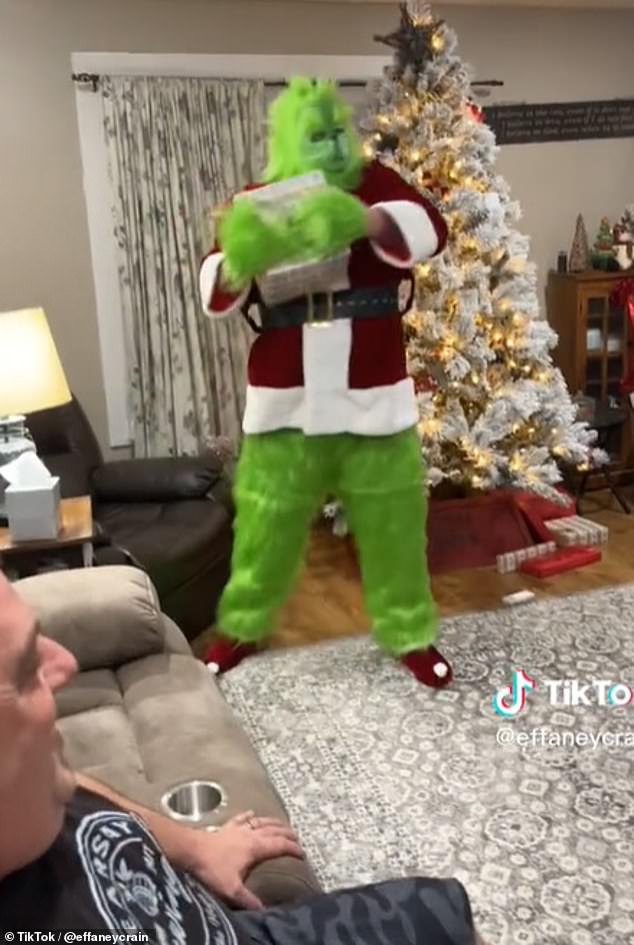 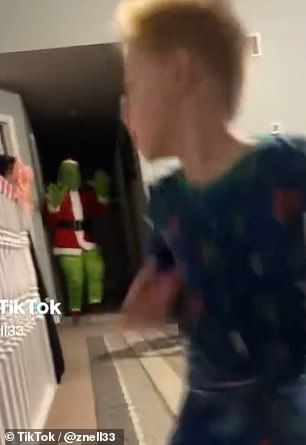 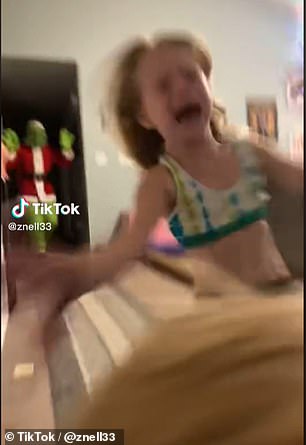 In another video, children could be seen screaming in terror as their father terrorized them 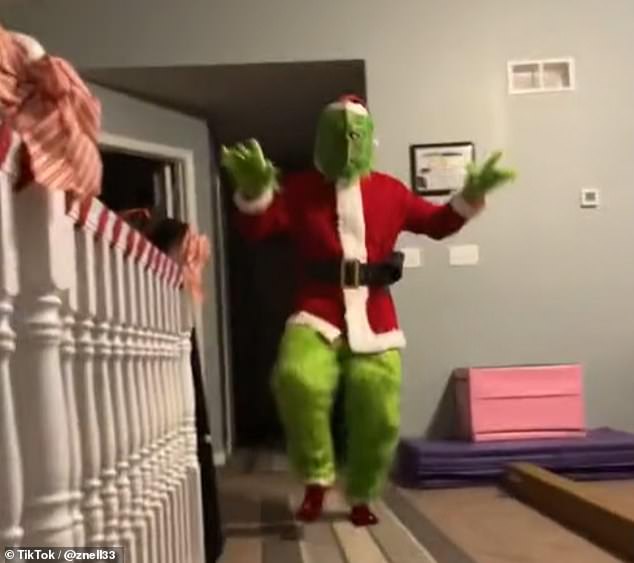 In another video, the Grinch can be seen breaking into one family’s Christmas party just as children are playing around by the Christmas tree.

All of the children run and hide as the Grinch smashes open their presents.

Meanwhile, their parents can be seen comfortably seated on the sofa chuckling away as the drama unfolds before them.

One viral video with almost 4 million views shows dad Zak Nellemann scaring his own children as he comes into the home dressed up as the Grinch.

Nellemann dances down the hallway as his kids scream and run for cover.

Although they are terrified in one video, in follow-up clips the children can be seen trying on the Gricnh costume for themselves. 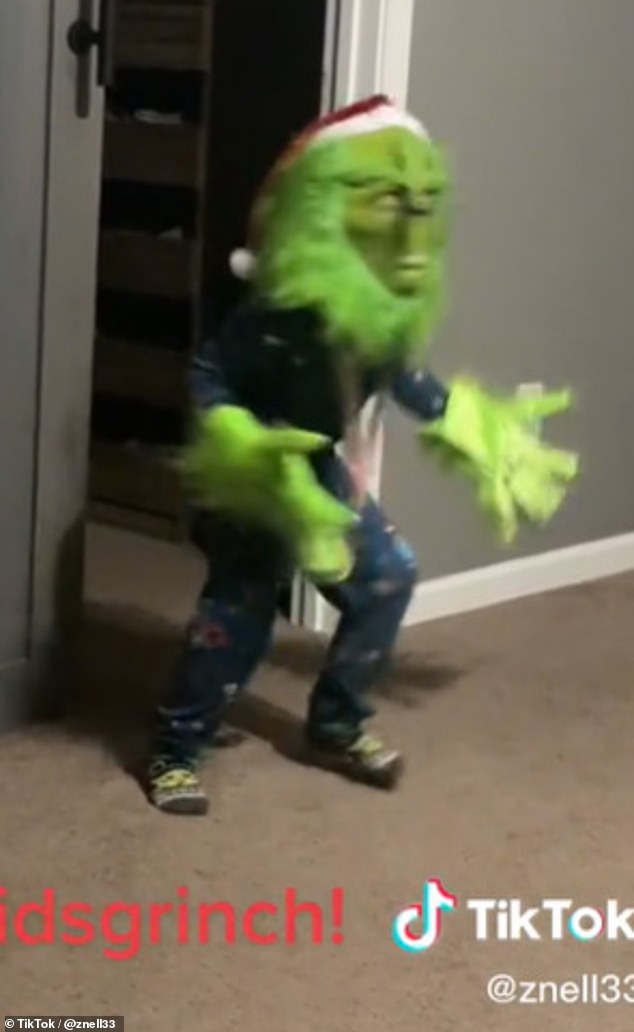