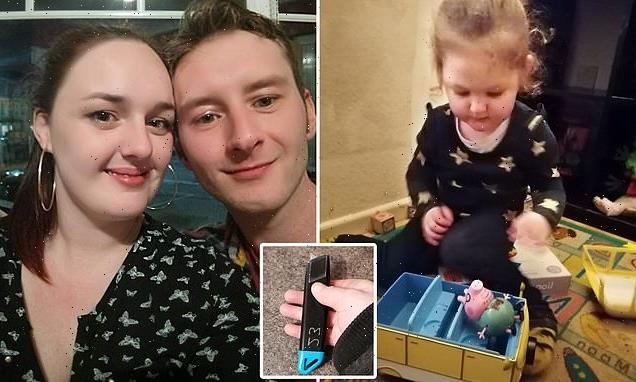 A couple were horrified after their two-year-old daughter found a small knife inside a Peppa Pig box while unwrapping her presents on Christmas morning.

Martin Sexton, 36, rushed to grab the rusty retractable knife out of his daughter Maggie’s hands at their home in Brackley, Northamptonshire.

Mr Sexton, 36, and fiancée Kelly Francis, 31, said they spent much of Christmas Day trying to contact the vendor who sold them the toy after the shock discovery and have since been promised an investigation.

‘It could have been horrific,’ said Mr Sexton. ‘As both our children are autistic, we have to be particularly vigilant when opening boxes that contain plastic ties. Parents with more developed children might have just let them get on with opening their own presents.’ 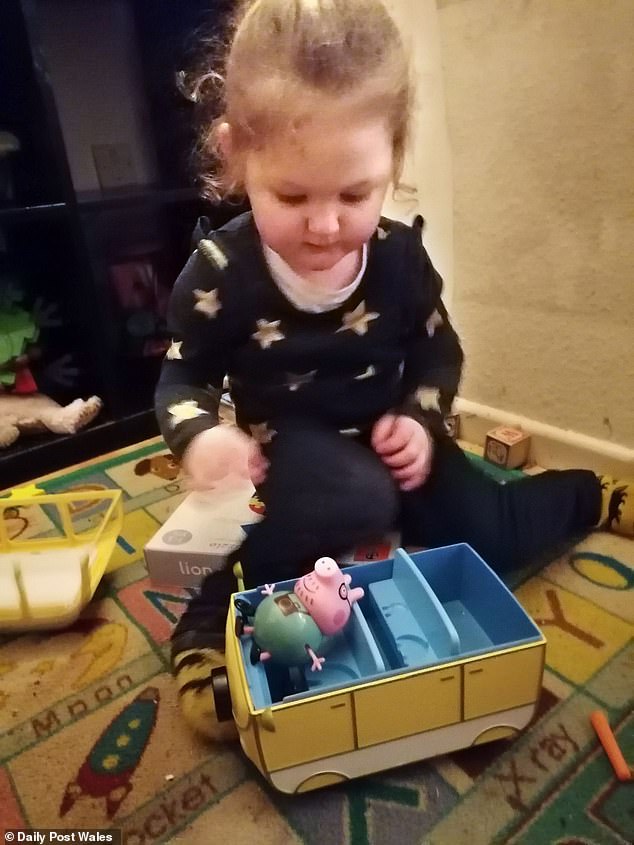 Two-year-old Maggie Sexton of Brackley, Northamptonshire, came across the retractable knife inside her Peppa Pig toy which she opened on Christmas morning 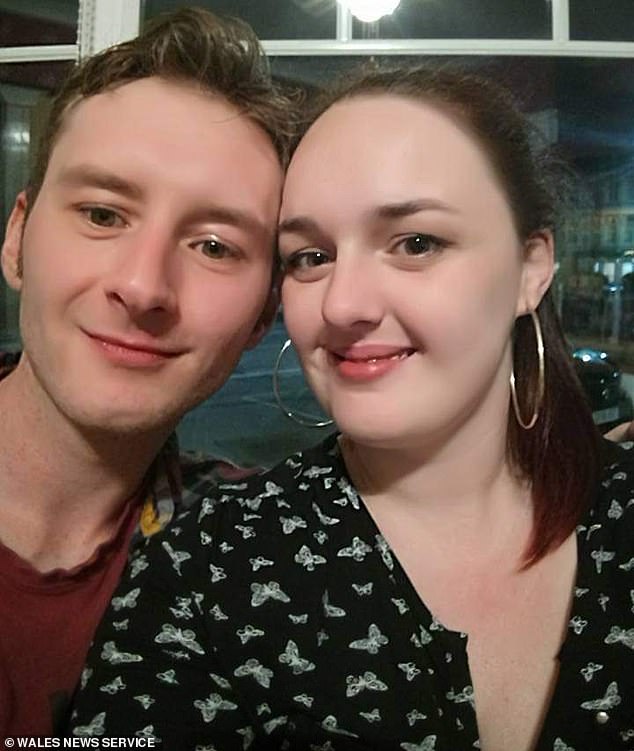 Maggie’s parents Martin Sexton, 36, and Kelly Francis, 31, said they spent much of Christmas day trying to contact the vendor who sold them the toy after the shock discovery and have since been promised an investigation

Mr Sexton and Miss Francis had been looking forward to spending Christmas at home with their children, Archie, three, and Maggie, two. They’d begun unwrapping a huge pile of presents that included a yellow Peppa Pig campervan for Maggie.

‘We were keeping a close eye on the children,’ said Mr Sexton, a poultry welfare officer. ‘But when something fell out from a void in the cardboard packaging, initially I thought it was just a plastic component.

‘As Maggie reached for it, I saw it was a blue knife. The blade was rusty and the retractable blade didn’t have a safety catch, so it could just slide in and out.

‘I managed to grab it just before Maggie did. It was just as well I did, as it’s pretty likely Maggie would have put it in her mouth.

‘Kelly was absolutely furious. Had Maggie put it in her mouth it’s very likely we would have had the Army rushing her to hospital in an ambulance.’ 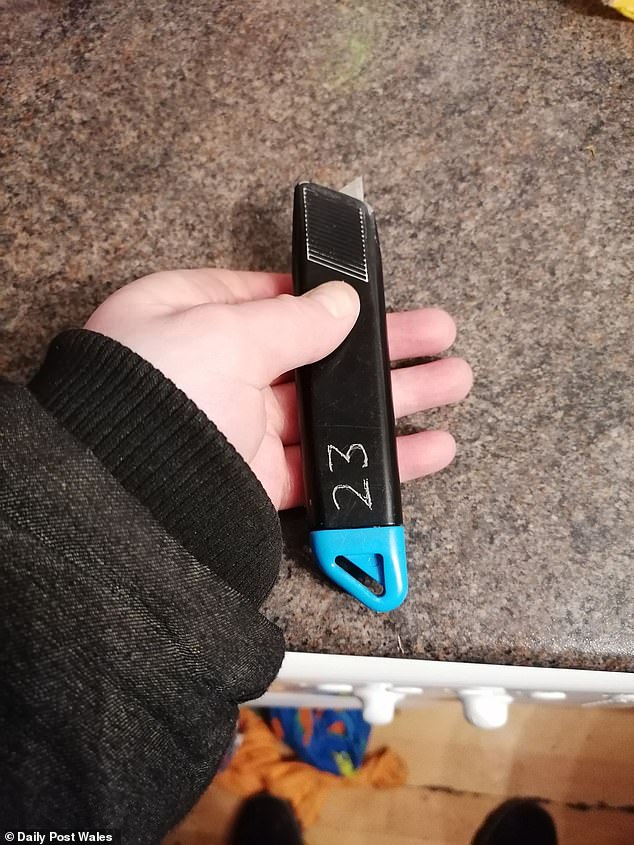 Mr Sexton said: ‘I managed to grab the knife just before Maggie did. It was just as well I did, as it’s pretty likely Maggie would have put it in her mouth’ (Pictured: The knife in Maggie’s hand)

Sharing photos of the knife on Facebook, Miss Francis said the incident had left her ‘absolutely fuming’.

She wrote: ‘So lucky and thankful Martin opened it with her and found it first!’

After re-checking their receipts, the couple confirmed they had ordered the gift from Studio, an online retailer that’s owned by the Studio Retail Group. The company was acquired for £1 by billionaire Mike Ashley’s Frasers Group in February 2022.

Unable to speak to anyone on Christmas Day, they tried again on Boxing Day and were put through to the complaints department.

‘They were pretty shocked,’ said Mr Sexton. ‘They passed on the complaint to the investigations team, saying they need to know how this happened.’

The wooden Peppa Pig campervan was manufactured in China and Mr Sexton suspects the blue Martor knife was accidently lost when the item was being packaged. ‘Some guy in China is probably still looking around for his knife,’ he said. 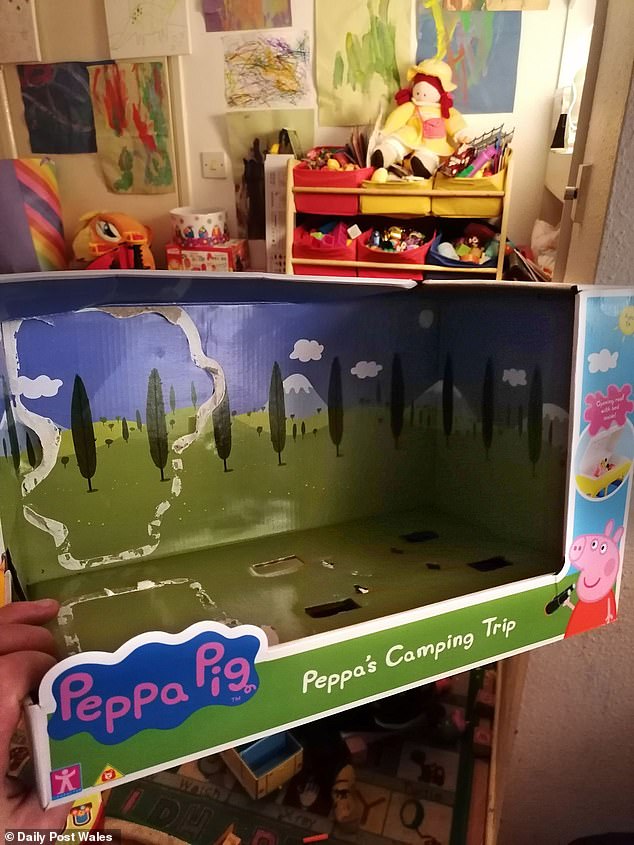 The knife was found inside this box of Peppa Pig’s Camping Trip, which was packaged in China

‘There was a void in the bottom of the box where the plastic bindings were tied. Someone probably put the knife down for a second and forgot about it when trimming the ties. When looking at the product in its finished packaging, the knife wasn’t visible at all.’

The parents said they were shaken over the incident but determined that it wouldn’t spoil Christmas for their young children, who they carefully watched over as they continued to open their presents.

‘It’s been slow going,’ said Mr Sexton. ‘We’re careful anyway but now we’re being even more meticulous to make sure there are no more unwanted surprises.

‘We have played through the various horrible what-if-we-hadn’t-seen-it-when-we-did scenarios. What if our other child had picked it up?

‘What if the dirty work blade had cut someone, particularly with so many emergency services currently on strike? But the prevailing feeling is a sense of relief that nobody got hurt.’