Israeli forces shoot dead 27-year-old near a checkpoint in the occupied West Bank city of Hebron. 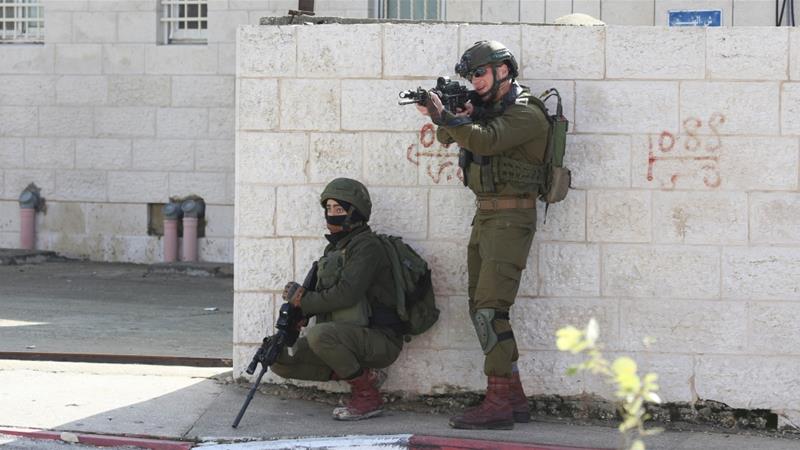 Israeli forces have shot dead a Palestinian man in a village in the occupied West Bank after he allegedly attempted a car-ramming attack near a checkpoint, local media reported.

The Palestinian was identified by local media as 27-year-old Omar Hassan Awad from the town of Idhna in Hebron.

According to the Palestinian Authority’s health ministry, Awad succumbed to his wounds after he was shot in the back several times while driving his vehicle near a checkpoint.

According to Wafa news agency, Awad was left bleeding for some time before a Palestinian Red Crescent ambulance was allowed to enter the scene to take him. He was pronounced dead upon arriving at the hospital.

Palestinian Maan news agency reported that the Israeli army claimed its soldiers shot at the car when the driver refused to stop for inspection. It alleged that this placed the lives of the soldiers in danger, which prompted them to open fire.

The incident comes a day after Israeli forces raided the West Bank city of Ramallah in search of gunmen, who on Sunday wounded seven Israeli Jewish settlers near the illegal settlement of Ofra in a drive-by shooting, according to the Israeli army.

A number of local and international human rights groups have raised concerns that Israeli security forces have employed a “shoot-to-kill” policy when confronting Palestinians.

The Israeli police relaxed its open-fire regulations in December 2015, permitting soldiers to open fire on those throwing stones or firebombs as an initial option, without having to use non-lethal weapons first.