ISLAMABAD (Reuters) – Pakistan’s Supreme Court on Tuesday upheld the acquittal of a Christian woman who spent years on death row after being convicted of blasphemy, dismissing a petition filed by Islamists who have called for her execution. 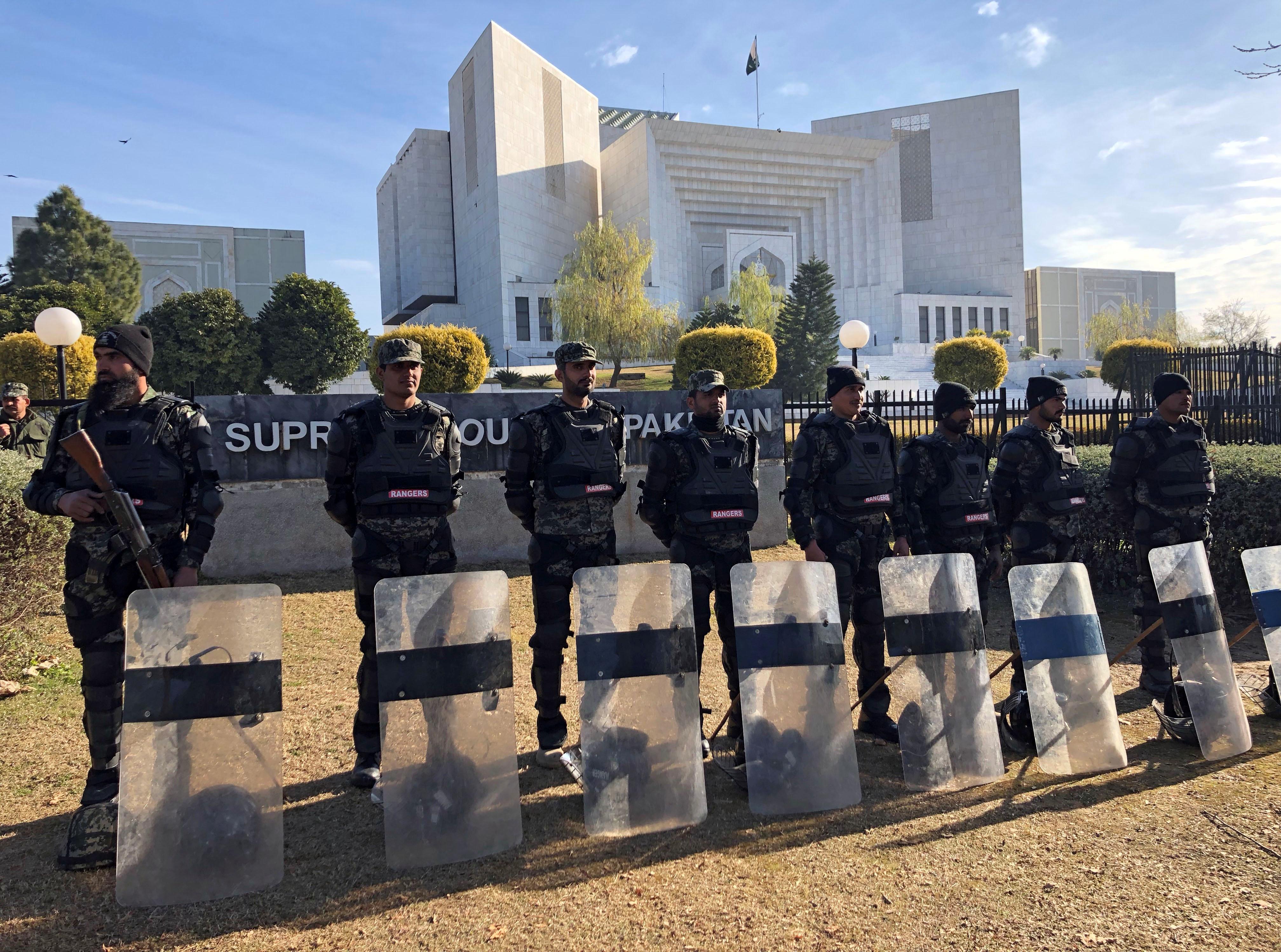 “On merit, this petition is dismissed,” Chief Justice Asif Saeed Khosa said in court, saying the petitioners, led by a village prayer leader, had failed to point out any mistake in the original judgment

Asia Bibi, a farm worker, was convicted in 2010 of making derogatory remarks about Islam after neighbors working in the fields with her objected to her drinking water from their glass because she was not Muslim.

Her conviction was overturned in October, prompting protests from religious hardliners calling for her death and demanding that the government prevent her from leaving the country.

Under pressure from days of protests in the capital, Islamabad, and other cities, the government agreed to stop Bibi leaving the country until the Supreme Court heard a review petition.

Bibi, who spent eight years on death row, has been in hiding since the Supreme Court freed her in October. She has always denied committing blasphemy.

In remarks in court, Khosa was severely critical of the petitioners’ attempt to have the judgment reversed and said Bibi had been convicted on the basis of false evidence, pointing to discrepancies in testimony presented in the original case.

“You think we give the death sentence to someone on the basis of false evidence?” Khosa said. “Such lies were told that one statement doesn’t match with another.”

“Please point out any error in our judgment and we’re ready to rectify it,” he said.

“You start declaring someone deserves to be killed just on the basis of false evidence.”

Hours before the Supreme Court announced its decision, Shafeeq Ameeni, acting head of the hardline Tehreek-e Labaik group, which led the protests last year, issued a new warning to the court not to rule in favor of the “blasphemer”.

Ameeni was not immediately available for comment after the ruling.

Rights group Amnesty International issued a statement calling for Bibi, who is staying at an undisclosed location, to be allowed to “reunite with her family and seek safety in a country of her choice”.

“They have a duty to protect against threats of violence to harm religious minorities or the lives of judges or other government officials.”

If allowed to do so, Bibi is expected to seek asylum abroad. In November, Canadian Premier Justin Trudeau said his country was in talks with Pakistan about helping her.