An Oxford University scholar has said he has proof that a Professor twice his age made unwanted sexual advances to him and has claimed the advance was captured on tape.

Dr Matthew Levy, who is suing the University of Oxford for sexual discrimination, said he found a recording on an old mobile phone where he states that his superior Professor Peter Norreys told him he would destroy his career if he refused his advances during a private meeting.

The 32-year-old said that after he thwarted the unwanted sexual overtures towards him, that he was then subjected to a bullying campaign by the professor and his colleagues.

Dr Levy now claims that since the first round of the employment tribunal in November 2017, he had found an audio recording in the memory of an old iPhone of a meeting between himself and Professor Norreys on October 22, 2015 which will help to prove his allegations of unwanted sexual harassment.

The authenticity of the recording was set to be scrutinised by an employment tribunal panel whose chairman said that it would be pivotal to the entire case and that they would hear experts who would be able to tell if it was a forgery or a genuine recording.

Following the discovery of the audio recording, the full hearing, which had been scheduled for April this year had to be cancelled and a preliminary hearing was set to consider whether or not the recording is in fact real.

Audio experts are set to use algorithms and examine the metadata of the file to determine when it was created.

The tribunal judge ruled that more time will be allocated to determine whether the audio recording Dr Levy claims to have recovered via an iTunes backup, is a forgery, despite representatives for Prof. Norreys arguing that extending proceedings would be too costly.

Employment tribunal judge Stephen Vowles said the preliminary hearing was to decide whether the ‘recording produced by the claimant is a forgery.’

He said: ‘It came before after a nine day case was postponed in order that a preliminary hearing could be listed to consider this matter. 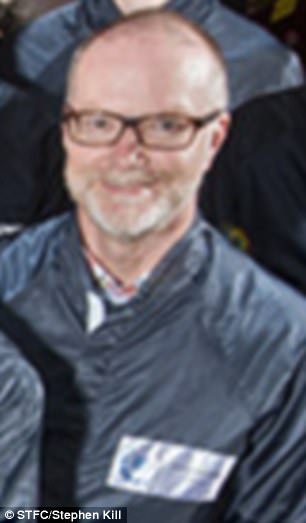 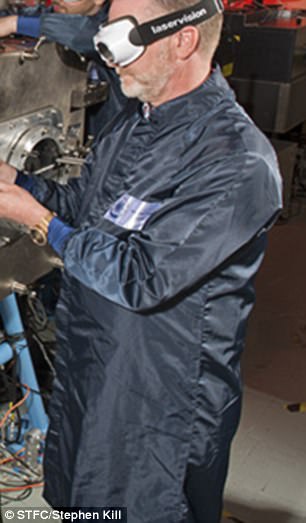 ‘I have spent the morning reading documents in the case and reading witness statements and reading the four expert reports produced. The claimant has made an application to postpone the case, on the basis our two day time frame was unrealistic. The respondent resisted the application for a postponement on grounds of cost.’

Judge Vowles ruled that he would allow five days to hear expert evidence and rebuttals and stressed the ‘make or break’ nature of the audio recording for the full hearing. 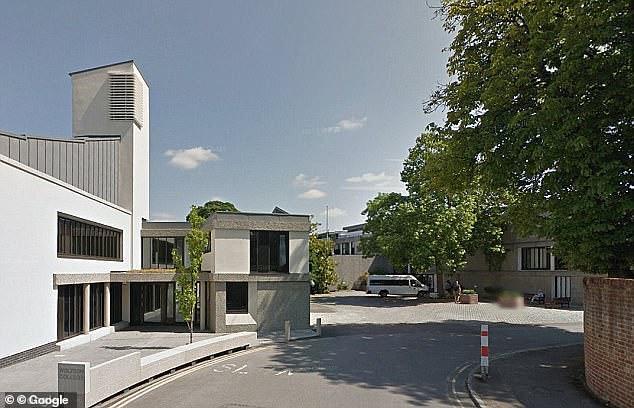 Dr Levy became a fellow of Wolfson College, Oxford (pictured) and claimed Mr Norreys had made a pass at him while they worked together on a project

Dr Levy is suing the Chancellor, Masters and Scholars of the University of Oxford and Professor Norreys for sexual discrimination.

At a previous hearing in Reading, Dr Levy had said: ‘In September 2016 I was pursuant to the University’s policy and procedure regarding harassment and bullying. I raised a grievance against Professor Peter Norreys for unwanted sexual harassment and victimisation when I thwarted his advances..’

In the months that followed, he said the professor’s supervision ‘went far beyond that which was required under the conditions.’ 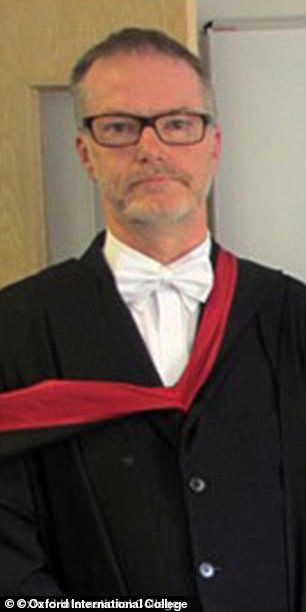 He said: ‘The conditions of my fellowship did not require the university or my supervisor to monitor my research and progress in such detail, or on such a regular basis as it occurred in reality.

‘In an investigation meeting relating to my grievance, Prof. Norreys stated that I ‘had a habit of not telling him’ what I was doing. This is simply untrue.

‘He referred in his investigation meeting to the fact that he wanted to be able to ‘interrogate’ me about the progress of my work.

‘In October he informed me in an email that my absences were having a detrimental effect on my productivity and they must stop immediately.

‘The absences Professor Norreys was referring to related primarily to the invited presentations I gave in the name of the university and the department, which he needed to, and did, approve. Prof. Norreys also approved my expenses and travel plan.

‘Professor Norreys had ultimate control of the training I took as well as over the progress of my Newton Fellowship projects.’

A further preliminary hearing was set to be held in the Spring of this year.