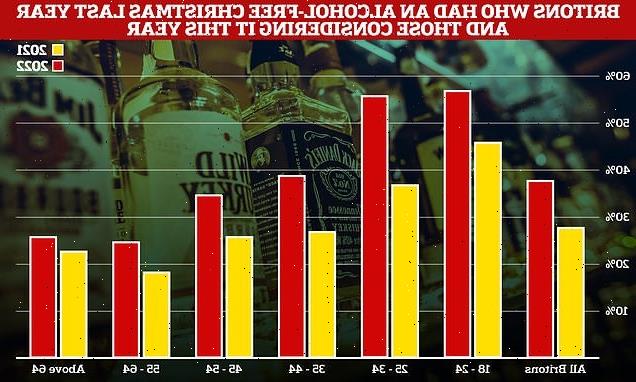 How Generation Z are dreaming of a dry Christmas: More than HALF of young people are planning to avoid booze over the festive period because they don’t want to ’embarrass themselves’ like older relatives

More than half of young people are planning to have a dry Christmas this year as sales of low and zero-alcohol beers, wines and spirits has boomed, new data shows.

Research has shown that the number of Britons who are planning to have an alcohol-free Christmas has risen by 10 per cent this year, with 38 per cent saying they expect to avoid a festive tipple.

Younger people who have grown up on social media ‘realise that they don’t want to be caught drunk on camera’, says the founder and chief of alcohol-free winery Thomson & Scott, Amanda Thomson. 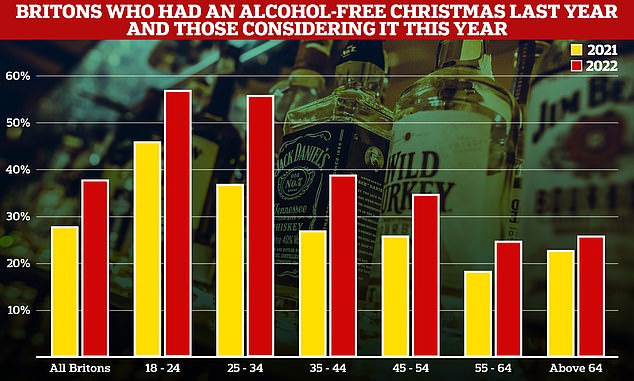 Britons who had an alcohol-free Christmas last year and those considering it this year. Source: Ocado 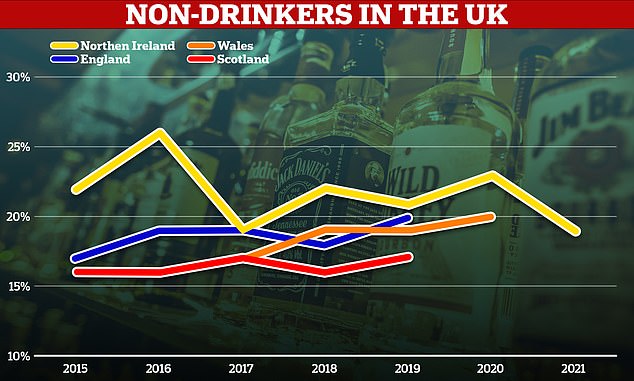 The number of non-drinkers in the UK has been rising since 2015 except in Northern Ireland. Source: Drinkaware

Gen Z have learned the lessons after seeing their parents and elders ’embarrass themselves’ after overdoing it, she told the Telegraph.

In comparison, approximately three quarters of over 55s are expecting their festive cheer this year will involve alcohol, according to consumer research by online supermarket Ocado.

But this age group are still reducing their alcohol this intake as this is a increase of 18 per cent of 55 to 64-year-olds and 23 per cent of over 64s not drinking last Christmas.

The research also asked respondents if they drank last New Year, and the numbers are largely similar, but show people are more slightly likely to avoid alcohol on December 31.

More than half (54%) of 18 to 34-year-olds bought no or low alcohol alternatives from a supermarket this year – and 44 per cent will be serving these drinks to friends and family during the festive period.

Six in ten said health reasons were the main factor behind their decision not to drink at Christmas, just over half said cost was a factor, and a little over four in ten said they wanted to enjoy this year’s festivities sober.

Data from Ocado has also shown sales of low and zero-alcohol beer, cider, sparkling wine and spirits has soared in the past year – as they increased their selection by near a third over the past year. 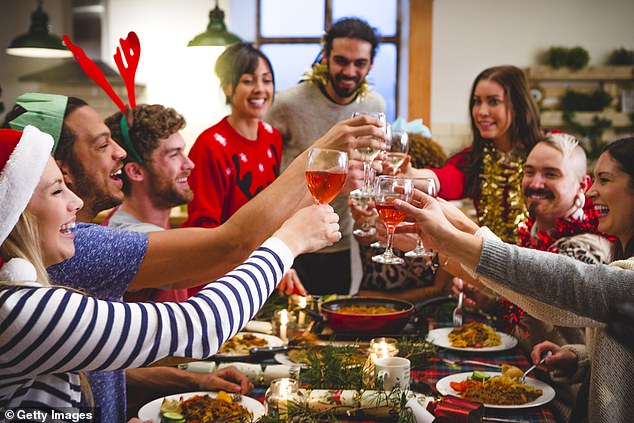 ‘Not drinking alcohol no longer means you can’t enjoy a glass of festive fizz or a Christmas cocktail.’

De-boozed wines has flown off their virtual shelves this year as Nozeco alcohol-free sparkling wine saw an 83 per cent rise in sales and De Bortoli’s 0.5% Shiraz – ‘The Very Cautious One’ – saw a 51 per cent sales boost.

Sales of alcohol-free cider are up by 24 per cent, while non-alcoholic spirits sales have increased by 10 per cent.

Data compiled by alcohol-awareness charity Drinkaware shows a small increase in teetotallers since 2015 in all UK nations bar Northern Ireland.

Sales of beer and lager have fallen nearly 12 per cent in the 12 week up to August 7 compared to last year, according to Kanatar – and sales over wine and cider fell nearly 10 per cent.

While a reduction in buying alcohol in the shops is partly down to pubs reopening since the pandemic, some drinkers are opting for low alcohol options in pubs.

Chief brewer of Adnams Andy Wood told the Telegraph that lots of people want to ‘moderate their alcohol intake’.

The brewer and pub chain also produce their own low-alcohol ale which Mr Wood says has led to a needed positive effect on sales in the run-up to Christmas.